Along with rain-swept streets, voiceover narration, and shadows neatly sliced by venetian blinds, one of film noir’s common features is the character suffering from memory loss. This month’s column takes a look at five films from the noir era with the amnesia motif.

As this film opens, Frank Thompson (Burgess Meredith) is walking along a busy street when he’s struck on the head by a piece of wood from a construction site. Knocked unconscious by the blow, he awakens to find himself in an unfamiliar part of town, and when he makes his way home, he learns that his wife (Louise Platt) has moved away. He’s finally able to track her down, but when he does, he discovers that he’s been missing for more than a year and he makes up his mind to unearth what happened to him during that time. He gets his first clue when he returns to the construction site and is recognized by a girl (Claire Trevor) who calls him “Dan” and informs him that he’s being sought for the murder of a wealthy landowner. 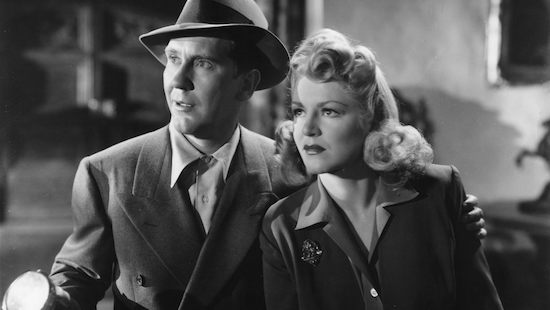 Burgess Meredith and Claire Trevor in Street of Chance (1942)

Trivia tidbit: In the mid-1990s, when I was working on my first book, Femme Noir: The Bad Girls of Film (shameless plug), I wrote to actor Burgess Meredith to ask him to share with me his recollections about Street of Chance. He promptly answered, “I’m sorry, but I don’t recall making this movie.” (I didn’t occur to me until just now, but I wonder if his response was tongue-in-cheek!)

This feature, directed and co-written by Joseph Mankiewicz, opens as a man (John Hodiak) awakens in a military hospital to find that he has no idea who he is. The hospital personnel call him “George Taylor” and the only clue the man has to his past is a rather unsettling note in his wallet that says, in part: “I’m ashamed for having loved you. And I shall pray as long as I live for someone or something to hurt and destroy you.” Taylor later learns that he’s been left $5,000 and a gun by a man named Larry Cravat, and he makes up his mind to track the man down, certain that he holds the key to his past. Along the way, Taylor encounters a number of individuals who have a connection to Cravat, including nightclub singer Christy Smith (Nancy Guild), Christy’s boss (Richard Conte), who offers to help Taylor in his quest, and Lt. Kendall (Lloyd Nolan), a wily detective who reveals that Cravat vanished two years earlier with a cool $2 million. 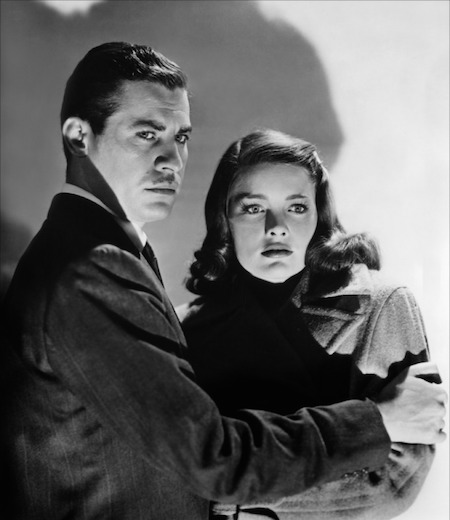 John Hodiak and Nancy Guild, Somewhere in the Night (1946)

Trivia tidbit: Somewhere in the Night was Nancy Guild’s film debut. Ads for the movie urged: “Meet that Guild girl – she rhymes with wild!” Although she signed a seven-year contract with 20th Century Fox in 1946, Guild retired from the big screen in the early 1950s after appearing in just seven films (including 1951’s Abbott and Costello Meet the Invisible Man).

Released in a year known for such famed noir features as Out of the Past, Kiss of Death, and Nightmare Alley, Fall Guy was definitely one of the year’s lesser-known outputs. The film was based on a short story by Cornell Woolrich entitled “Cocaine,” and starred Leo (billed as Clifford) Penn as Tom Cochrane, who is found drugged and unconscious in the street with a bloody knife beside him. When Cochrane wakes up in the hospital to incessant grilling by detectives, he’s unable to recall the circumstances that led to his capture. He can only remember attending a party, blacking out, and awakening to find the body of a dead woman in the closet. He later escapes and teams up with his girlfriend (Teala Loring) and a policeman friend (Robert Armstrong) in an effort to find out what really happened. 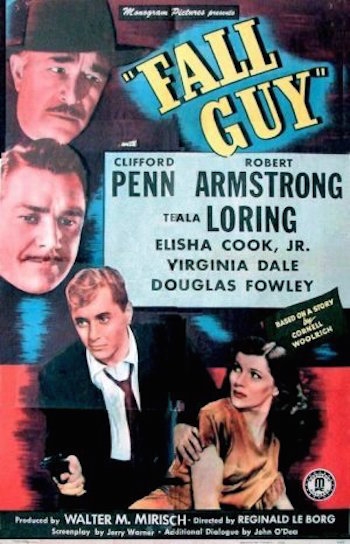 Trivia tidbit: The film’s star, Leo Penn, was the father of actors Senn and Chris Penn. He was blacklisted during the 1940s and 1950s after he publicly supported the Hollywood 10, a group of screenwriters, directors and producer who were accused of having Communist sympathies. He kept afloat by acting in television and stage productions, and later became a television director, helming episodes for a wide variety of popular series, including 77 Sunset Strip, Bonanza, Marcus Welby, St. Elsewhere, and Matlock. Penn’s first wife was actress Olive Deering, perhaps best known for portraying Miriam in The Ten Commandments (1956). His second wife, and the mother of his children, was actress Eileen Ryan, who played in Benny and Joon (1993) and I Am Sam (2001), and portrayed the grandmother of her sons, Sean and Chris, in At Close Range (1996).

Like Somewhere in the Night, The Crooked Way focuses on a war veteran who’s in search of his identity. In this case, it’s Eddie Rice (John Payne), who’s a permanent victim of amnesia due to a piece of shrapnel lodged in his brain. Armed only with the knowledge that he enlisted in Los Angeles, Eddie returns there, quickly discovering that his real name is Eddie Riccardi and that he has a long rap sheet, a hostile ex-wife (Ellen Drew), and a former partner in crime (Sonny Tufts), who’s determined  to pay him back for a pre-war betrayal. 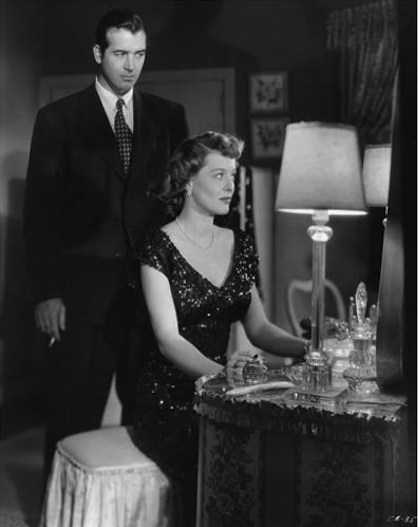 John Payne and Ellen Drew in The Crooked Way

Trivia tidbit: The Crooked Way opens with a shot of Letterman General Hospital in San Francisco, where Eddie Rice/Riccardi is convalescing. Letterman was built in the late 1890s or the early 1900s as the U.S. Army Hospital General Hospital at the Presidio of San Francisco. In 1911, the hospital was renamed after Major Jonathan Letterman, a founding father of military medicine. Some of the original buildings of the complex are still standing, and most of the former grounds are now home to the Letterman Digital and New Media Arts Center, headquarters of none other than famed filmmaker John Lucas’s Lucasfilm.

This film, based on a novel by Mickey Spillane, stars Anthony Quinn as amnesia sufferer Johnny McBride, whose memory loss was caused by a car accident and who, like so many others in his condition, goes looking for clues to his past. McBride’s quest leads him to his hometown, where he’s promptly arrested for the murder of the city’s district attorney. Fortunately for McBride, he has no fingerprints (they’ve been burned off!), so there’s no evidence and he’s released. Back on the streets, he determines to find the real killer. 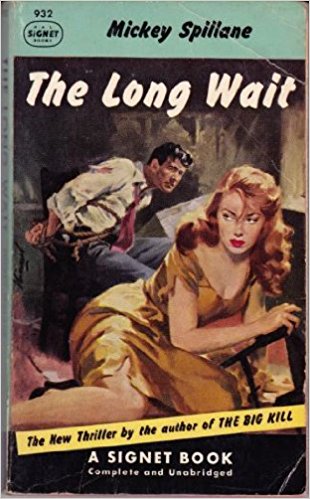 The Long Wait by Mickey Spillane

Trivia tidbit: Born Frank Morrison Spillane, pulp fiction writer Mickey Spillane was born in Brooklyn, New York, the only child of an Irish bartender father and a Scottish mother. Spillane attended Erasmus Hall High School – the school’s many famous alumni include Susan Hayward, Eli Wallach, Barbara Stanwyck, and Dorothy Kilgallen. Spillane was a fighter pilot and flight instructor during World War II; while flying over Murrells Inlet, South Carolina, he decided to make the unincorporated coastal fishing village his home, and lived there until his death in 2006. Spillane became famous for his Mike Hammer detective novels; in addition to The Long Wait, two other novels were made into film noir features – I, The Jury (1953) and Kiss Me Deadly (1955). In another feature film based on one of his books, The Girl Hunters (1963), Spillane himself played Mike Hammer, becoming the only mystery writer to portray his own fictional private eye on screen.

Interested in films with an amnesia theme? Don’t forget (get it?) to check these out!

This entry was posted in Noir Nook, Posts by Karen Burroughs Hannsberry and tagged amnesia in film noir, film noir. Bookmark the permalink.