Saddle Up with Anne Bancroft

When I think of actress Anne Bancroft, I picture the sexy, seductive Mrs. Robinson of The Graduate (1967) or the determined Annie Sullivan of The Miracle Worker (1962). Or a feisty New Yorker, whether she’s the woman who loves books in 84 Charing Cross Road (1984) or the devoted fan in Garbo Talks (1984). In my mind, Bancroft’s almost always a modern woman facing life’s challenges. 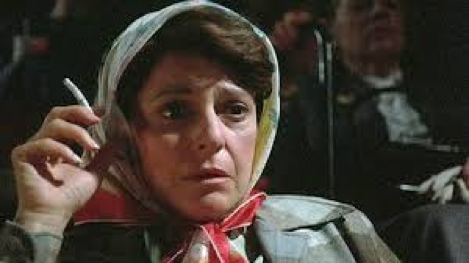 Researching her career for the biography Anne Bancroft: A Life, I was surprised to encounter a different kind of Bancroft in her earliest films. She was twentysomething then, a beautiful and alluring woman even if her talent wasn’t as sharp as it would become. And several of her roles were in my favorite genre, Westerns.

I’m not sure that Westerns made the best fit for her talents. Movies about cowboys and gunfighters have always been dominated by men, leaving women to be fought over or lend support. Yet there is something appealing about watching Bancroft’s star on the rise. 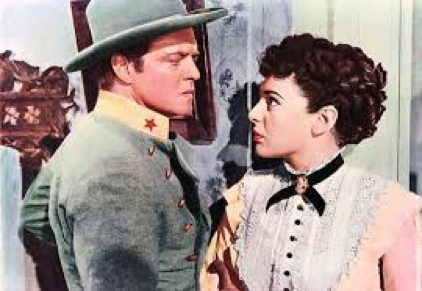 Van Heflin and Bancroft in The Raid

Her seventh movie, The Raid (Twentieth Century-Fox, 1954), isn’t exactly a Western; it takes place in New England, after all. But it has all the trappings: good guys, bad guys, gunplay, horses, a bank robbery and a 19th century setting. Based on a historical event, the story follows an undercover Confederate officer (Van Heflin) who leads a raid on the town of St. Albans, Vermont, aiming to steal money from three banks and take the loot across the border into Canada to fund the Cause.

For her part, Bancroft plays the widowed boarding house operator for whom the Confederate develops warm feelings – all dashed when it turns out he’s there to rob the town and set it on fire. That’s the best part of the movie, a relatively cheap enterprise filmed at the RKO-Pathé studios for $600,000. It still looks good, thanks to Technicolor and old sets from Gone with the Wind (1939). 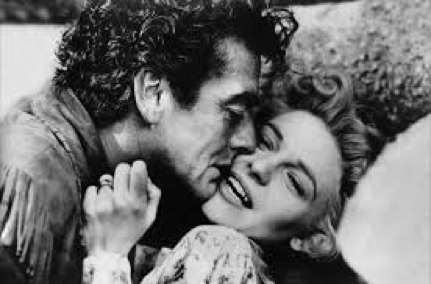 As with many of Bancroft’s 1950s movies, The Raid came and went with little fanfare. She followed with three urban dramas, then filmed The Last Frontier (Columbia, 1955), her first real Western and a notable entry in the genre. This was no back-lot oater made for kids. Set in Wyoming, it was shot forty miles southwest of Mexico City, in the shadow of the icy volcanic peak Popocatépetl.

Another plus: the director of The Last Frontier was Anthony Mann, whose Westerns with James Stewart are among the best of the period. Carrying the psychological undercurrents that Mann preferred, the story was aimed at adults: a mountain man (Victor Mature) falls in love with the wife (Bancroft) of an Army commander (Robert Preston) as they war with Sioux leader Red Cloud. In Mann’s world the rugged, dark Mature represents nature while fair, blonde Bancroft – yes, blonde – represents civilization. The Last Frontier isn’t as highly regarded as the Mann-Stewart movies, but it’s worth watching. 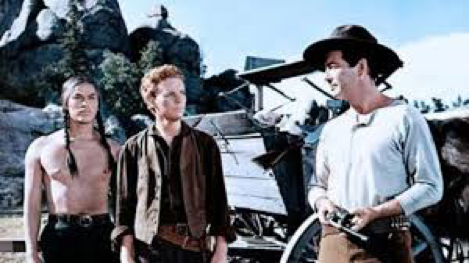 The Last Hunt, the Western she didn’t make

Maybe the unusual depth and subtext of The Last Frontier led Bancroft to think a Western wasn’t necessarily a throwaway. The next project she picked was another Western, The Last Hunt (MGM, 1956). This was a step up for her career. It was being produced at Hollywood’s top studio by the MGM chief himself, Dore Schary, and adapted from a prize-winning novel by tough-as-nails director Richard Brooks. He would have a big hit with Blackboard Jungle and this movie about buffalo hunters and Native Americans promised to generate more controversy.

Alas, you won’t actually see Bancroft playing the Native American woman who comes between Robert Taylor and Stewart Granger. On the last day of location filming in South Dakota, Bancroft was hurt when Granger pulled her onto a horse; Debra Paget replaced her. The outdoor scenes were already finished and those showing Bancroft at a distance remained in the film, a budgetary decision. Meanwhile, she was out of commission for months with a painful back injury – and her chance to be in a big MGM movie dashed. 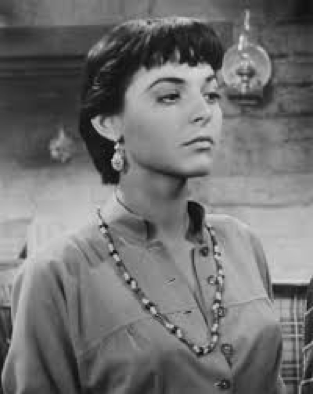 Bancroft played an Apache in an Audie Murphy movie

Believe it or not, Bancroft came back from her sick bed three months later to appear as a Native American woman in an Audie Murphy Western, Walk the Proud Land (Universal-International, 1956). While the filmmakers followed the common practice of casting Europeans as Native Americans, the story itself was more forward thinking: the new Indian agent for Arizona’s San Carlos reservation, John Clum, sees the Apache not as savage prisoners but as wards of the government deserving dignity and as much autonomy as possible. It was a thoughtful Western, which might have disappointed fans who preferred gun smoke over cultural awareness. 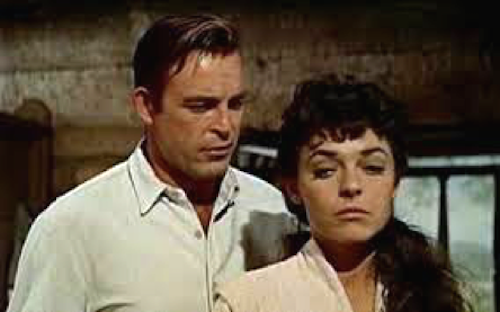 During production of The Restless Breed, Bancroft struck up a romance with co-star Scott Brady

Bancroft made one more Western in the 1950s, The Restless Breed (20th Century-Fox, 1957). She played a lustful half-breed dancer who falls in love with a man bent on revenge. The director was Allan Dwan, three movies away from wrapping up a career that had begun in 1911. A side note: Bancroft began a romance with co-star Scott Brady, one serious enough to include introducing him to her parents.

The Los Angeles Mirror’s review of The Restless Breed pointed to the problem of most Westerns for an actress: “Miss Bancroft doesn’t have much to do except bandage her beloved’s wounds and plead: ‘Don’t go out there! You’ll get yourself killed.’ ” We can only wonder what she might have done with stronger female roles in movies like High Noon (1952) or Shane (1953) or Hondo (1953). 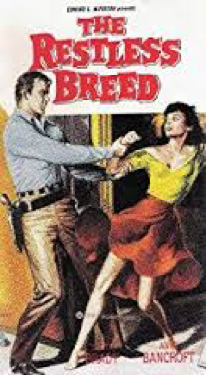 Why didn’t Bancroft make any Westerns after the 1950s? For one thing, her career took off after she won a Tony and an Oscar for The Miracle Worker and she became very selective about any role. Another reason: The Western was dying out on the big screen. Few in the 1970s offered good roles for a woman, among them Two Mules for Sister Sara (1970), starring Bancroft’s future co-star in The Turning Point (1952), Shirley MacLaine. And there was Robert Altman’s McCabe and Mrs. Miller (1971).

For Anne Bancroft, modern dramas would remain her home turf.

A journalist and biographer, Douglass K. Daniel is the author of Anne Bancroft: A Life, just published by the University Press of Kentucky.