I love set photos, and I love them from Hollywood’s past even more!  I have a few from Ginger to share with you today! 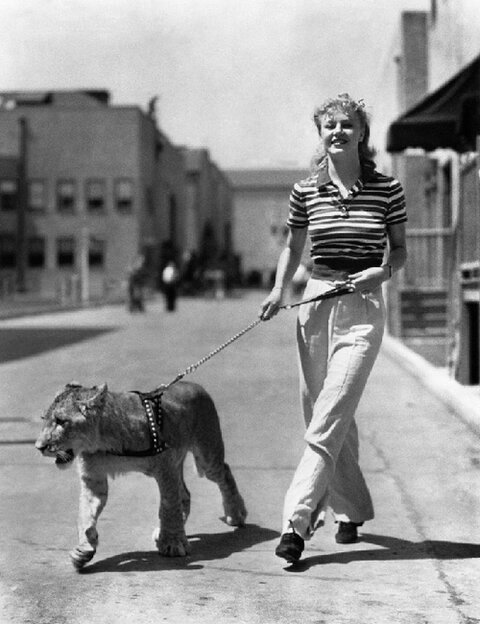 Hmm…not exactly Bringing Up Baby, but here’s Ginger walking a lion!  For what film…I have no idea! 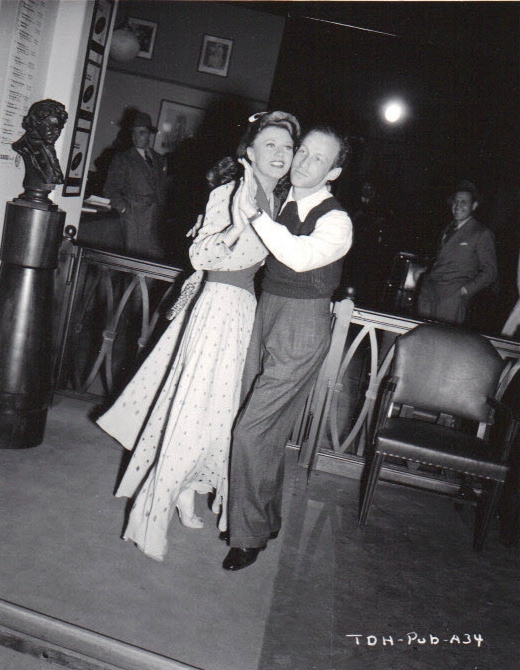 Ginger and director Garson Kanin on the set of Tom, Dick and Harry (1941). 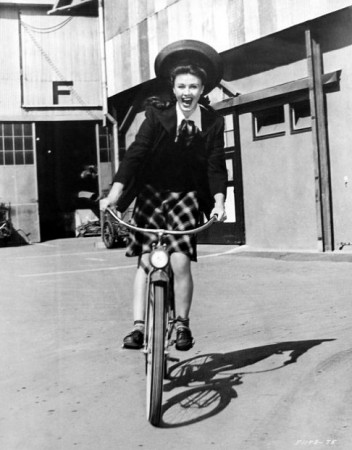 Ginger biking ‘as Sue Sue Applegate’ on the set of The Major and the Minor (1942, director Billy Wilder) 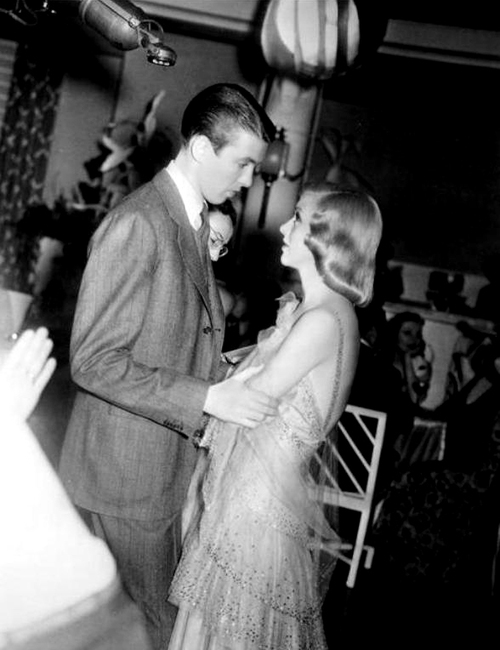 Ginger with Jimmy Stewart on the set of Vivacious Lady (1938, director George Stevens) 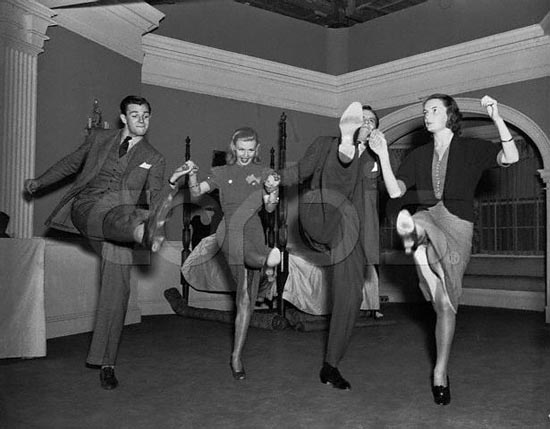 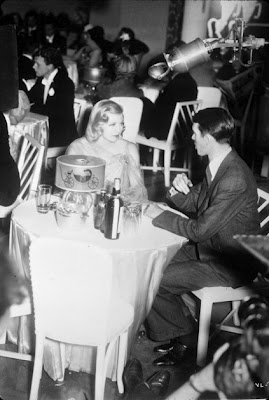 and again, from a scene earlier in the film (Vivacious Lady) 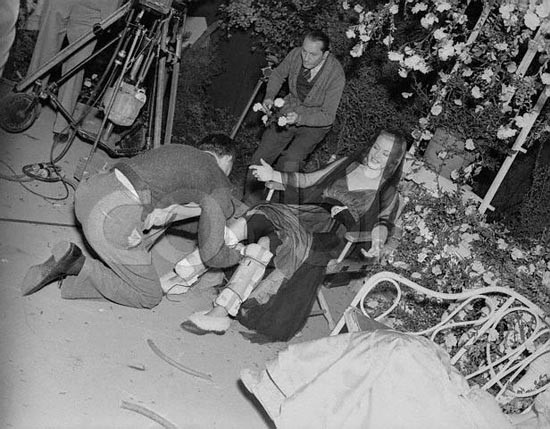 If you’re going to get kicked in the shins…you need shin guards!  Before the famous wrestling scene in Vivacious Lady.  Image by © Bettmann/CORBIS 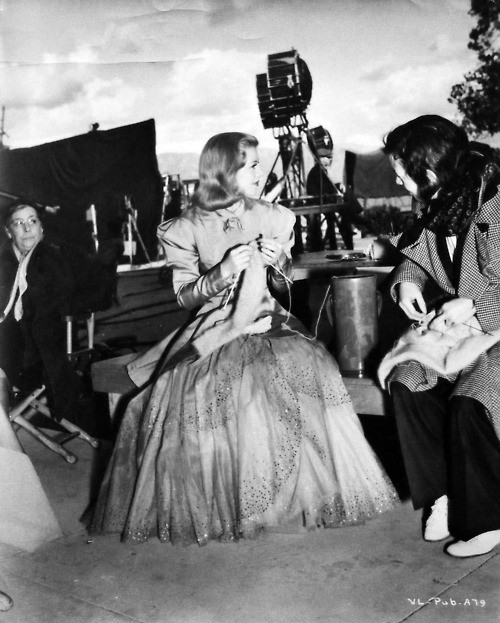 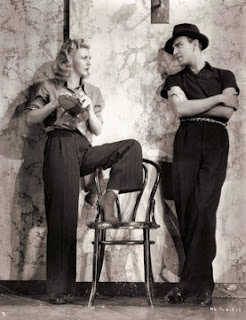 Ginger with Hermes Pan during dance rehearsals (at RKO in 1936)… 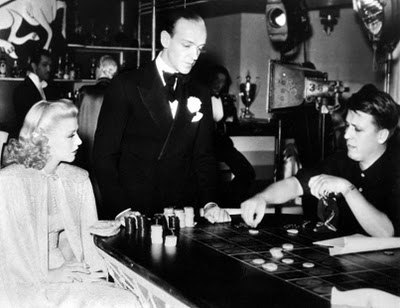 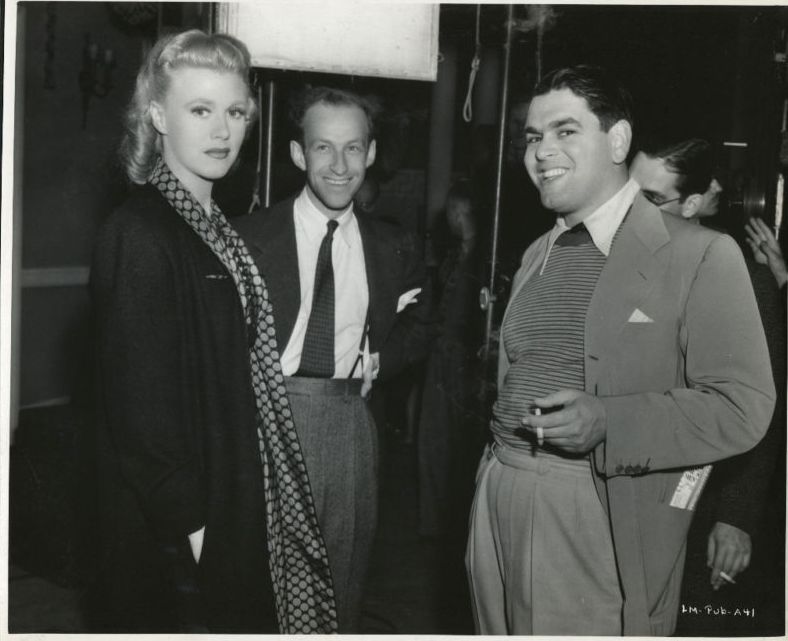 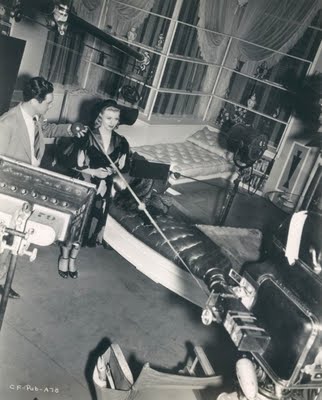 Ginger getting ready to film a scene during Carefree (1938, director Mark Sandrich) 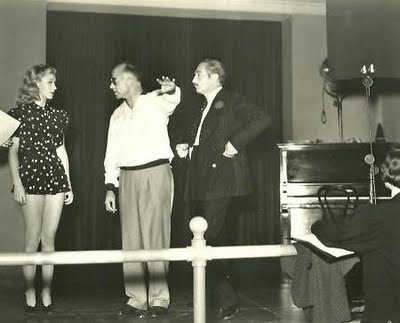 and getting ready to film a scene with Adolphe Menjou for Stage Door (1937, director Gregory La Cava)… 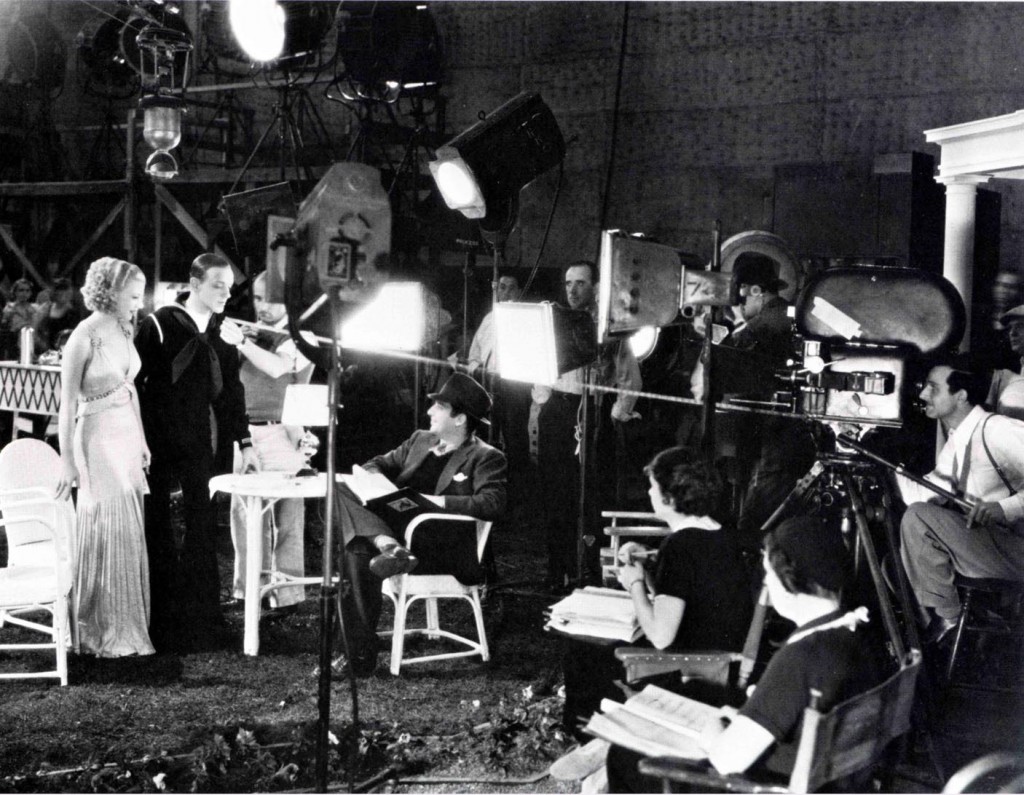 And, of course, Ginger with Fred Astaire and director Mark Sandrich (sitting in chair next to Fred and Ginger) on the set of Follow the Fleet (1936) 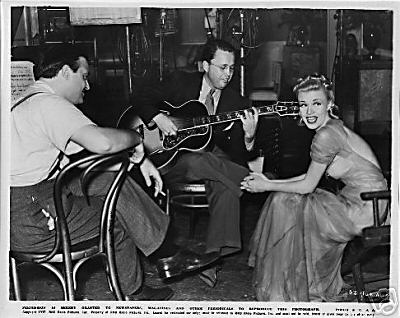 Filming “The Continental” with Fred and Ginger during The Gay Divorcee (1934, director Mark Sandrich) 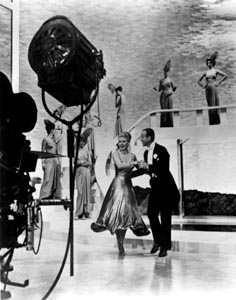 and Fred and Ginger’s final film together, The Barkleys of Broadway! (1949, director Charles Walters)

Thank you to Ron for contributing this wonderful Ginger Rogers Post as part of his Fred and Ginger Pictorial Series for CMH. You can follow Ron on Twitter at @KngFish .

This entry was posted in Guest Posts, Posts by Ron Fisher and tagged Ginger Rogers behind the scenes photos, Ginger Rogers Pictorials. Bookmark the permalink.