Wishing Everyone a Very Happy and Healthy New Year! Let’s celebrate the day with some of our favorite classic movie stars!

Olivia de Havilland tripping into the New Year. Or, ya know, how I do the entire year.

…While Buster Keaton makes his New Year’s resolution: not to have so many drinks at the next party.

Clark Gable, Van Heflin, Gary Cooper, and James Stewart at the New Year’s Party. Just to state the obvious: I want to go to there. 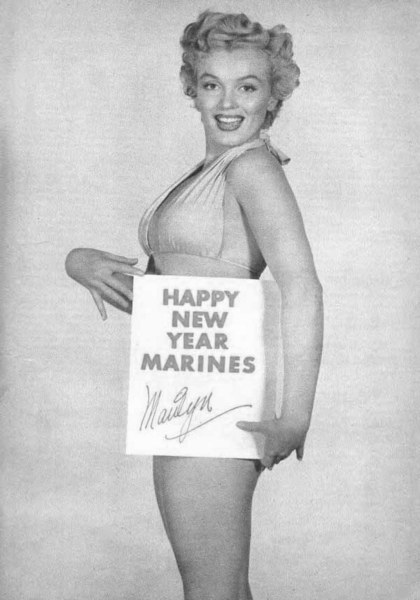 Marilyn Monroe wishes a Happy New Year to the Marines.

Rita Hayworth saying good bye to old year, and moving in with the new.

Shirley Temple as Baby New Year and Myrna Loy as both the sleepiest/most adorable “Father Time” ever.

Carole Lombard and James Stewart in Made for Each Other (1937, John Cromwell director) 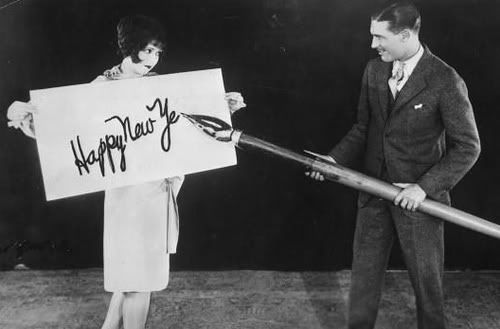 Clara Bow doing her best impersonation of a Barbie Doll. Ya know, how the rich and beautiful always ring in the New Year. 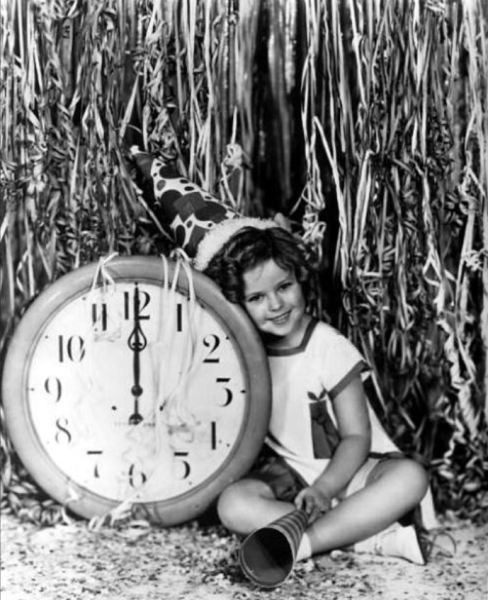 …while Shirley Temple is buried in them.

Lucy and Desi sharing a kiss at midnight.