One thing that I’ve always liked about Teresa Wright was her integrity and control over her own image. Although the height of her career was during WWII, she was so opposed to posing for any of the famed “cheesecake” photographs that were popular at the time, that she insisted it be written into her contact.  Because of this, Samuel Goldwyn often cast her as the wholesome “girl next door.”

What I enjoy most about a Wright “girl next door” performance, however, is the depth and darkness through disillusionment she manages to bring to her character. Take a look at Charlie, from Hitchcock’s Shadow of a Doubt . She’s a young, innocent girl from a small town with a love for her family and the belief that they could do no wrong. But beyond that, there is already some darkness about her relationship with her Uncle Charlie. Although not explicitly stated (there was the Hays code), there is something off, something down right incestuous about their relationship. It’s creepy, yet sweet all at the same time and that is what makes it disturbing. And as the film continues – as she learns the truth about her Uncle’s murderous ways – her character changes. There is now an obvious darkness and a disappointment to her. She now sees the world in a different manner. It shows in her face, her voice, her body movements and in her relationship to her uncle.

So, to celebrate this great star, let us look at some of those not-so-innocent, not-so-naive girl-next-door roles. 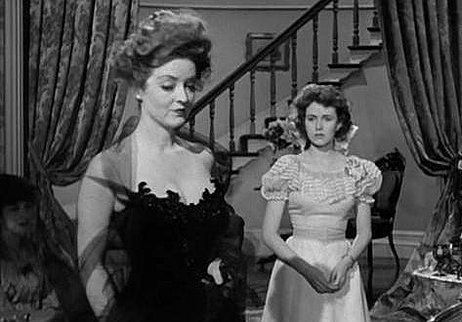 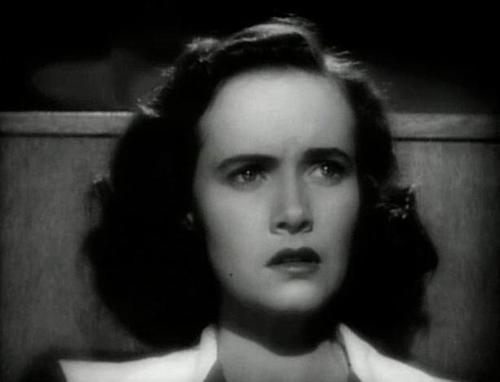 A disillusioned Teresa Wright in Shadow of a Doubt (1943, Alfred Hitchcock director) 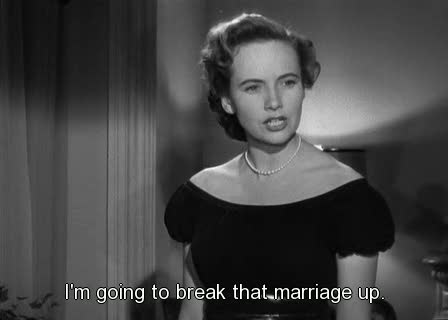 Teresa Wright willing to break up a marriage in The Best Years of Our Lives (1946, William Wyler Director)

This entry was posted in Birthday Legends, Legends Tribute, Posts by Minoo Allen and tagged alfred hitchcock, Classic Movie Actress, Little Foxes, shadow of a doubt, teresa, the best years of our our lives, william wyler. Bookmark the permalink.