William Powell: Master of the Screwball Comedy. More so than Cary Grant, more so than Clark Gable, more so than James Stewart; in my humble opinion, Powell represents the best and the brightest that the genre has to offer. If Powell where a drink, he would be 1 part quick wit, 2 parts perfect timing, and all parts laugh-out-loud hilarious. So, I can think of no better way to celebrate his birthday than by looking at a few of his best quotes from his most popular film, The Thin Man. 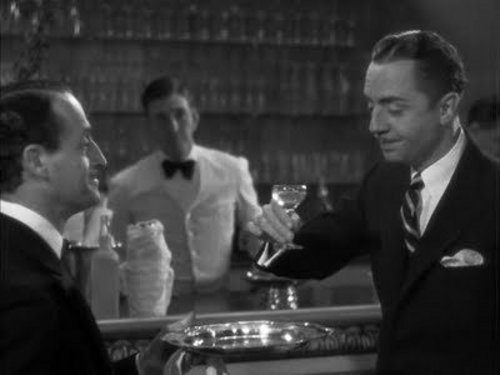 “The important thing is the rhythm. Always have rhythm in your shaking. Now a Manhattan you shake to fox-trot time, a Bronx to two-step time, a dry Martini you always shake to waltz time.” William Powell as Nick Charles in The Thin Man (1934, W.S Van Dyke, director)

Nick Charles: I’m a hero. I was shot twice in the Tribune.
Nora Charles: I read where you were shot 5 times in the tabloids.
Nick Charles It’s not true. He didn’t come anywhere near my tabloids.