As I mentioned before, not all musicals are made the same. Although housed under the genre’s umbrella, the integrated musical and backstage musical evolved into very different creatures in relation to their form and presentation of the dance number. Because the integrated musical number exists as part of the film’s narrative, it is used as form of progression and thus must take into consideration all that happened before the number and all that will come after. The dance number must live in the plotted world created by the filmmaker. 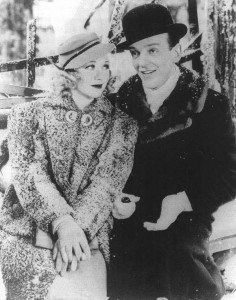 Take, for example, the classic Fred and Ginger film Swing Time. The plot itself, like most Fred and Ginger movies, is simple. Mistaken identity this. Farcical comedy that. Let’s be honest here, we’re not watching a Fred and Ginger movie to be wowed by the plot. We are, however, watching it to be wowed by the dancing and it is through said dancing that we see the characters slowly fall in love. In Swing Time, the audience can follow the rise and fall of the Astaire/Rogers romance in three simple songs by paying attention to the most important plot point in the film, a dance move called the partnered hop-step. 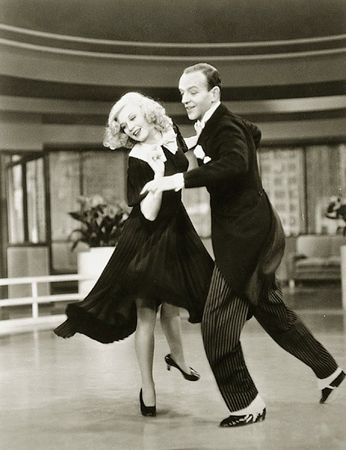 The first song to introduce the move is also the first number in the film “Pick Yourself Up.” Right away, we are introduced to the partnered hop-step. When Astaire initiates the step, Rogers is caught off guard but intrigued. Her first reaction is to do as Astaire does, thus following him into the hop-step. Here, the hop-step is new and exciting, light and bubbly. He is maybe “holding” Rogers, but he is doing so with restraint. He pulls her in, but not too tight. It is the proverbial first date, after all. However, by the time “Waltz in Swing Time” begins, it becomes obvious their feelings for one another have progressed. 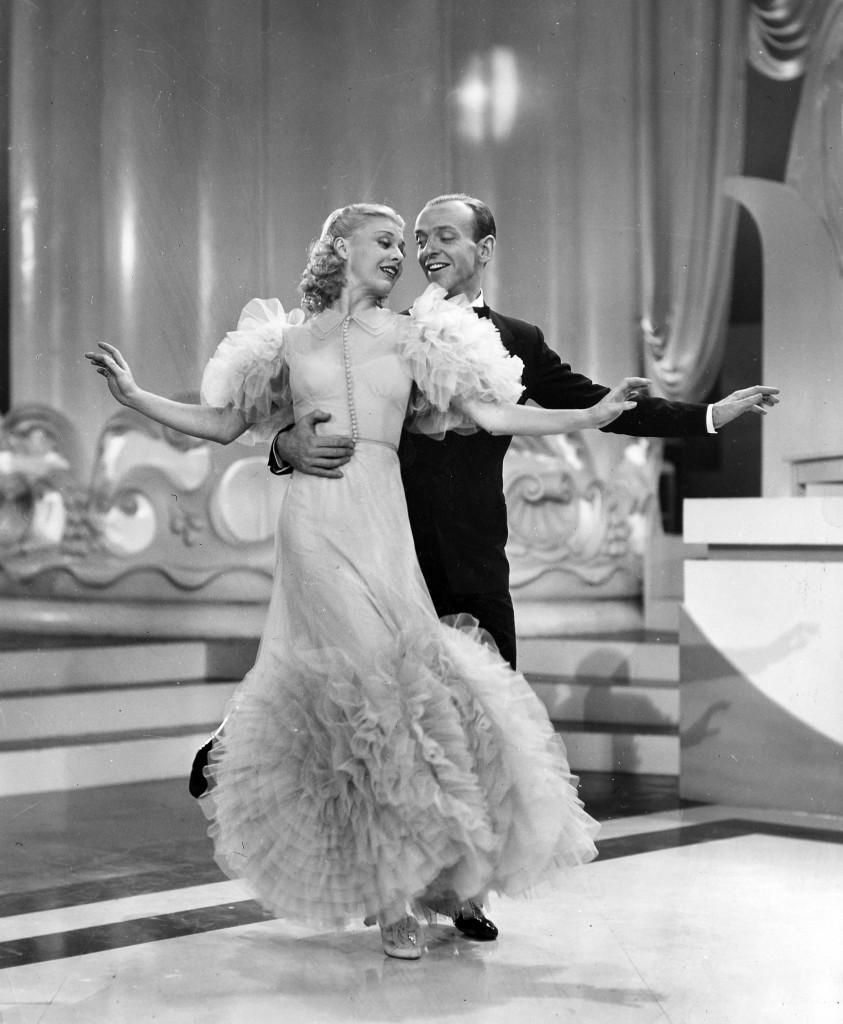 Their movements are freer as the two have obviously become incredibly comfortable around one another. And the hop-step of “Pick Yourself Up” is a thing of the past. In its place is something new, something sensual, something almost violent but in the best passion-filled way possible. Although in a room filled with people, they move as if they are the only two people there. Simply put, they have fallen in love.

In “Never Gonna Dance” the hop-step is introduced during a reprise of “Waltz in Swing Time,” an obvious attempt to capture feelings of that particular time. Here, the step is performed with what can only be called desperate abandon. Everything the two feel for each other is thrown into this step and what was once a gesture of friendship has now become a gesture of longing: longing for the past, longing for one another, and most of all, longing for the relationship the two had when they last performed the step. 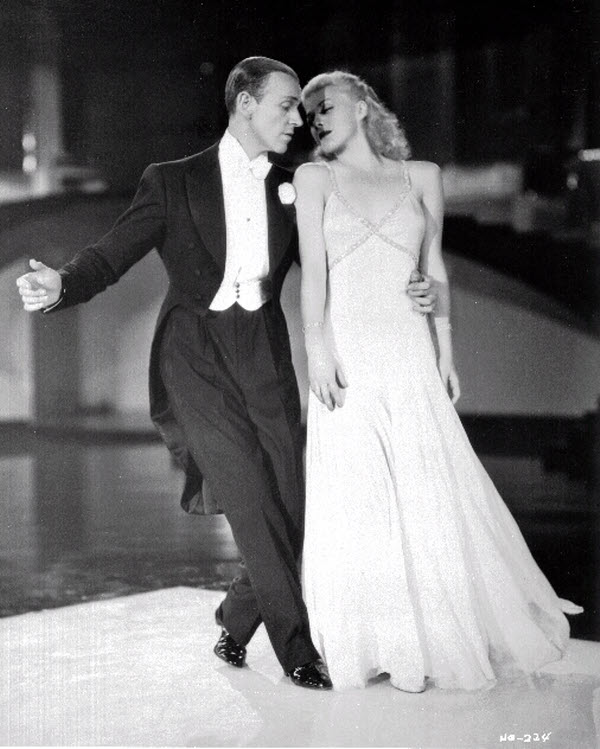 In three dance numbers the entire progression of Fred and Gingers relationship has been laid out for the audience.  By living in the logic of the narrative, by using elements of previous dance numbers, the audience sees an entire relationship progress in front of their eyes.  The integrated musical at its very best.