“I love when people laugh. I love when they cry, I like a story to say something, and I hope the audience feels happier leaving the theatre than when it came in.”

McCarey won three Oscars, one for The Awful Truth (Best Director) and two for Going My Way (Best Director and Best Writing for Original Story). He was also nominated for five other Oscars including Best Director for The Bells of St. Mary’s (click here to see his other nominations).

In celebration of McCarey and his work, lets take a peek at some fun behind-the-scenes photos:

With Cary Grant on the set of The Awful Truth

Leo McCarey, Irene Dunne and Charles Boyer on a ‘coffee break’ on the set of Love Affair (1939) 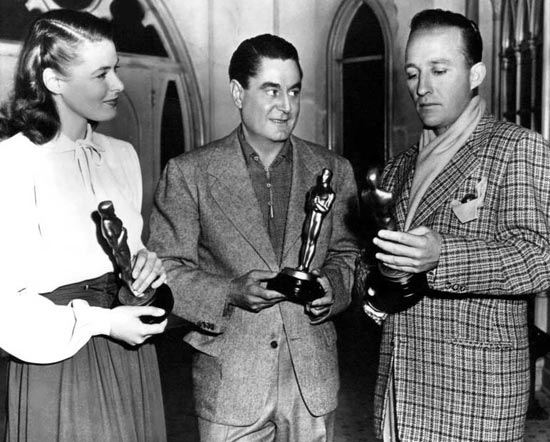 At the 1945 Oscars: Leo McCarey (Best Director) and Bing Crosby (Best Actor) win for Going My Way, while Ingrid Bergman wins for Gaslight (Best Actress).  McCarey’s next film, The Bells of St. Mary’s (1945) would feature both Crosby and Bergman 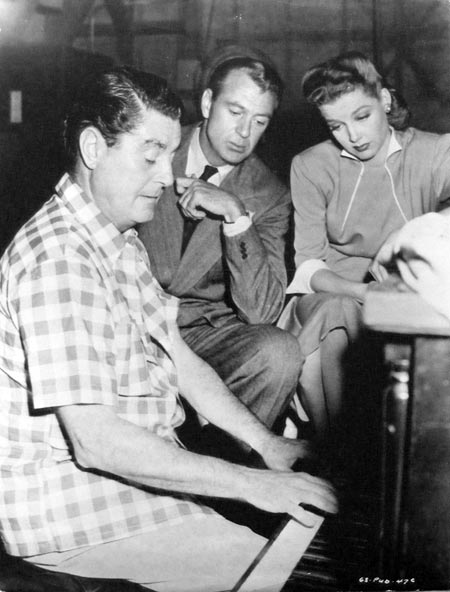 Leo McCary playing the piano, with Gary Cooper and Ann Sheridan, on the set of Good Sam (1948)

This entry was posted in Directors, Mini Tributes, Posts by Annmarie Gatti and tagged behind the scenes, Classic Movie Director at Work, leo mccarey. Bookmark the permalink.