Posted on January 3, 2019 by Annette Bochenek

Mel Tormé was one of the great jazz singers of his day. Nicknamed “The Velvet Fog,” he was responsible for entertaining many audiences with his singing, in addition to composing the holiday classic, “The Christmas Song”. An American musician, composer, arranger, drummer, actor, and author, Tormé proved to be a beloved entertainer in command of his many talents.

Melvin Howard Tormé was born on September 13, 1925, in Chicago, Illinois, to immigrant Russian Jewish parents. His parents were avid film fans, naming their son after Melvyn Douglas and his sister, Myrna, after Myrna Loy. His father owned a dry goods store, selling butter and eggs from his Model A Ford, while his mother played piano at Woolworth’s to demonstrate sheet music. Music played a huge role in the Tormé family, with the family often sitting on the front stoop to sing for the neighbors.

Exhibiting talent at a young age, Tormé first performed professionally with the Coon-Sanders Orchestra at age four in Chicago’s Blackhawk restaurant. The Tormé family went to dinner at the Blackhawk to hear the Coon-Sanders Orchestra play and the bandleader noticed Tormé singing along at the table. The bandleader asked if he would like to sing a number with the band, sat Tormé on his knee, and Tormé sang “You’re Driving Me Crazy.” He soon became a regular performer with the band for six months, singing for $15 a night and dinner for his family. By age six, he worked as a vaudeville performer in local theaters. Two years later, he would win first place in the children’s radio contest at the Century of Progress World’s Fair. While attending Shakespeare Elementary School, he became actively involved in the drum-and-bugle corps, excelling in playing the drum, though relentlessly bullied by other students.

Between 1933 and 1941, Tormé acted in radio programs, including The Romance of Helen Trent and Jack Armstrong, the All-American Boy. By age 13, he wrote his first song. Three years later, his first published song, “Lament to Love” would become a hit song for bandleader Harry James. Continuing his career in music, Tormé was a singer, drummer, and arranger from 1942 to 1943 for a band led by Chico Marx of the Marx Brothers. He was offered the position at age 17 and moved to California on his own to take the job. Leaving Chicago’s Hyde Park High School, he enrolled himself at Hollywood High and his parents joined him in California the following year. 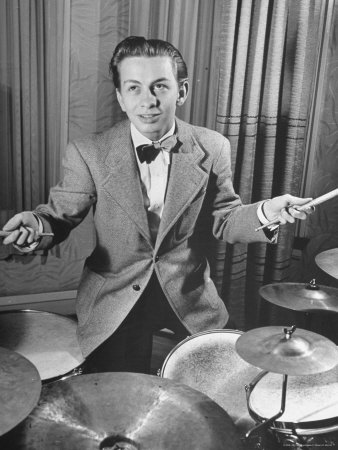 Following his band years with Marx, Tormé made his film debut in what was also Frank Sinatra’s debut—Higher and Higher (1944). Modeling Frank Sinatra and the Pied Pipers, Tormé formed a vocal quintet called Mel Tormé and His Mel-Tones. The group enjoyed several hits and were among the first jazz-influenced vocal groups. Though drafted into the Army, it was determined that he was so flat-footed that he was sent home the following year. Tormé quickly returned to his entertainment career, starting his own solo career as a singer. Tormé’s eventual appearance in Good News (1947) solidified him as a teen heartthrob.

To Tormé’s annoyance, he was dubbed “The Velvet Fog” by disc jockey Fred Robbins, due to his smooth vocal stylings. Tormé billed himself as the “Velvet Frog voice” instead, though he recorded many romantic hits. Over time, he accepted the nickname and had car license plates that read “El Fog?” and “La Phog.”

At the same time, Tormé was no stranger to television. He appeared in guest roles on various television shows and also worked on songs and arrangements for The Judy Garland  Show. A resurgence in vocal jazz during the 1970s caused Tormé to enjoy continued popularity.

Out of the 250+ songs that Tormé wrote, many became standards. “The Christmas Song” was written with Bob Wells as he and Tormé tried to come up with as many wintery images to cool themselves down on a hot day in California. The song was first recorded by Nat King Cole. In total, Tormé claimed that he wrote the music in 45 minutes.

“The Christmas Song” Written by Bob Wells and Mel Tormé

Tormé’s singing career came to a halt in August of 1996, when he suffered a stroke. He passed away after another stroke on June 5, 1999, at age 73, survived by his fourth wife, Ali, and five children. 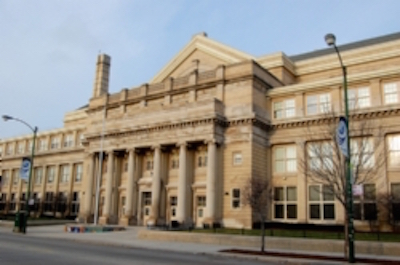 The Blackhawk Restaurant, where Tormé made his public debut as a singer, closed in 1984. While his son continued the business and opened up another location in Wheeling, Illinois, the new location closed in March of 2014. The newer building was razed. The initial Blackhawk property stood at 139 N. Wabash in Chicago, Illinois. This is the property today.

The Tormé home in the 1930s stood at 7724 Jeffery Ave in Chicago. Here is a shot of the property today.

While not may physical tributes remain in relation to Tormé, he continues to be celebrated all over the world thanks to his many recordings and, in particular, with “The Christmas Song.”