Posted on December 19, 2017 by Annette Bochenek 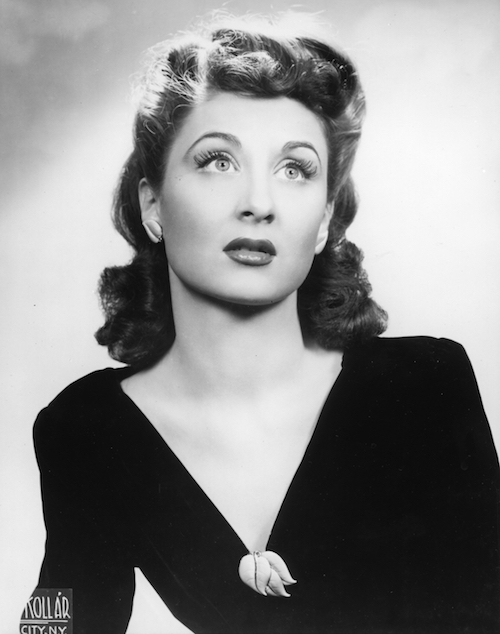 “I loved the farm. It was my favorite time of the year.” -Betty Garrett

No musical cast is complete without fabulous supporting cast mates, and Betty Garrett was one of the best. Hilarious, unfailingly energetic, and lovely, Betty was the perfect addition to many an MGM musical.

Elizabeth “Betty” Garrett was born in St. Joseph, Missouri, on May 23rd, 1919, to Curtis and Elizabeth Octavia Garrett. While she was born in St. Joseph, most of her childhood was spent in Seattle, Washington, where her family relocated not long after her birth. There, her mother worked as the manager of a sheet music department at Sherman Clay & Company, a retailer of musical instruments as well as a publisher and seller of sheet music. Her father was a traveling salesman but struggled heavily with alcoholism and an inability to manage the family’s finances, which eventually led to the couple’s divorce. Her father would pass away in 1921, leading Betty and her mother to live in various hotels while they tried to regain control of their finances.

Betty was roughly two years old when she moved to Seattle with her mother, but also spent time back in St. Joseph on a farm situated on the outskirts of the town. Her father previously lived there and she would stay with his relatives over the summers — a time she remembered fondly, according to a 1989 interview with the St. Joseph News-Press. Moreover, she was also close with her aunt, Catherine Pike, a highly active St. Joseph resident. Despite turning 80, Catherine practiced yoga and accomplished worldwide travels, which inspired Betty to be just as vivacious as she.

When Betty turned eight, her mother married a former boyfriend and the three of them settled in Regina, Saskatchewan, where Betty’s stepfather worked for the meat-packing industry. Unfortunately, the marriage came to an end when Betty’s mother learned of her new husband’s relationship with a male assistant. In response, she and Betty moved back to Seattle, where Betty carried out her education.

Betty enrolled at the Annie Wright School in Tacoma, Washington, with a full scholarship. The school had no drama department, so Betty decided to organize musicals and plays for special occasions throughout the academic year. Upon her senior year performance in Twelfth Night, Betty was urged by others to consider a career on the stage. Her mother’s friend also coordinated an interview for Betty with American modern dancer Martha Graham, who was in town for a concert tour. Graham recommended Betty for a scholarship at the Neighborhood Playhouse in New York City, New York.

By 1936, Betty and her mother resided in Manhattan, where Betty began to take classes for dance, drama, music, and classics. Betty felt that she would become a dramatic actress and typically avoided comedic roles. 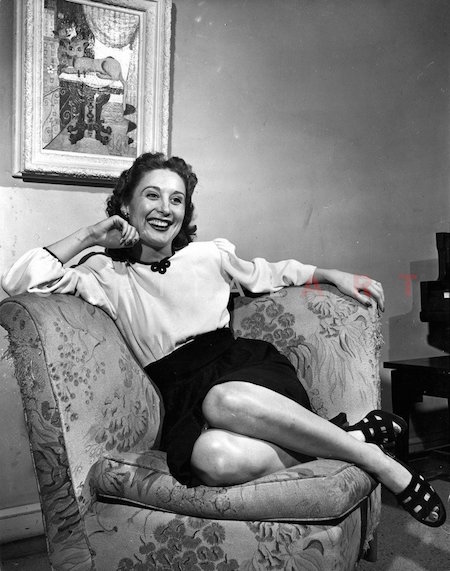 Betty performed throughout the Borscht Belt during the summers, where she grew her singing and dancing skills. She joined Orson Welles‘ Mercury theater as an understudy and performed with Martha Graham’s dance company. She also found work as a singer and appeared in various satirical and political revues. During this time, she joined the Communist Party and performed at fundraisers for its causes.

In 1942, Betty debuted on Broadway as part of a revue called Of V We Sing. In the same year, she was also cast in a revue called Let Freedom Sing, which producer Mike Todd saw. Todd enjoyed Betty’s performance and hired her both as an understudy to Ethel Merman and as a small role in Cole Porter‘s Something for the Boys (1943). When Merman fell ill, Betty was able to carry out her role for a week. She was spotted by producer Vinton Freedley, who cast her in the musical, Jackpot. Though the show closed soon after, Betty toured the country with a nightclub act. She returned to New York and became an acclaimed actress after performing in Call Me Mister.

As her act toured the country, Betty was invited to perform as part of a comedy sketch for the Actor’s Lab in Hollywood. Larry Parks was producing the show and it wasn’t long until they fell in love during her two-week stint in Hollywood. Parks was determined to marry her, though she soon left for Chicago with her nightclub act. He quickly joined her in Chicago and introduced her to his mother, as Parks and his family were from nearby Joliet, Illinois. Parks returned to Los Angeles to work on a film, while Betty left for New York to work on a show. Before her rehearsals began, she called Parks and proposed. On September 8th, 1944, Betty and Parks were married four months after they met, with Lloyd Bridges standing as best man. Betty would later be godmother to Lloyd’s son, Jeff Bridges.

After their honeymoon, the couple lived apart for two years to further their careers. They had two sons–Garret and Andrew–and remained married until Parks’s death in 1975.

Parks enjoyed success after portraying Al Jolson in The Jolson Story (1946), with the film being extremely popular in the United Kingdom. He and Betty toured the United Kingdom with a nightclub act before audience interest in the novelty of television eventually created a gradual decline in live entertainment.

By 1947, Hollywood called for Betty and she signed a one-year contract with Metro-Goldwyn-Mayer. She made her film debut as a nightclub performer in Big City (1947), co-starring George Murphy and Robert Preston. When her contract was up, Mayer renewed it, leading Betty to appear in a string of musicals, including Words and Music (1948), On the Town (1949), Take Me Out to the Ball Game (1949), and Neptune’s Daughter (1949). One of her more notable performances is in On the Town (1949) as cab driver Brunhilde Esterhazy, who is in hot pursuit of Frank Sinatra’s character, Chip. Betty worked with her husband once again when the two of them temporarily replaced Judy Holliday and Sydney Chaplin in Broadway’s Bells are Ringing.

Betty Garrett as Brunhilde Esterhazy in On The Town, 1949

While both of their careers were on the rise, past affiliations with the Communist Party became a problem for Betty and Parks. Both of them came under the scrutiny of the House of Un-American Activities Committee, though only Parks was called upon to testify. As a result, Parks was blacklisted, and both he and his wife had a difficult time finding work in the entertainment industry. Eventually, Parks founded a successful construction business and the couple owned several apartment buildings in the Los Angeles area, with Parks profitably serving as landlord.

Though Betty and Parks sometimes performed in various live acts in Las Vegas, summer stock shows, and as part of Broadway touring companies, Betty’s career transitioned towards television. In 1973, she appeared as Irene, an Irish-American wife and new neighbor to the Bunkers, in All in the Family, winning a Golden Globe for her performance. When performing a one-woman show called Betty Garrett and Other Songs, she also took on the role of landlady Edna Babish on Laverne & Shirley. She left the series to join the cast of The Supporting Cast on Broadway, but the show closed quickly and Edna Babish was already written out of the show. 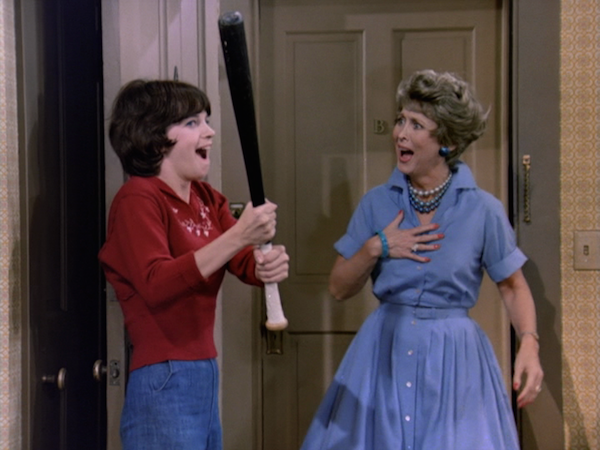 Nonetheless, Betty made appearances on Murder, She Wrote, Grey’s Anatomy, The Golden Girls, and many other television shows. She also continued acting on the stage in various productions, including carrying out the role of Katie the maid in Meet Me in St. Louis. She fondly recalled her aunt Catherine Pike from her St. Joseph days and decided to take on the role in memory of her. Well into her 70s, Betty’s portrayal of Katie included performing a dance on a tabletop, singing two song, and advising the other characters in the show.

Betty remained active as a performer all the way until her passing on February 12, 2011. She even attended Turner Classic Movies‘ first Film Festival with co-star Esther Williams. The pair attended a poolside screening of Neptune’s Daughter (1949), the film in which “Baby, It’s Cold Outside” was introduced. Ricardo Montalban serenades Esther Williams, while the roles of “cat and mouse” are reversed in the second half, with Betty serenading Red Skelton.

While there are no direct tributes to Betty in her hometown, the farm on which she spent her summers remains privately owned at 1819 E. Jule Street in St. Joseph, Missouri. Here is the property today: 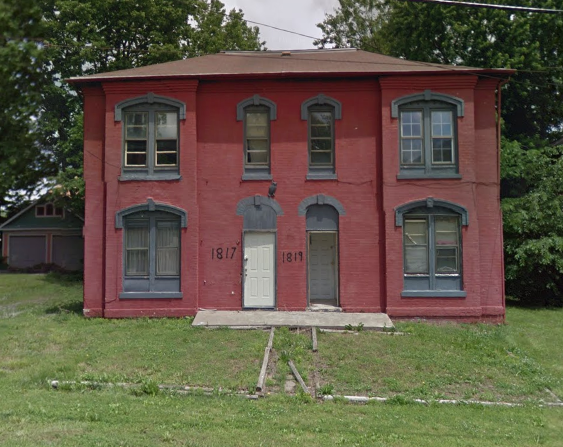 One of Betty’s Seattle residences in 1930 was at 1014 Minor Ave. This is the property today: 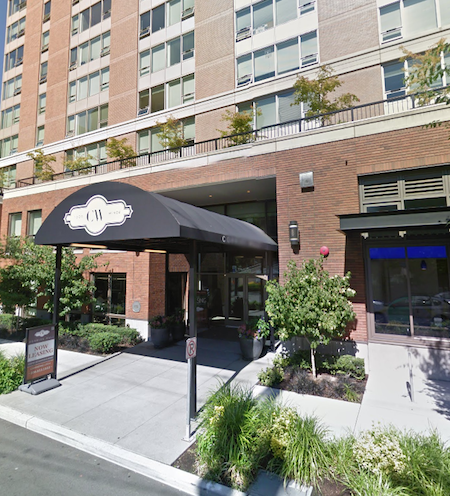 The Annie Wright School that Betty attended continues to function as a private school. It is located at 827 N Tacoma Ave. 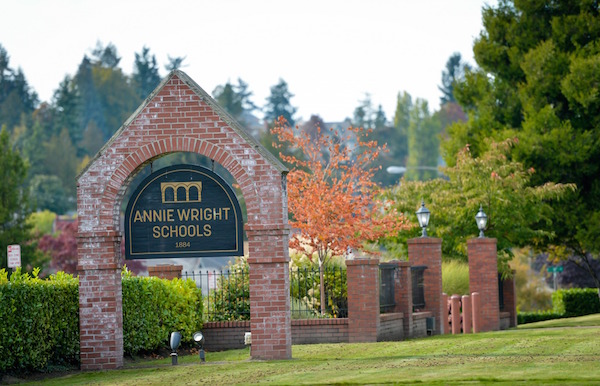 Finally, when Betty and her mother moved to New York in 1940 for Betty to begin taking various classes relating to the performing arts, they resided at 243 E. 39th Street in New York, New York. This is the property as it stands today: 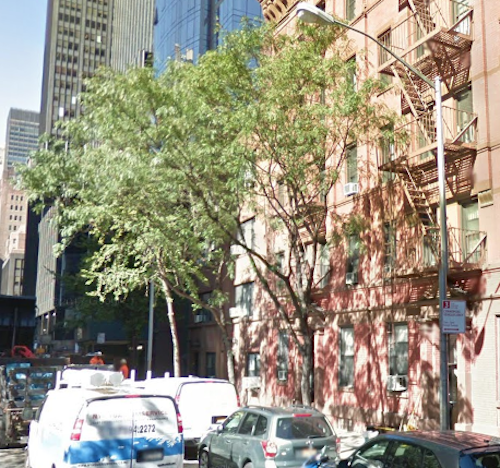 Though Betty is no longer with us, audiences can still enjoy her boundless energy preserved through her many performances.

This entry was posted in Classic Movie Travels, Posts by Annette Bochenek and tagged Betty Garrett. Bookmark the permalink.