5 Things You May Not Know about Richard Burton

5 Things You May Not Know about Richard Burton

Like the fact that he was very handsome but, then again, I guess we already knew that

1.) English was his second language

His native Wales in the background

Yup, despite his reputation as one of the great Shakespearean actors and one of the most renown actors of the English stage, English was not Burton’s first language. He spoke the Welsh-language of Cymraeg as his mother tongue. Which makes sense considering he was born in the heart of Wales.

2.) He was as much an athlete as an intellectual

That’s his Rugby crown, I swear…

Although Burton is well remembered as one of the great Welsh intellects, he was quite the athlete. Like most Welshmen, he grew up playing rugby and was quite good at it. He was even quoted to have once said “I would rather have played for Wales at Cardiff Arms Park than Hamlet at The Old Vic.”

They do say it’s 5 o’clock somewhere

OK. So, I’m pretty sure you know this one. But do you know just how much he loved to drink? Well, during the height of alcoholism in the mid-1970s, he apparently consumed three to four hard liquor bottles a day. I suppose one could say he was always dedicated to his craft.

4.) He beat RFK in a Shakespeare-off

Before Jay-Z and Beyonce were riding with the Obamas, Liz and Dick were smoking with the Kennedys

During the era of “Liz and Dick,” Burton hobnobbed with the elites of just about every world imaginable, including U.S politics. He was a great admirer of Robert F. Kennedy and once got into a contest to see who could quote more Shakespeare sonnets. Burton won, of course, but not because he knew more sonnets. Both were able to quote the sonnets perfectly. He won by reciting  the sonnets backwards – the test of a true Shakespearean, I suppose.

5.) He was nominated for seven Oscars 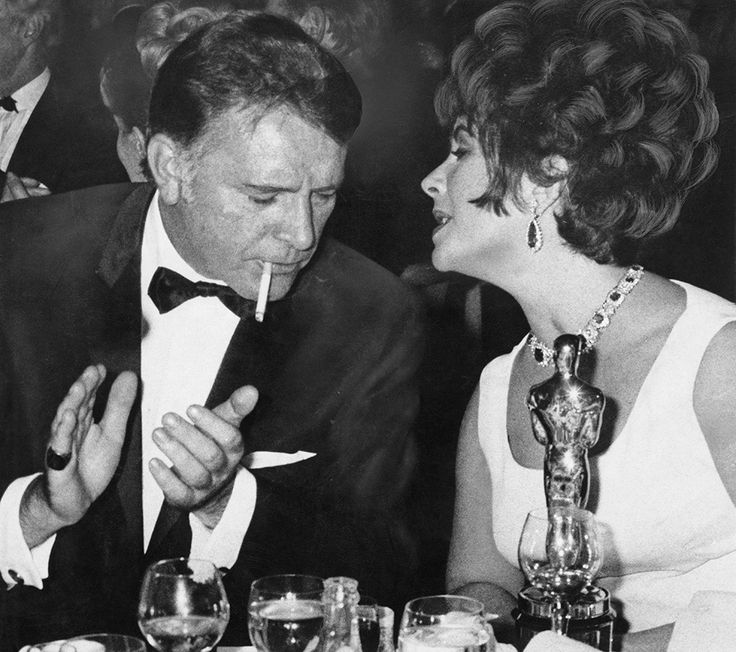 Basically the closest he ever got to an Oscar

But he never won a single one. That’s right, Although he was nominated six times for Best Actor and once for Best Supporting Actor, Richard Burton didn’t win a single one of them. None. But, that’s fine because he’s in good company. You can check out these fellow Oscar Bridesmaids in this article here. Not everyone can be a winner but, sometimes, it ain’t so bad being a loser either.