Silent Chicago: The World’s Most Daring Drivers (and Cameramen)

The World’s Most Daring Drivers (and Cameramen) 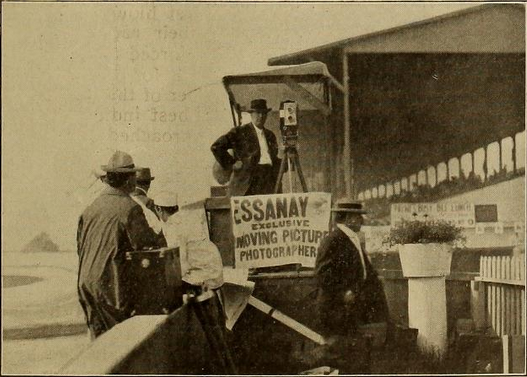 May 31 marks the 104th anniversary of the first Indy 500 race. While it may be difficult to imagine turn of the century cars taking on such an intense endurance test, it’s possible to actually see parts of it. How? Thanks to some pioneering brave cameramen.

When it was announced, few thought that the Indy 500 — originally known as the International 500-Mile Motor Race, or the International 500-Mile Sweepstakes – would occur more than once.  Although the Indianapolis Speedway had hosted auto races the previous two years, those events consisted of many smaller, shorter races. As a result they were less exciting and, as time went on, drew less and less of a crowd. In order to draw crowds and garner attention, a new larger endurance-based racing event was envisioned. Eventually, a 500 mile endurance race was chosen, and Memorial Day was chosen as the date since the holiday would allow more people, including farmers, to attend. With a crowd of 100,000 in attendance, even the Indianapolis News remarked that they hoped they’d seen the last of such contests. With so many people anticipating the Great Race to be a one-off event, the Essanay studio based out of Chicago sent a team of cameramen to capture it all on film. 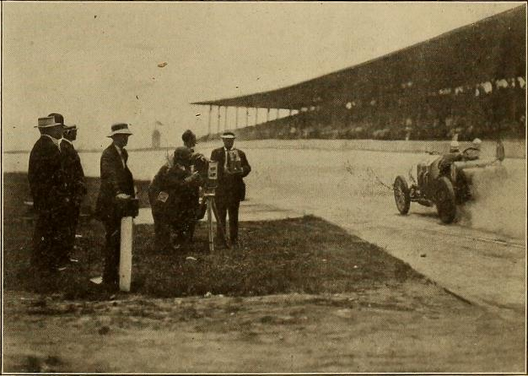 Essanay cameramen at work on the side of the track

A team of 12 Essanay cameramen stationed themselves at various points around the 2.5 mile track, and cranked the cameras furiously in an effort to capture as much of it as possible. With the cars only registering an average top speed of just over 70 miles an hour, the race took about 7 hours to complete, and the cameramen were hard at work the entire time. Of the hours and hours of footage they compiled, only a single highlight reel of a thousand feet (roughly 10 minutes long) was released. Although it consisted of just a fraction of the race, Motography noted that it captured the “essence” of the race. 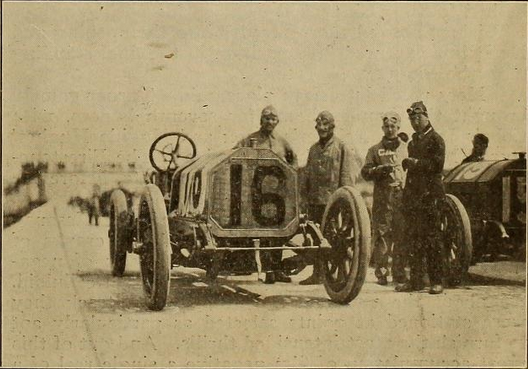 The film was titled “The World’s Most Daring Drivers” and released just two weeks after the race, on June 13. Moving Picture World praised it saying it was “full of incident and accident” and that it gave “a thrilling portrayal of this hitherto unattempted tour de force in auto racing.” Variety also praised it, calling it an “interesting and thrilling picture”. The most notable scene included was of the race’s most serious accident, which occurred in front of the speedway’s grand stand, and seriously injured five men and damaged three cars. 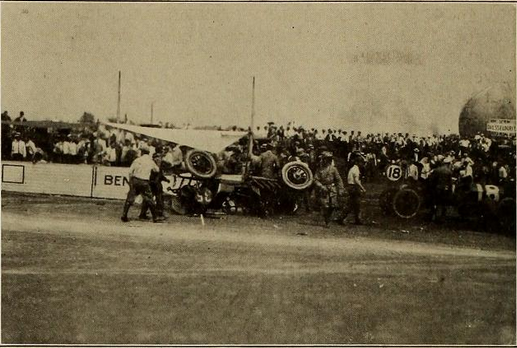 While the film received mixed reviews from exhibitors and theatergoers, the fact that such a spectacle was captured on film made it a huge draw. It even inspired the Nestor Film Company to attend the race the following year and release their own two-reel Indy 500 film. Although the film doesn’t seem to survive as a whole, the footage (not credited to Essanay) seems to survive in the form of newsreels and documentary footage of this legendary race. Moving Picture World’s synopsis, and Motography’s accompanying photos help confirm this.

Want to see footage from this historic race? Check out these videos here and here.

Janelle Vreeland is a Silent Film Fan and Contributing Writer for Classic Movie Hub.  You can read more of Janelle’s articles about Silent Film and Chicago history-related topics at Chicago Nitrate or Curtains, or you can follow Janelle on Twitter at  @SpookyJanelle .