An inventor goes missing and his young mistress is found dead. Just like that, a murder and mystery become our entrance into the world of the The Thin Man. Yet, we soon find out that the murder and mystery aspect of this murder mystery film are secondary in the film’s overall relevance. Sure, crime may provide the film’s surface story, but it’s the characters, specifically lead characters of sleuthing spouses Nick and Nora Charles, that gives the film its substance. Rather than a dark and cerebral case of who-done-it-and-why, the film adopted a tone and style more on par with a comedy of manners or screwball comedy than a of hard-boiled crime-thriller. The murder, you see, is only a means to get to the end of the film. The relationship and marriage of Nick and Nora is everything that comes in-between. 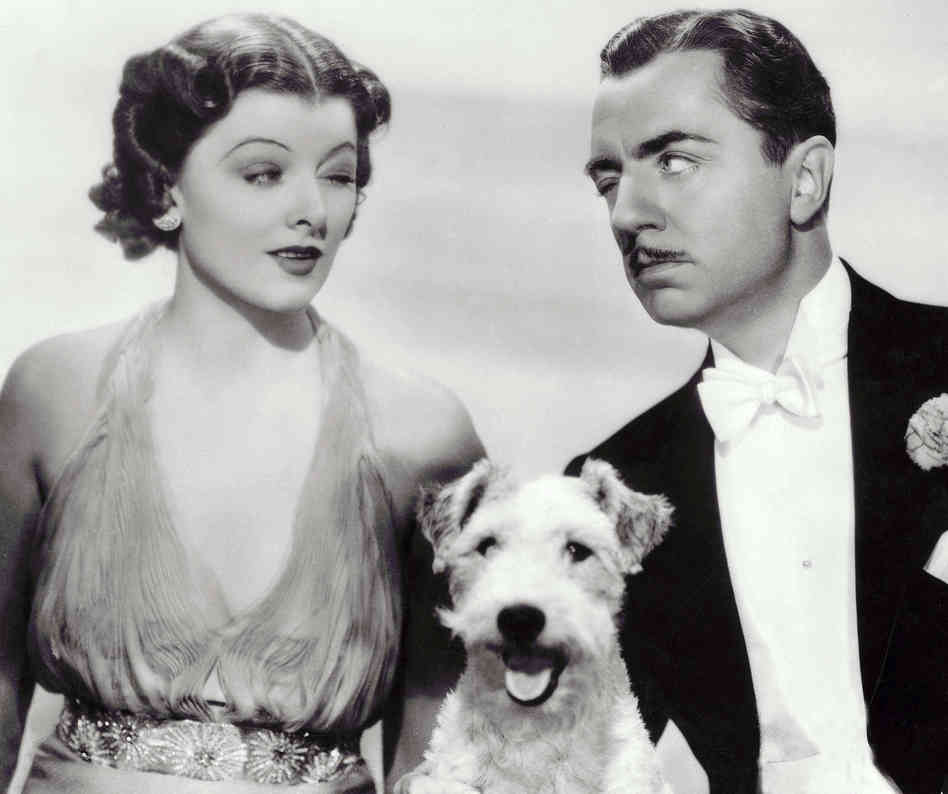 It’s all but impossible to think of anyone other than Myrna Loy and William Powell as the eternally drunk detecting duo. Their white-hot chemistry was so strong and magnetic it was hard for many to believe they were not married in IRL (or in real life for those a little less dedicated to the internet than me). However, the two were not always a shoe-in for the role. After working with both actors on the film Manhattan Melodrama, director W.S Van Dyke knew who he wanted the two to play the leads in his upcoming adaptation of the Dashiell Hammett novel, The Thin Man. Loy and Powell had struck up a quick friendship, developing a humorous and charming rapport with each other. Their light repartee was noticed by Van Dyke who knew that was exactly the whimsical interaction needed for Nick and Nora. Although the studio was initially reluctant to put two then-dramatic actors in such comical roles, the film’s minuscule budget and short shooting schedule, between 12-18 days depending on your source, convinced MGM to cast them. Soon after, Van Dyke had the screenplay altered to place more emphasis on their marital banter and less on the murder.

The result was nothing less than magical. Van Dyke’s carefree direction, coupled with a razor sharp script and the Loy/Powell dynamic, birthed not only a franchise that would last six more films, but also an entirely new paradigm of the silver screen marriage. Before The Thin Man most onscreen marriages were either miserable or conventionally idyllic. They either functioned as a plot point for the domestically unhappy, focusing on problems of infidelity and finance or simply functioned to show the proud patriarch and matriarch of a typical middle class family – a middle aged mother and father with little personality outside their immediate familial situations. Nick and Nora, however, broke that mold and created a new one in the shape of a martini glass. 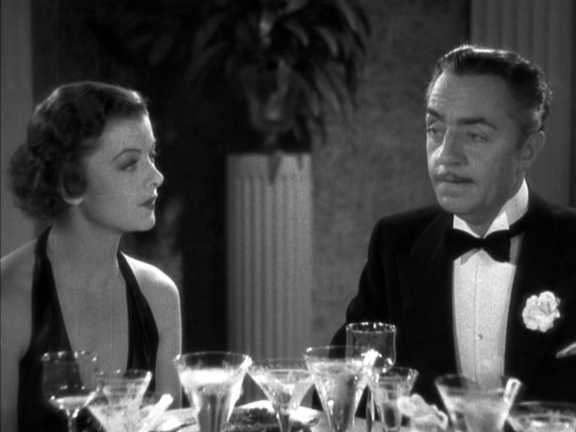 Nick and Nora with their best friends: Gin and Tonic.

Relatively young, good-looking, and wealthy, Nick and Nora created a new category for on-screen marriage. Unlike the wretched marriages of melodramatic women’s pictures, they completely enjoyed one another’s presence and were often amused by quirks and nuances of each other’s personalities. And unlike the conventional marriages of, say, the Andy Hardy series, they had no children or societal burdens keeping them saddled down in one area. In effect, they were one of the screen’s first truly cosmopolitan marriages; a marriage partly built on the consumption of Cosmopolitans. Yes, the alcohol is as much a part of the marriage as the couple is, but that isn’t a bad thing. The drinks simply function as another act that binds the two together, a lubricant for their quick tongues and witty dialog. It is at once the surface activity and practiced ritual but never seen as an all-consuming vice.

A big Thank You to Lara (@backlotsfilm) of Backlots and Vince of Carole & Co. for hosting this fun Romantic Comedy Blogathon event! There are so many more wonderful Classic Bloggers participating in this event so please be sure to check out the other entries.

9 Responses to The Romantic-Comedy Blogathon: The Thin Man’s Perfect Marriage