Some people are introduced to Henry Fonda via The Grapes of Wrath. For others, it’s On Golden Pond. As for me, well, my first Henry Fonda film was something a little darker, a little spaghetti western called Once Upon a Time in the West 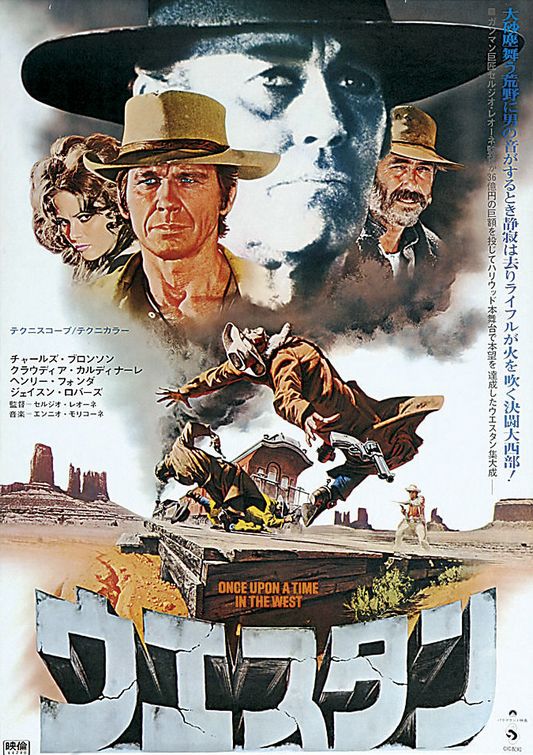 A poster for Henry Fonda‘s film, Once Upon a Time in the West. You may have heard of the director, I think his name is Sergio Leone. (1968, Sergio Leone director)

In the film Fonda plays Frank, a ruthless, opportunistic bandit with the moral compass of a hyena with rabies. He doesn’t think twice about murdering an entire family, including three children, when he was hired to merely intimidate them. In fact, when chastised for the deed, his only response is: “People scare better when they’re dying.” The performance was so perfectly cruel, so perfectly evil that it tainted my view of Henry Fonda.

When I finally saw films like The Grapes of Wrath or The Lady Eve, I was halfway expecting something sinister to happen. As warm and affable as his on-screen persona may have been, I simply couldn’t let his chillingly sadistic performance escape from the forefront of my thoughts. And, to me, that is the mark of a truly talented performer – the ability to move beyond the carefully crafted screen persona and play against type with as much skilled nuance as the roles that made him a household name.

Below is one of my favorite scenes of the movie. SPOILER ALERT! If you haven’t seen it, then you might want to skip this clip. It gives a lot away.

Once Upon a Time in the West: Clip