Lillian Gish has a particularly important role, not only is the realm of Classic Hollywood Cinema, but in the world of Hollywood Cinema as a whole. And why is she so important you ask? Well, it’s simple, really. Lillian Gish was the first true movie star. Sure, there existed people on the screen who may have attracted audiences to the silver screen via feats of human spectacle, such as the strong man or the bearded lady, but they were not movie stars. They are what film theorist Tom Gunning refers to as “the cinema of attractions” — this is the concept that early cinema, still being somewhat novel, did not need a narrative to draw crowds to theaters. The simple act of being filmed, thus creating an approximation of reality, was spectacle enough for early cinema goers. Add in said strong man and you had a recipe for success. However, as filmic language developed and became more sophisticated, so did the need for marketing. And here enters Lillian Gish.

D.W. Griffith revolutionized American cinema. He helped create the mechanics for narrative film. You have to remember, the man basically invented the close up. And who was it that he preferred to film in close up? If you guessed Lillian Gish, then you are correct. Because of Griffith’s affinity for her look and acting style, he began to use Gish more and more in his films. So, as narrative film developed, so did Gish’s place in the cinematic world. Soon, her angelic face became more synonymous to Griffith’s films than Griffith himself. Audiences recognized her and would often frequent theaters just to see her films. Realizing this, it was her face that often graced movie posters and marquees. And what do you call someone who graces movie posters and marquees. That right: A Movie Star. So, let’s celebrate the “First Lady of the Silent Screen” by taking a look at a few of early films. 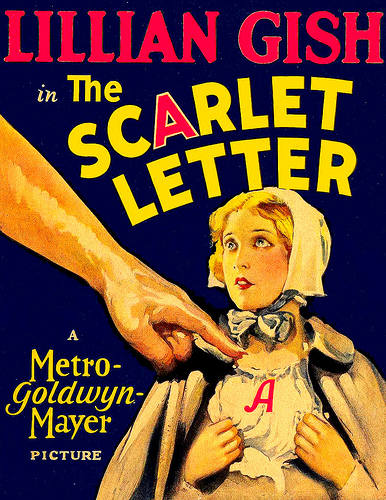