While in college, I read an essay called William Wyler, The Jansenist of Mise en Scene, by famed French film theorist Andre Bazin. And I must say, even though I was a fan of Wyler before, I realized I did not credit him enough as one of greatest and surprisingly unique directors.

In the essay, Bazin paints Wyler as a paradox in the world of classic film directors. Unlike his contemporaries such as John Ford or Alfred Hitchcock, his films are devoid of any aesthetic or thematic uniformity, while his story telling style differs from project to project. It is this very lack of consistent style, however, that Bazin argues creates the cinematic purity of a Wyler film. You see, rather than taking the liberty of infusing his own directing flare on the films he directed, like many of the Classic greats, he objectively looked towards the script’s source material to draw directing inspiration. By not limiting himself to what he found comfortable or even perhaps interesting, Wyler was able to improve on his craft on a film to film basis. To imitate his own past techniques would be to abandon the precise technique necessary to create an aesthetic and tone that fits the source material. By never imitating himself, Wyler’s strength as filmmaker came from his ability to transpose the style of his source material to film in a purely cinematic manner. This continuously developing form without continuity, this “style without style,” as Bazin calls it, is the very essence Wyler as a film making paradox.

So, on his birthday, let us celebrate this subtle but versatile director by looking at three films that remain true to their source material.

Dana Andrews and Teresa Wright in The Best Years of Our Lives (1947, William Wyler director) 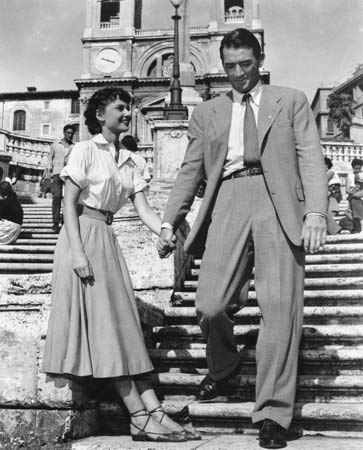