31 Days of Oscar Blogathon
Angela Lansbury in The Manchurian Candidate

In 2013, the Academy Awards corrected what was, in my humble opinion, one of its biggest mistakes. No, it did not reverse its 1942 Best Picture decision and give it to Citizen Kane (no offense to How Green Was My Valley lovers). It did, however, give an Honorary Oscar to one of the best actresses to come out of the Golden Age – Angela Lansbury. 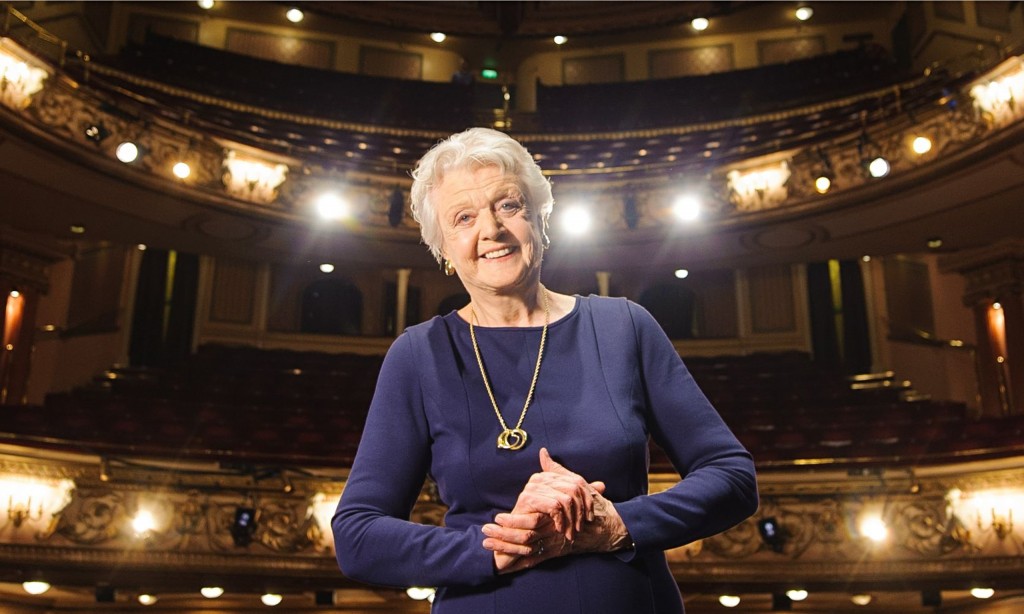 Yes, two years ago Lansbury was given the Lifetime Achievement Oscar at the Academy Awards. And, boy, does Lansbury have A LOT of achievements. First of all, there’s her record-winning numbers of TONY Awards (that would be five, by the way) and not to mention the five times she hosted Broadway’s biggest bash. She also has six Golden Globes sitting on her mantel, making that six wins with 15 nominations. And then there are the 18 Primetime Emmy Award nominations, for which she won a grand total of zero. And then there is the reason we are all here. Her three Oscar nominations and three Oscar snubs. Yes, Lansbury may finally have an Academy Award atop her nightstand but it’s not the one she should have gotten. It is not the 1962 Oscar gold for Best Supporting Actress.

Can’t you see the evil in her eyes?

Angela Lansbury’s performance as Mrs. Iselin in The Manchurian Candidate is villainy personified. She can be described as something of a Cold War Lady Macbeth – a master manipulator with a deadly combination of super human ambition and greed. Iselin uses anything and anyone in her grasp to achieve her goal of absolute tyranny and (spoiler alert), had she been successful, would have clearly done all that and more to maintain, “powers that will make martial law seem like anarchy!” Yes, she was quite a terrifying character but she doesn’t start out that way. In fact, it is only through Lansbury’s slow, deliberate unveiling of the character’s calm but ruthless ambitions does the audience realizes how evil she is.

When we first meet Mrs. Iselin, she seems almost comical. Having already arranged a ‘welcome home parade’ for her Korean War hero son (played by Lawrence Harvey), Iselin, with a camera crew and banner in tow, stampedes her way through a crowd  – ready to stage the perfect picture that lets us know that her son, Raymond Shaw is ‘Johnny Iselin’s Boy.’ The thing is, he’s not. Johnny Iselin, the State Senator of New York, is merely Raymond’s stepfather and not a very close one either. But to Mrs. Iselin, that does not matter. Raymond is a war hero and a senator needs a son that’s a war hero. BAM! The perfect publicity stunt was born. During these first few scenes with Mrs. Iselin, we find out what we need to know about her and nothing else. We understand her role as the media-savvy wife of a jokester politician who is willing to spin not only her life, but the life of her son into a public spectacle, should it mean just one more vote. She’s cheerful in that superficial way a politician’s wife can be, and seems almost as daft as her demagogue of a husband. And although there’s something vaguely off putting about her cloying stage-mom-ish tactics, she seems relatively harmless. 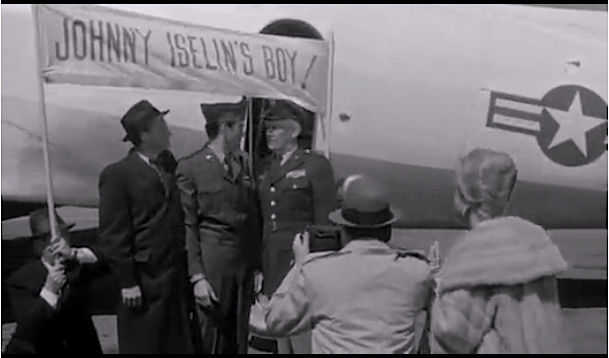 That’s what they said about Mama June…

Of course, if you’ve seen the movie, you know she’s not harmless. And in her next scene, we begin to see that. During a press conference with the Secretary of Defense, Senator Iselin, channeling his best McCarthy, states he knows 207 (or was it 104) members of the communist party working in the Department of Defense. And while all eyes in the film remain on the Senator’s bombastic display, it is Mrs. Iselin that holds the audiences’ attention. Yes, while Mr. Iselin hoots and hollers his way through the pressroom, Mrs. Iselin remains silent with eyes glued on the television in rapture as she watches her husband’s speech. But her stare isn’t one of a doting wife. She smiles and nods after each point is hit, after each note is sung. Rather than look at her husband with affection, her gaze is cold, callous and focused. When we do see a glimmer of sparkle on her face, it is not for her husband, but for the power he represents, the power she can manipulate. She doesn’t utter a single word and yet we know she is pulling his strings. She is the power behind the throne.

In truth, I could continue on for days about the subtleties of Lansbury’s performance. As powerful as Pattie Duke’s performance as Helen Keller was in The Miracle Worker, I find it simply doesn’t add up to the marvel that is Lansbury in The Manchurian Candidate.  I know I’ve annoyed one or two (or three or four) of my friends ranting about how much I love it. But, instead of forcing you to read another 1,000 words about how terrifyingly amazing Lansbury’s ‘confession speech’ is, I’m just going to let you watch it. Hopefully you’ll see some of the greatness that I do.

A big shout out to Kellee (@IrishJayhawk66) of Outspoken & Freckled, Paula (@Paula_Guthat) of Paula’s Cinema Club and Aurora (@CitizenScreen) of Once Upon a Screen for hosting this fun 31 Days of Oscar event! Your time and efforts are well appreciated. There are so many more wonderful Classic Bloggers participating in this event so please be sure to check out the other entries.