The Wonderful Words of Robert Riskin

“Behold the walls of Jericho! Maybe not as thick as the ones that Joshua blew down with his trumpet, but a lot safer. You see, I have no trumpet.”
– Clark Gable in It Happened One Night

Recognize that quote? Yes, I would imagine that many of us classic movie fans do – but that’s just one of the many memorable lines penned by screenwriter Robert Riskin. And, although probably not in the lexicon of the ‘average’ classic movie fan, Riskin has undoubtedly contributed to some of the most beloved films of all time, most notably through his collaborations with legendary director Frank Capra.

Robert Riskin was born on the Lower East Side of Manhattan on March 30, 1897, (incidentally, just 7 weeks prior to Frank Capra who was born on May 18, 1897 in Sicily). As a young teen, Riskin would sneak into vaudeville shows and transcribe the jokes and sketches he heard on stage. Early on, he took a job with Heidenheim and Levy, a shirt manufacturer whose partners invested in films. At age 17, the partners sent him to Florida to run their film production company, where Riskin churned out comedies until he enlisted in the Navy during WWI.

Upon returning to New York City after the war, Riskin faced some career struggles, but ultimately found success on Broadway as a playwright. During the Great Depression however, many Broadway stages fell dark – so in 1931, when Columbia Pictures bought the screen rights to some of his plays, Riskin made the move to Hollywood. And that’s where he met Frank Capra…

Although parting ways with Capra in 1941 (feeling that Capra was taking the lion’s share of credit for their films), Riskin was credited on three additional Capra films: Riding High (1950), Here Comes the Groom (1951) and a remake of Lady for a Day called Pocketful of Miracles (1961, posthumously).

So, to celebrate Riskin’s indelible dialog, here is a sampling of iconic lines from some of Capra’s (and his) most iconic films:

“I’ll stop a car, and I won’t use my thumb!”
– Claudette Colbert as Ellie Andrews in It Happened One Night

“People here are funny. They work so hard at living, they forget how to live. Last night after I left you I was walking along and I was looking at the tall buildings. And I got to thinking about what Thoreau said. They created a lot of tall palaces here but they forgot to create the noblemen to put in them.”
-Gary Cooper as Longfellow Deeds in Mr. Deeds Goes to Town 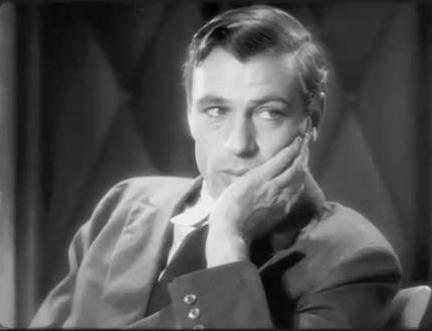 “It’s like the road out in front of my house. It’s on a steep hill. Every day I watch the cars climbing up. Some go lickety-split up that hill on high, some have to shift into second, and some sputter and shake and slip back to the bottom again. Same cars, same gasoline, yet some make it and some don’t. And I say the fellas who can make the hill on high should stop once in a while and help those who can’t.”
-Gary Cooper as Longfellow Deeds in Mr. Deeds Goes to Town

“It’s like I’m out in a big boat and I see one fellow in a rowboat who’s tired of rowing and wants a free ride – and another fellow who’s drowning. Who would you expect me to rescue?… Any ten-year-old child will give you the answer to that.”
-Gary Cooper as Longfellow Deeds in Mr. Deeds Goes to Town

“Age is a limit we impose upon ourselves. You know, each time you Westerners celebrate your birthday, you build another fence around your minds.”
-H. B. Warner as Chang in Lost Horizon

“Listen, when I was courting your Grandmother, it took me two years to propose. You know why? The moment she’d walk into a room, my knees buckled. Blood would rush up into my head and the walls would start to dance. Twice I keeled over in a dead faint.”
-Lionel Barrymore as Grandpa Vanderhoff in You Can’t Take It With You

“I can still hear the tinkle of her thin little voice, see her eyes laughing. That’s the reason I’ve lived in this house so many years — could never move out — would be like moving out on grandma.”
-Lionel Barrymore as Grandpa Vanderhoff in You Can’t Take It With You

“Scum, are we? What makes you think you’re such a superior human being? Your money? If you do, you’re a dull-witted fool, Mr. Kirby. And a poor one at that. You’re poorer than any of these people you call scum, because I’ll guarantee at least they’ve got some friends.”
-Lionel Barrymore as Grandpa Vanderhoff in You Can’t Take It With You

“Maybe it’ll stop you trying to be so desperate about making more money than you can ever use? You can’t take it with you, Mr. Kirby. So what good is it? As near as I can see, the only thing you can take with you is the love of your friends.”
-Lionel Barrymore as Grandpa Vanderhoff in You Can’t Take It With You

“Oh, John, if it’s worth dying for, it’s worth living for.”
-Barbara Stanwyck as Ann Mitchell in Meet John Doe

And, to wrap up, just a few fun facts about Robert Riskin:

And one last image for good measure… The Walls of Jericho 🙂 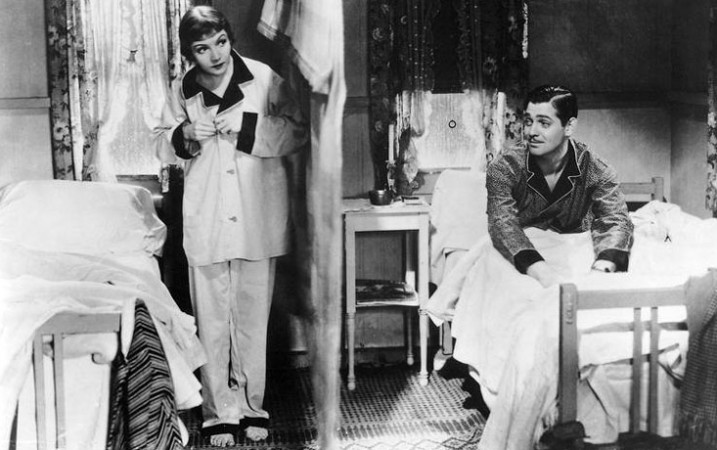 A Big Thank You to the marvelous Classic Movie Blog Association for hosting this very special event! There are so many more wonderful Classic Bloggers participating in this event so please be sure to check out the other entries.