Currently in American films there are two female comedy stars – Melissa McCarthy and Amy Schumer. That seems like a bounty as often there aren’t any acknowledged funny ladies, but the truth is they’re always around, but for whatever reason they never get the same attention as the funny men. This has always been true – when people talk about silent film comedians it’s always Charlie Chaplin, Buster Keaton, Harold Lloyd, or Laurel & Hardy. Occasionally, just occasionally, there’s a mention of Mabel Normand or Marie Dressler, but that’s where it stops – nobody talks about the likes of Louise Fazenda, Colleen Moore, Marion Davies, or Fay Tincher.

Silent films were teeming with funny ladies and in my new book Slapstick Divas: The Women of Silent Comedy (BearManor Media) I’ve tried to bring some attention to their careers and work. The early silent comedies produced after 1900 were simple one-joke situations. The focus was on the brief story and the performers were anonymous and almost superfluous. This began to change around 1910 as filmmaking techniques became more sophisticated, and a number of woman began to headline in European slapstick shorts. Names like Sarah Duhamel, Valentina Frascaroli, Gigetta Morano, and Nilde Baracchi don’t mean anything today, but they became popular with the world’s movie audiences, and the American film industry began to follow suit. 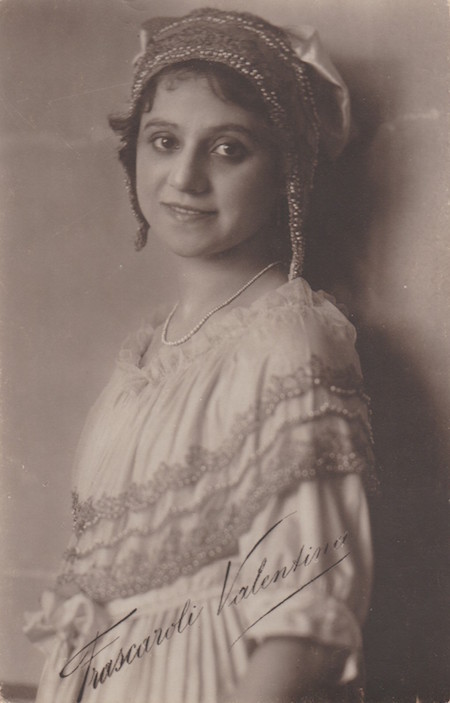 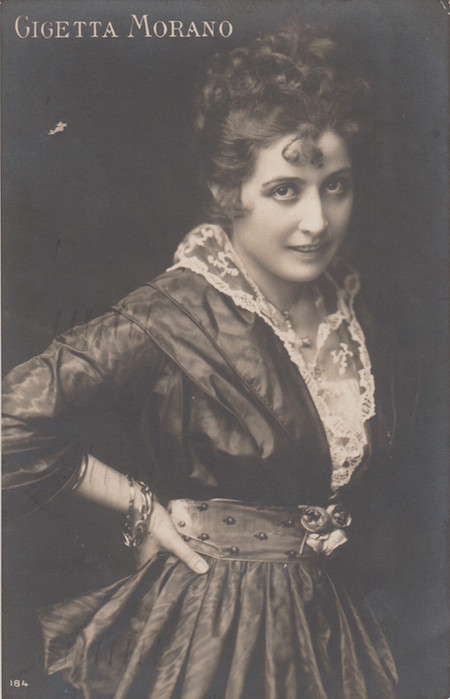 Originally actors in U.S. films were never credited but audiences took it upon themselves to identify their favorites and create names for them. Biograph actress Gladys Smith was dubbed “Little Mary” by her public, and took that name when she re-christened herself Mary Pickford. After 1910 the names of players began to be issued by the studios but these would often vary from country to country. In the U.K. for instance Mabel Normand was known as Muriel Fortesque, Mack Sennett was Walter Terry, but the best moniker was saved for Fred Mace – Sidney Pinkhurst. Two of the first important comic actresses that took hold in American films both joined the industry in 1907 – 1908, and came from the stage.

The first, Florence Turner, is sometimes referred to as the original movie star as she’s thought to be the first to sign a contract when she joined the Vitagraph Company in 1907, but her duties in those early days also included being paymaster, accountant, and wardrobe woman. So much for star perks. The studio cranked out all types of pictures and Ms. Turner was versatile – she played in historical dramas, Shakespeare opuses, literary adaptations, and plain old melodramas – but her real flair was for character comedy. 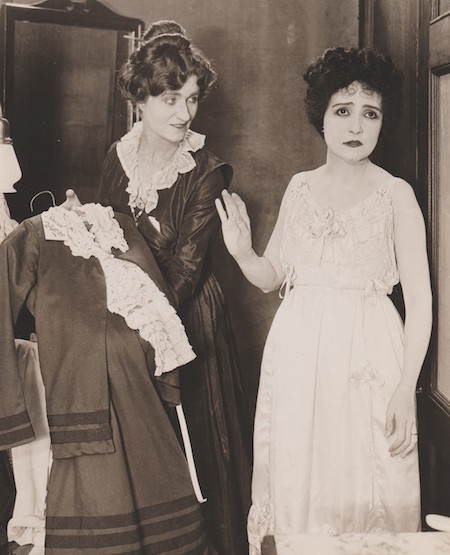 In She Cried (1912) she portrays a slow girl who messes up the well-oiled assembly-line of a busy box-making plant, and dissolves into tears at any criticism or word from a boss or co-worker. Pumps (1913) presents her as a young woman at a fancy soiree whose tight shoes are killing her so she secretly takes them off under the table but then loses them. In her best surviving film, Daisy Doodad’s Dial (1914), she’s a wife competing with her husband to win an upcoming face-making contest who becomes so obsessed with the contest that she practices her grotesque faces on the street and gets arrested for disturbing the peace and being potentially crazy. She accuses her husband of arranging the arrest so she couldn’t win the contest, and after the fight with her hubby she has a nightmare where she’s haunted by all her various faces. 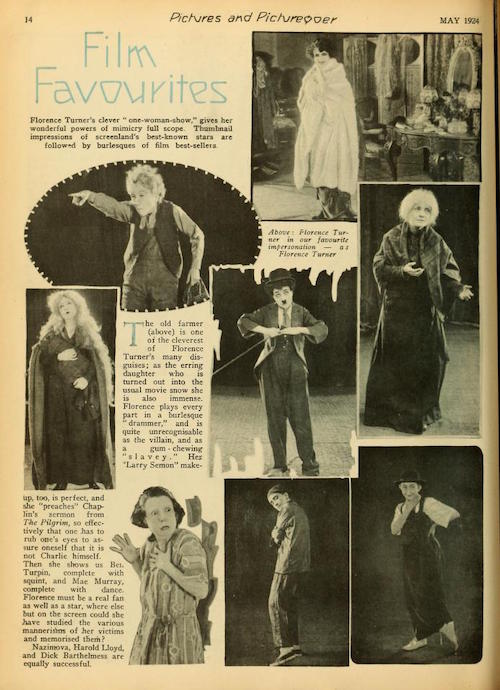 A selection of impersonations from Florence Turner’s stage show which includes Charlie Chaplin and Larry Semon.

Turner was also a wicked mimic, and made films were she imitated and did parodies of her screen contemporaries like Ford Sterling, Broncho Billy Anderson, Mabel Normand, and Ben Turpin. At the peak of her career in 1913 she set up her own company in England, and made numerous features and shorts, but World War I interrupted her success. Later returning to America she eventually became a supporting actress, and even played Buster Keaton’s mother in his 1927 College, but by the time sound came in she was relegated to extra work and died at the Motion Picture Country Home in 1946. 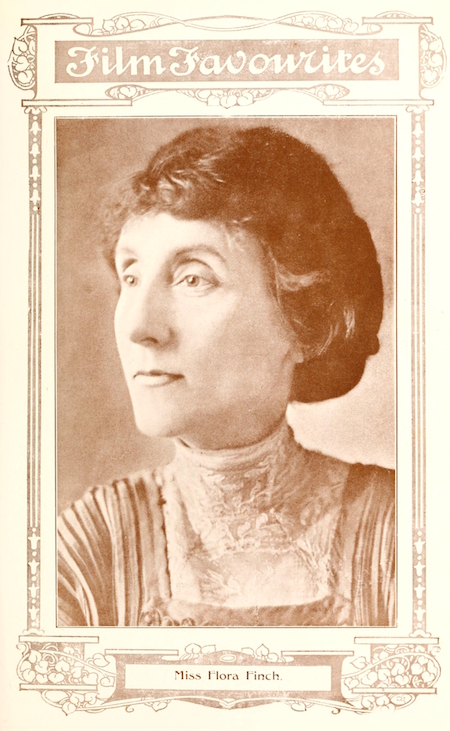 Next is the talented and supremely skinny Flora Finch. Best known for her screen partnership with the rotund John Bunny, Finch was the ideal surname for her as there was something very bird-like in the combination of her sharp, hawkish features and stork-thin length. Born in England, she worked on stage there, and after coming to America she entered films while trying to get a foothold on the U.S. stage. Her first films were for the Biograph Company under the direction of D.W. Griffith, but a couple of years later she relocated to the Vitagraph Studio in Brooklyn and there in 1911 she first worked with John Bunny.

Exhibitor ad for the first release of Flora Finch’s own company.

The combination of the severe Finch with the expansive Bunny was a match made in comedy heaven. There was an instant combative chemistry (which may have been helped by the fact that they’re said to have had an active mutual dislike for each other), and their films together, called “Bunnyfinches” by fans, were hugely popular. The pair were often seen as married couples with Flora as the henpecking wife trying to keep Bunny from drinking, playing cards, or just enjoying himself. Other times she’d be a flirty rich widow that Bunny was trying to woo, or a mother attempting to keep their daughter from eloping with someone she didn’t approve of. While limited in her roles by her distinctive appearance, she still managed to find variations in her characters and never played stock harridans or shrews.

From left to right Josie Sadler and Sidney Drew make war not love with their neighbors Flora Finch and John Bunny in THE FEUDISTS (1913).

When John Bunny left films in 1914 Ms. Finch continued, and even had her own short-lived company – The Flora Finch Film Corporation. The rest of her career was playing a succession of aunts and spinsters in shorts and features such as Rudolph Valentino’s Monsieur Beaucaire (1924), The Cat and the Canary (1927), The Scarlet Letter (1934), and even Laurel & Hardy’s Way Out West (1937). Remaining a trouper to the end, her last known appearance was in The Women (1939) and she died in 1940.

Thanks to the popularity of players like Florence Turner and Flora Finch by 1911 the star system began to be firmly entrenched in the film industry and with the public, setting the stage for the performers who followed.

Steve Massa is the author of Slapstick Divas: The Women of Silent Comedy, Lame Brains and Lunatics: The Good, The Bad, and The Forgotten of Silent Comedy and Marcel Perez: The International Mirth-Maker. He has organized and curated comedy film programs for the Museum of Modern Art, The Library of Congress, The Museum of the Moving Image, The Smithsonian Institution, and The Pordenone Silent Film Festival.

If you’re interested in learning more about Steve’s books, you can read more about them on amazon here: