Just for Fun! Asta the Dog!

One of Hollywood’s most famous Canine Scene Stealers, Asta the terrier was born ‘Skippy’ in 1931 (or possibly 1932).  Asta* appeared in 12 film and television roles, most notably as ‘Asta the Dog’ in The Thin Man (1934), After the Thin Man (1936) and The Thin Man Goes Home (1945) playing ‘opposite’ amateur sleuths Nick and Nora Charles (William Powell and Myrna Loy). He was also quite the ‘cut-up’ as “Mr. Smith” who was caught up in a custody battle between Cary Grant and Irene Dunne in The Awful Truth (1937), and as “George” who steals and buries the priceless Intercostal Clavicle, much to the chagrin of Cary Grant (and the amusement of Katharine Hepburn) in Bringing Up Baby (1938). Asta also ‘starred’ as “Mr. Atlas” in Topper Takes a Trip (1938) with Roland Young and Constance Bennett.

Asta was noted as being one of the most intelligent animal stars of his time, and became the highest paid animal star of his day, earning $250 a week. 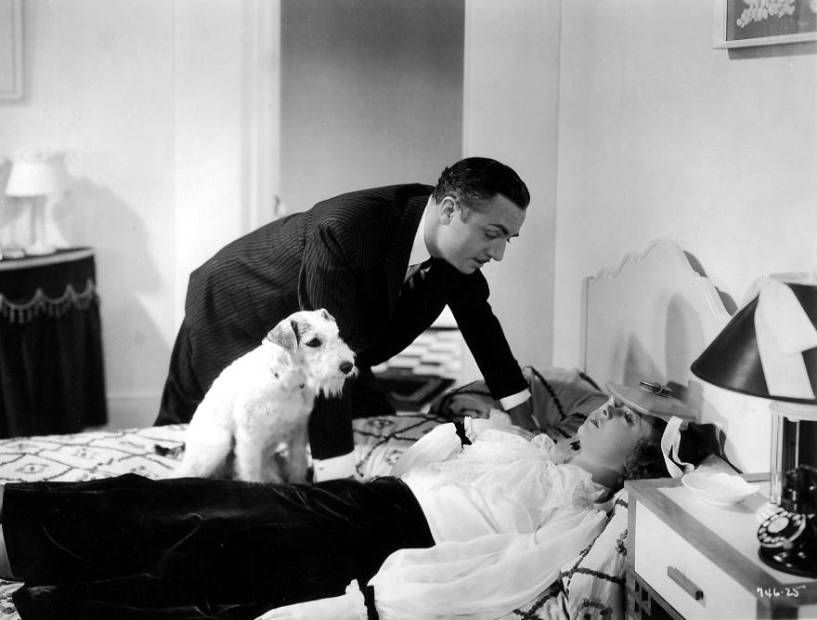 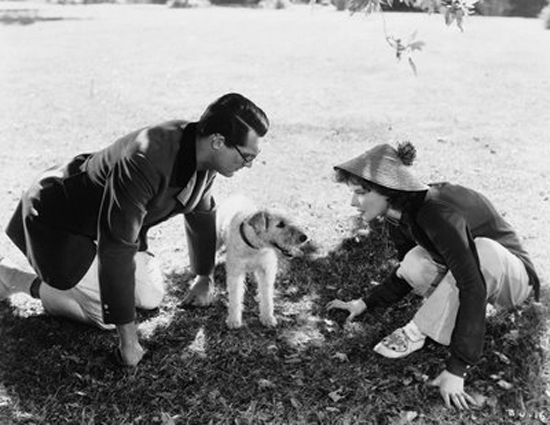 Asta’s owner was Gale Henry, a prominent Silent Screen comedienne who starred in over 265 films and shorts from 1914 through 1933.  Gale and husband Henry East, owned kennels in the Hollywood vicinity where they trained some of the most celebrated dogs in motion pictures.

This entry was posted in Just for Fun, Posts by Annmarie Gatti and tagged Asta the Dog, Bringing Up Baby, Famous Hollywood Canines, Skippy the Dog, The Awful Truth, The Thin Man. Bookmark the permalink.

3 Responses to Just for Fun! Asta the Dog — Hollywood’s Most Famous Canine Scene-Stealer!