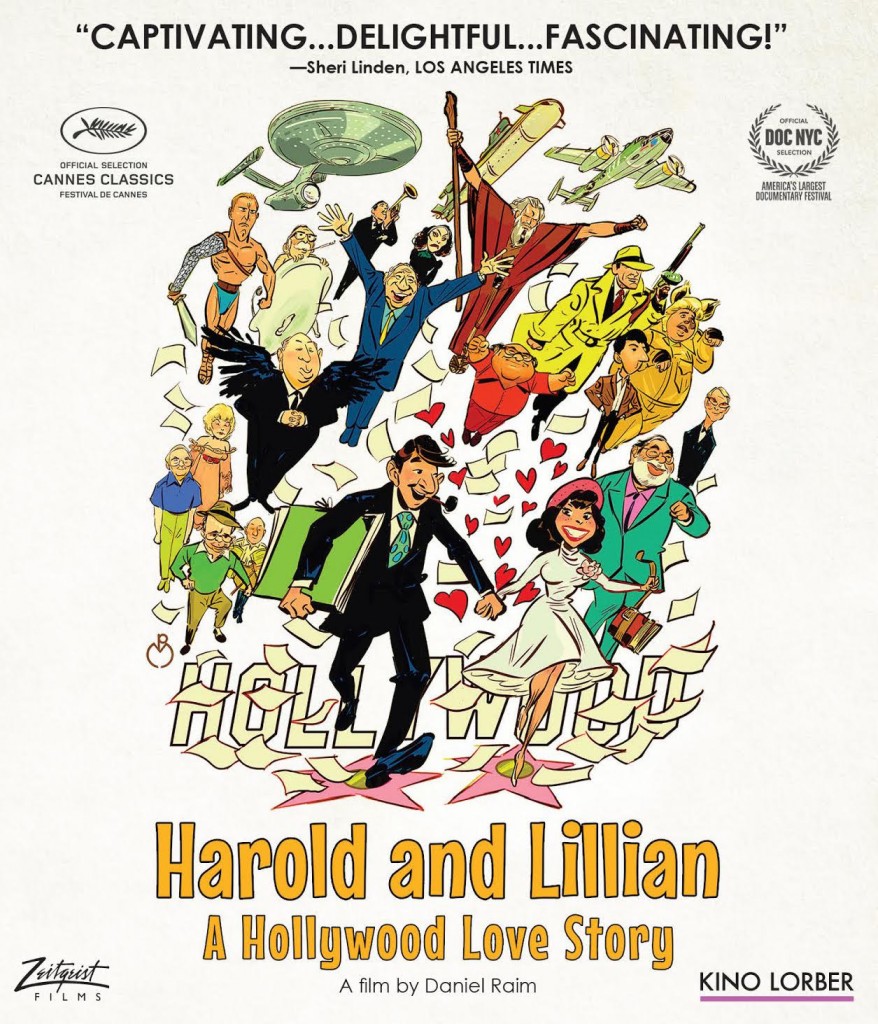 What comes to mind when you think of the word Hollywood? Glamour? Yup. Scandal? Sure. Stardom? Of course. But film maker Daniel Raim wants to show you a different side of Hollywood – a more human side. The side that’s occupied by the mere mortals who never appear on the screen but work above and beyond, behind the scenes.

Last week I had the pleasure of speaking with Daniel about his latest documentary – Harold and Lillian: A Hollywood Love Story.  The film not only chronicles the beautiful romance between two of Hollywood’s unsung heroes: Harold and Lillian Michelson but also sheds light on the their prolific contributions to the American film industry. 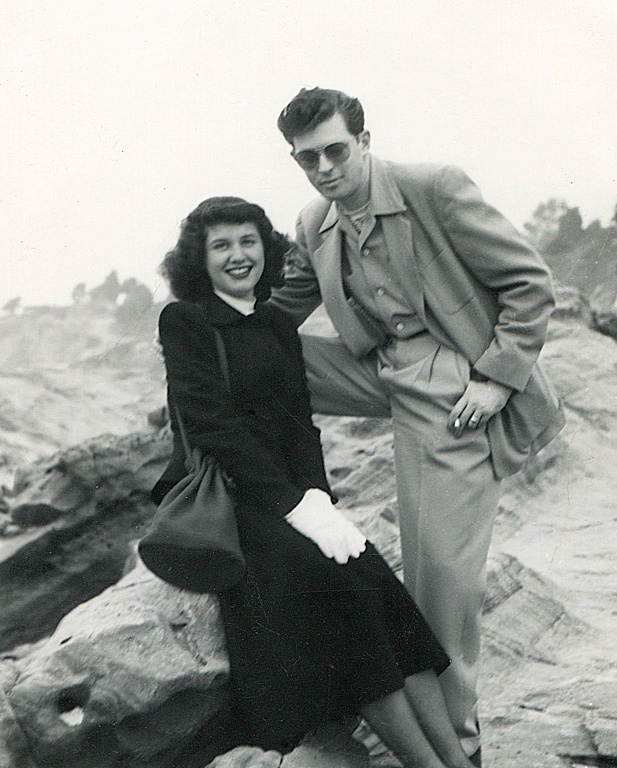 1) I’ll just start with an obvious question: what is the origin of this project? Why did you decide to tell these stories – one about the Hollywood behind-the-scenes workers, and the other a love story between Harold and Lillian?

The genesis of the film began in 2013 while exploring the contributions of Harold and Lillian to the American film industry. At the time, I didn’t know what it would turn into. I met Harold in 1998 as a film student at the American Film Institute, when Harold was invited by my professor Robert Boyle (Hitchcock’s Production Designer) to speak about storyboarding. I was appreciative of their work and deeply curious to understand more.

I was able get to know Harold while working on my first documentary, The Man on Lincoln’s Nose, a film about the production design of Hitchcock films. I traveled with Harold and Boyle to Bodega Bay, the location of The Birds, and I had the privilege to do two career-spanning interviews with Harold. From there Harold and I became friends and by extension I became friends with Lillian.

They were so warm, inviting and nurturing towards me as a young person in the industry, and I know other people shared similar experiences with them as they were coming up in the industry. And it was through knowing them, having fabulous lunches and spending hours with them that left me inspired and energized, that I knew I wanted to make a film about them.

Lillian originally didn’t want to open up and was actually very camera shy. At first, she had absolutely no interest in talking about anything that had to do with her personal life. So, I soon realized I had to change my approach. I started doing it in very traditional way. You know, coming in with a film crew, lights and asking investigative questions. I soon abandoned that and showed up with just me and a camera, and basically started having conversations with Lillian. She had a lot of life lessons to offer. As the doc shows, she had a tough life and has a lot of wisdom to share. After a while, it very much became an intimate journey. It took two years to get to that point but it was very well worth it.

What I hope came across in the film is how she was able to make a life and a career despite the hardships in her life – having a difficult childhood, accepting Harold’s love, and raising an autistic son.

3) Danny DeVito worked as the Executive Producer on this film and as one your interview subjects. Considering his own directing experience, did he offer any creative suggestions during the filmmaking process or did he take a more hands-off approach?

Danny DeVito had originally agreed to be interviewed for the film. He then agreed as a friend of the family to watch a rough cut and liked it enough to call in his friend/editor, editor Lynzee Klingman, to tell her about it. He invited Lynzee and me to come over to his house and go over the film beat by beat. It was like a master class in filmmaking, working with the two of them. They really helped pull the film together.

Once the film was in shape, I submitted it to the Cannes Film Festival and it was accepted! After that, Danny offered his name as Executive Producer to help give the film more exposure. He’s such a great guy. He does a lot to help people making their way in the business.

4) I quite enjoyed the unromantic origins of this love story – with Lillian acting as somewhat of a social climber. Their romance seemed non-traditional in many ways, but I also got the sense that they were very much in love. What was your approach to crafting their romance on screen?

A lot of post work and working with the animator and illustrator, Patrick Mate, who was responsible for the storyboard illustrations of Harold and Lillian. He was really able to bring them to life. Also, getting access to those love letters written by Harold and Lillian were a great addition to the film and helped create a profound intimacy in the film.

And just letting Lillian tell the story in her own voice with her great sense of wit. That’s something she and Harold shared, a great sense of wit. Despite their collective tribulations, such as raising an autistic child in the 1950s, when women were called “refrigerator mothers,” Harold’s WWII experience, and Lillian’s parental abandonment issues, they were able to approach life with such love, tenacity and perseverance.  It’s a beautiful thing to watch. 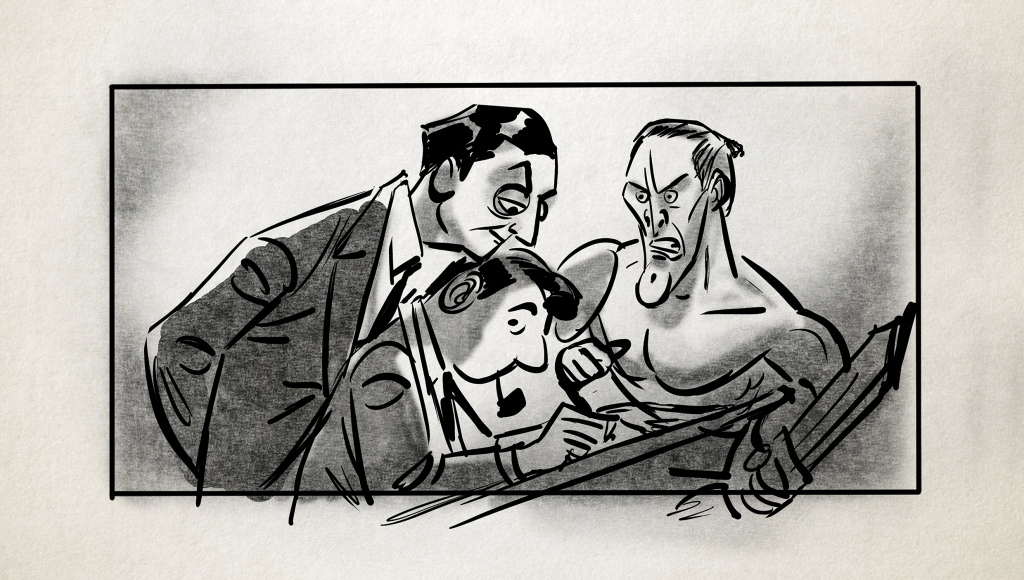 5) I am curious about your thoughts on the Auteur Theory in regards to filmmaking.  The film puts so much emphasis on how much Harold’s storyboard influenced the framing and camera work of some celebrated directors that, to me, it could act as an argument against it, since Harold’s framing was so important in the story-telling of a plethora of the films he worked on.

Yes, well film is a deeply collaborative effort and Hitchcock, for example, relied on his crew. He really worked with the best screenwriters, productions designers, art directors, cinematographers, storyboard artists, composers – he worked with the best around. They all enriched his films and Hitchcock trusted in them to so do. But it all began with his ideas. You know, there’s the saying Hitchcock directed from a telephone. Well, on the The Birds he directed from the inside of a limousine.

Hitchcock liked Harold’s work enough to bring him along to storyboard on location in Bodega Bay. This wasn’t something that happened that much with storyboard artists. But for Hitch, Harold was his visualizer. Every shot in The Birds was based of Harold’s storyboards, his visual conception of Hitchcock’s vision. For the most part, Harold liked to be behind the scenes and being left alone with his charcoal, ink, and the script so that he could visualize the story.

As for Mike Nichols, he was still a pretty young director when The Graduate came out. So, he was reliant on his cinematographer and Harold’s storyboards to visualize his films since he came from a theater and Broadway background. Harold’s boards were so visually strong that the DP, Robert Surtees, fell in love with them. Harold had this special ability to visualize everything, height of the camera, the tilt and lens. So he created storyboards that show what the camera sees. He knew he had to think like a director.

I truly believe Harold is one of the unsung masters of filmmaking in American Film.

6) One thing that I loved about your film was the tone – it felt warm and inviting, as if I should have been drinking a nice cup of hot cocoa while watching it. Did the romance of Lillian and Harold dictate this tone? Or did you actively steer away from the more cynical and often scandalized tones of many Hollywood-centric documentaries?

They were both so down earth and I wanted to show that – to show all the work that goes into behind the scenes of Hollywood. One thing I hope to do is humanize Hollywood. There’s more than what is on the screen. They are just two of the countless unsung heroes who pour their hearts and souls into their work. And then they go home and live perfectly normal lives. As much as film is a fabrication, there is some truth there. That’s what I want to show.

7) This question veers away from the film a bit but I am curious about your thoughts on comic book and graphic novels as an art form, considering they have the same visual language and story-telling style as storyboards.

I must admit, I’m not the most well-versed or much of an authority on comic books or graphic novels. But I can say this, I think the key difference is their function. Graphic novels are an art form at its end stage and exist for themselves. It’s the final product. Storyboards are the visual screenplay interpreted by the artist and exists to aid in the development of the film. Their function is to set visual ideas in motion.  Being a storyboard artist is about ideas, not style.

8) What was the most difficult part of making this film?

This might sound too broad but the most difficult part was just seeing if we could make this work! Between the behind the scenes story and the love story, there was just so much material to work with.  I mean, how can we create a unified film – you know, make this material come together? How do you whittle down 60 years of two careers and a 60-year marriage into a 94-minute documentary and weave them together into a cohesive whole? It was such a big risk. But, the bigger the risk the bigger reward. And in the end it all came together. 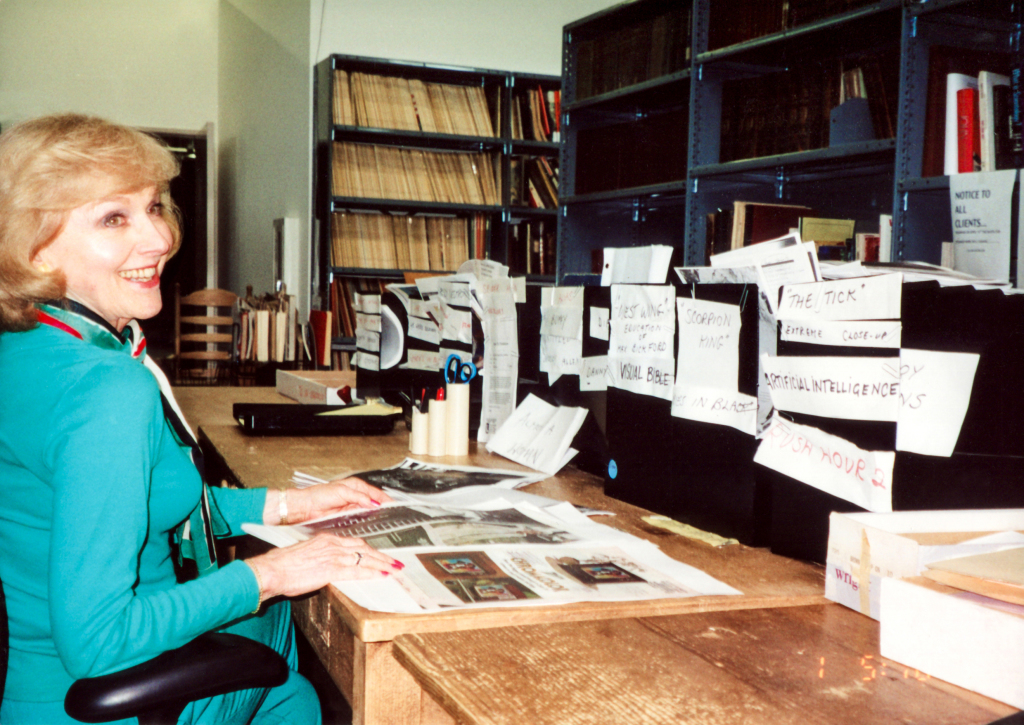 9) Lillian was such a great storyteller and wonderful character! Was there a story that Lillian told that you liked but couldn’t fit in to the movie? If so, what was it?

To be honest, I didn’t anticipate the impact Lillian would have on the audience. People have such a profound liking for her! At TCM events or any festival events we attended, there would be a line out the door to meet her. It was absolutely incredible.

As for more stories, there is a really great Blu-ray/DVD extra called Lillian’s Life Lessons. So, if you want more Lillian stories, be sure to check out the DVD!

I would like to extend my gratitude to Daniel Raim for taking the time to do this interview with us. You can order a copy of Harold and Lillian: A Hollywood Love Story here on amazon.