Let me be honest with you: I have not seen very many Ray Milland films. I know, I know: How am I supposed to write about someone with whom I have very little knowledge of both on and off screen? Well, as my screenwriting professor once said to me back in the ol’ college days of a whole eight months ago, write about what I know. And what I know about Milland is this: The Lost Weekend. 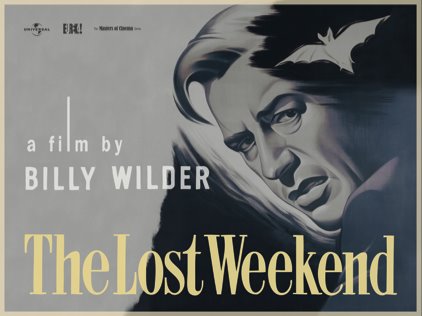 If you remember from many posts back, Billy Wilder is my favorite director. And while other Wilder films may rank higher in terms of likability, The Lost Weekend is the Wilder film I understood most on a visceral level. Without going into too much detail, let’s just say that I’ve dealt with people who have had substance abuse problems in my past. And when I watch films that deal with this subject, sometimes the actor can, well, ham it up in the worst way possible. It’s all flash with no real substance behind the performance. With Milland, I see none of that. As dramatic as the story becomes, I always see the quiet desperation in his eyes. 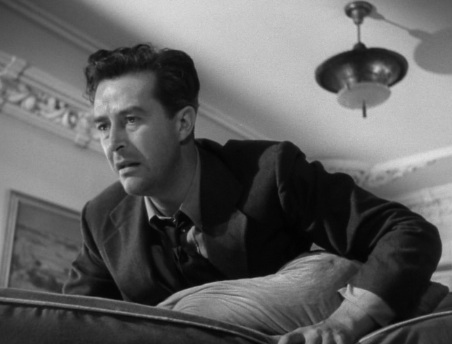 Ray Milland, desperately searching for hidden booze hidden by those who care for him.

One scene, toward the beginning of the movie, that always strikes as truth to me is when Milland cons the cleaning lady out of her money in order to buy alcohol after his loved ones have hidden his own. The depths of addiction it takes to become that manipulative is something so tragic, it could easily be marred into something humorous. But somehow, through the expert coaching of Wilder, Milland is able to walk that fine line of “cool” con-man and pathetic addict. It’s a dark skill that takes both deep desperation and a single-minded goal, which Milland portrays perfectly. And at the bar, I could see that sad, familiar face of the person who knows their demons have consumed them but feel too helpless, too weak to do anything about it. It’s a common tragedy of the human condition and Milland makes it feel all too real. 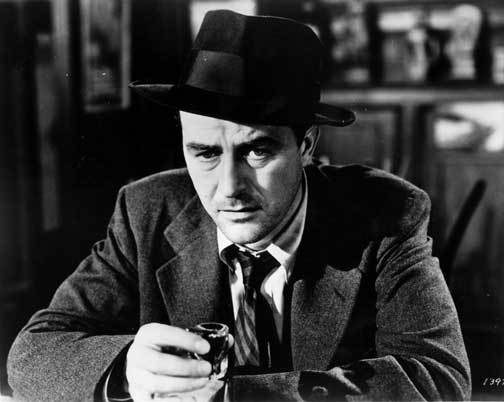 Ray Milland consumed by his addiction.