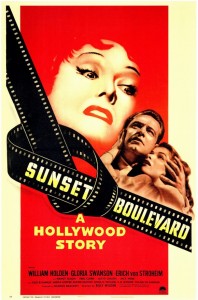 In 1950, a movie you might have heard about came out, a little movie called Sunset Boulevard. The story revolves around a writer, an aging actress, and whole mess of lies, deceits, and, ya know, the Hollywood usual. I’d tell you more about it but I’m not in the business of giving away spoilers. I am, however, in the business of spoiling myths — and the myth that needs spoiling in this particular case revolves around the before-mentioned aging actress. 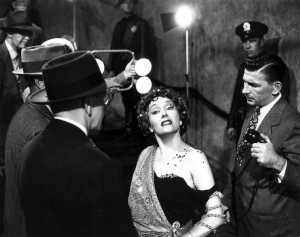 In Sunset Boulevard, Gloria Swanson plays Norma Desmond, a delusional, unwanted, aging silent actress desperately clinging to the fantasy that her best years are yet to come — when clearly they’ve already passed. In real life, Gloria Swanson was also an aging actress who had been out of filmic limelight since about the silent era and was desperately seeking a comeback. Well, actually, only part of that is true. Yes, Swanson was an aging actress, but I’m an aging writer and you are an aging human. And really, other than that, the similarities between Swanson and Desmond end. Sure, they were both huge stars who didn’t transition past the silent era, however, Swanson’s handling of the situation couldn’t had been more different than Desmond’s. 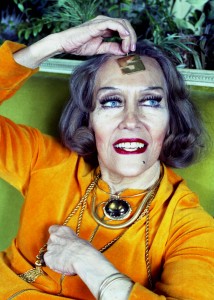 Instead of isolating herself for 20 years in a mansion made of decadence (as Desmond did), Swanson moved to New York and started an inventions and patents company called Multiprizes. The company’s sole purpose was to rescue Jewish Scientist and inventors from war-torn Europe. She also began painting, sculpting, writing columns, and engaged in political activism — all while making appearances on the stage. Oh, and she also designed and marketed clothing. To compare, at this point in her life, all Desmond seemed to accomplish was buying a monkey then watching it die. So, despite the claim that Swanson was merely “playing herself” in Sunset Boulevard, well, we can consider that myth busted.