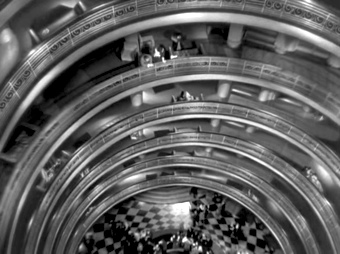 Other Nominated Films:
Arrowsmith, Bad Girl, The Champ, Five Star Final, One Hour with You, Shanghai Express, The Smiling Lieutenant

One of the first films to feature an ensemble cast in the history of cinema, Grand Hotel succeeds on all levels. Grand Hotel features Greta Garbo, John Barrymore, Joan Crawford, Wallace Beery, Lionel Barrymore, and Lewis Stone — and, as you would expect, none of them disappoint. In a way, this could also be considered one of the earliest anthology films since there are numerous stories taking place at the same time. So, you could say that Grand Hotel is a movie of a grand scale (I was getting that phrase in here one way or another.) The film begins and ends in the same way: with Doctor Otternschlag (Stone) saying, “Grand Hotel. People come and go. Nothing ever happens.”  But, in between the two times this statement is made, a whole bunch does go on in the Grand Hotel: love, friendship, thieving, murdering, but most of all, laughing. Let’s see now…there is Baron Felix von Geigern (John Barrymore), who lost his fortune gambling and supports himself by playing cards and stealing jewelry, who befriends Otto Kringelein (Lionel Barrymore), who discovers he’s dying and decides to spend his remaining days having fun, who used to work for industrialist General Director Preysing (Wallace Beery), who is at the hotel to close an important deal, who hires stenographer Flaemmchen (Joan Crawford) to assist him in doing so. Oh! And then there’s Russian ballerina Grusinskaya (Greta Garbo), whose career is slowly declining and who is on the verge of a breakdown when she utters one of the most famous lines in movie history, “I want to be alone.” Whew! Now, that’s a lot! And that’s only the first 20 minutes or so. Grand Hotel is the only film to win Best Picture without it, or anyone involved with it, being nominated in any other category.

Baron Felix von Geigern: [looking down from the sixth-floor balcony over the front desk] You know, I’ve often wondered what’d happen to that old porter if somebody jumped on him from here.
Flaemmchen: I’m sure I don’t know. Why don’t you try it and find out? 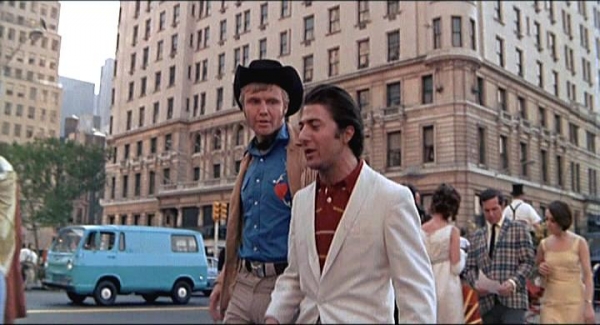 While working on this countdown, I always knew that Midnight Cowboy would be the toughest film for me to write about. While I enoyed Midnight Cowboy a lot, it just is not a Classic film. It’s the only film to ever win Best Picture with an X-rating, which is a rating primarily used for…well…pornography. The X-rating has been given to other films such as A Clockwork Orange, Fritz the Cat (an animated film), and Last Tango in Paris. Focusing back on Midnight Cowboy, while it may not be a Classic, it won Best Picture, and that certainly counts for something. The film stars Dustin Hoffman and newcomer Jon Voight, and focuses on naive male prostitute Joe Buck (Voight) trying to find his way on the streets of New York. On his journey, he runs into con man Enrico “Ratso” Rizzo (Hoffman), who tricks Joe out of $20. Joe eventually finds Rizzo, and in time they become close friends who help each other survive. Midnight Cowboy is a film that focuses on friendship and how far two people are willing to go for each other…ya know, when it’s put like that, it actually sounds like a pleasent film! It was also nominated for three Academy Awards for acting: Dustin Hoffman and Jon Voight for Best Actor, and Sylvia Miles for Best Actress.