Celebrating Summer with a Kino Classics Giveaway (July via Twitter)

Time for our next contest! This time we kick off summer with a Kino Classics giveaway… We are happy to say that we have TEN classic DVD or Blu-Rays to giveaway on Twitter this month, winners’ choice of four titles – western classic The Big Country, Hitchcock’s Under Capricorn, Fritz Lang’s The Woman in the Window, or family favorite The Adventures of Tom Sawyer. And don’t forget to stay tuned because we’ll also be giving away TWO more DVDs/Blu-Rays via a separate Facebook/Blog giveaway this month too. That said, here we go… 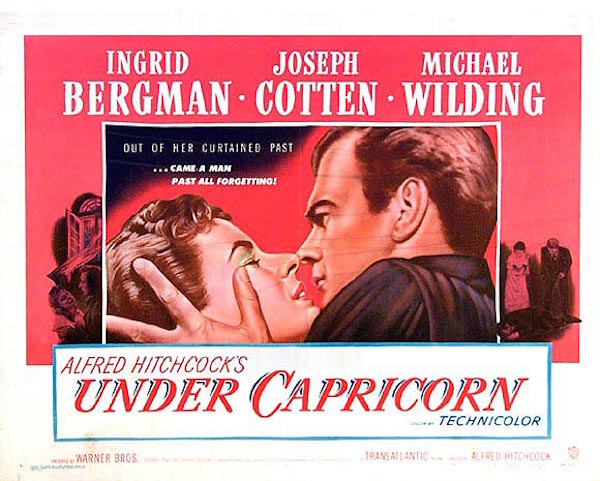 In order to qualify to win one of these prizes via this contest giveaway, you must complete the below entry task by Saturday, Aug 4 at 10PM EST. However, the sooner you enter, the better chance you have of winning, because we will pick two winners on five different days within the contest period, via random drawings, as listed below… So if you don’t win the first week that you enter, you will still be eligible to win during the following weeks until the contest is over.

The Big Country: Blu-Ray or DVD available. Newly Mastered in HD! From William Wyler, the legendary director of Mrs. Miniver, The Best Years of Our Lives and Ben-Hur, comes this epic western featuring an incredible cast of screen legends Gregory Peck (On the Beach), Jean Simmons (Elmer Gantry), Charlton Heston (The Ten Commandments), Carroll Baker (Baby Doll) and Burl Ives (Cat on a Hot Tin Roof) in his Oscar-winning performance (Best Actor in a Supporting Role). This bold, sweeping tale of a ship’s captain (Peck) who ventures west to find a hotbed of jealousy, hatred and dangerous rivalries. As the reluctant hero is thrust into the maelstrom, he must summon all of his resolve to save not only his own life, but also the life of the woman he loves. The Big Country is an action-packed adventure that triumphs as a work of art. The film’s legendary rousing score by Jerome Moross (The War Lord) was nominated for an Oscar. The stellar cast includes Charles Bickford (Duel in the Sun) and Chuck Connors (TV’s The Rifleman and Branded).

Under Capricorn:  Blu-Ray or DVD available. Brand New 4K Restoration! Mystery, murder and passion from the master of suspense, Alfred Hitchcock (Lifeboat, Psycho). Screen legends Ingrid Bergman (Joan of Arc, Intermezzo) and Joseph Cotten (Portrait of Jennie, The Farmer’s Daughter) star in Under Capricorn, a lush Technicolor drama. Cotten plays Sam Flusky, a native Briton banished to Australia for murder. Bergman is his wife, Henrietta, the disturbed sister of the man Flusky was convicted of killing. When a new governor (Cecil Parker, 23 Paces to Baker Street) arrives, he brings with him his cousin Adare (Michael Wilding, Stage Fright), an old friend of Henrietta’s, who sets out to help her conquer her demons and return her life to normal. But is Henrietta going insane, or is someone trying to drive her mad? Is she merely an alcoholic, or is someone trying to poison her? No one but Hitchcock could handle these questions with such surefire tension, and the performances by the entire cast are excellent. A rich account of emotional self-sacrifice, Under Capricorn is that rare film which captures the humanity of its characters while keeping the audience on the edge of their seats. Beautifully shot by Jack Cardiff (Black Narcissus).

The Woman in the Window:  Blu-Ray or DVD available. Newly Mastered in HD! Richard Wanley (Edward G. Robinson, The Stranger) is no criminal… at least, he wasn’t until he met “the woman in the window.” With his wife and kids out of town, the chaste professor engages in an innocent flirtation with a chance acquaintance (Joan Bennett, Scarlet Street) and inadvertently commits a shocking and unspeakable crime. But that’s just the beginning of his problems, for as the cunning D.A. (Raymond Massey, The Hurricane) – one of Wanley’s dearest friends – gets closer and closer to identifying the killer, Wanley finds he’s more and more willing to resort to desperate measures to avoid being caught. Masterfully directed by the legendary Fritz Lang (Metropolis, Spies), The Woman in the Window is a suspense-laden, gripping thriller with the logic and plausibility of a nightmare. Co-starring Dan Duryea (Storm Fear).

The Adventures of Tom Sawyer:  Blu-Ray or DVD available. This special edition includes both the original 91-minute cut and the 77-minute reissue! In this glorious adaptation of the Mark Twain classic, young Tom Sawyer (Tommy Kelly) is a big troublemaker. When he’s not tricking others into doing his work, he’s upsetting his aunt Polly (May Robson), or wooing his young love, Becky (Ann Gillis). But sometimes Tom’s mischief gets him in over his head, and when he and his pal, Huckleberry Finn (Jackie Moran), witness a murder, they take a vow of silence and head down the river on a raft. The whole town believes they’re dead, so when the boys return they’re in a world of trouble. Norman Taurog (Don’t Give Up the Ship) directed this David O. Selznick (Duel in the Sun) production featuring Walter Brennan (Dakota), Victor Jory (Canadian Pacific) and Margaret Hamilton (Driftwood). 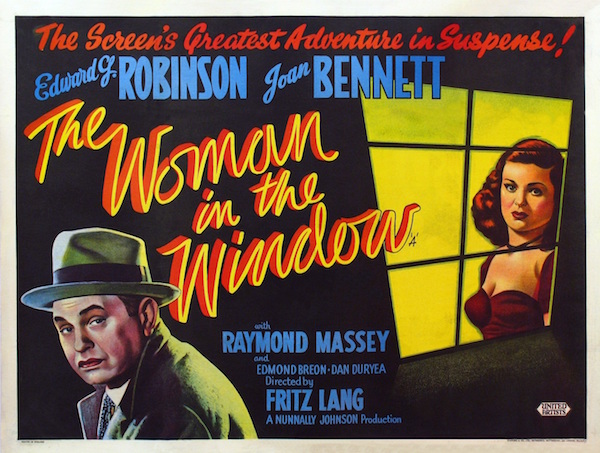 ENTRY TASK (2-parts) to be completed by Saturday, Aug 4 at 10PM EST— BUT remember, the sooner you enter, the more chances you have to win…

THE QUESTION:
Which of the above films would you like to win and why?

This entry was posted in Contests & Giveaways, Posts by Annmarie Gatti and tagged hitchcock under capricorn, Kino Lorber, the adventures of tom sawyer, the big country, the woman in the window. Bookmark the permalink.