For the third consecutive year, Fathom Events and TCM present TCM Big Screen Classics — a year-long series of 13 unforgettable movie classics shown on the Big Screen, each accompanied by insightful, specially-produced commentary from favorite TCM hosts (including Ben and Tiffany). But that’s not all — CMH is now thrilled to say that — also — for the third consecutive year — CMH will be partnering with Fathom Events for our monthly classic movie ticket giveaways. 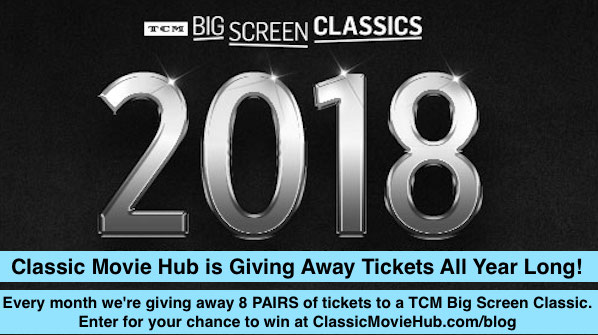 That said, Classic Movie Hub will be giving away EIGHT PAIRS of tickets to each of the 13 TCM Big Screen Classics playing throughout 2018. And, just like last year, it will be simple to enter… All you have to do is check back on this Blog every month OR follow us on Twitter at @ClassicMovieHub or on Facebook for our monthly contest announcements. Then complete that month’s entry task, and you will be entered into a random drawing to win a pair of tickets to that month’s movie event! That’s it! And there is no limit to how many contests you enter (and win) during the year — so feel free to enter all 13 of them…

We will kick off our first contest via a blog announcement for “The Treasure of the Sierra Madre” on Thursday, December 14th…

And — if you can’t wait to win tickets, you can purchase them online by visiting FathomEvents.com, or at participating theater box offices.

So, now, as they say, let’s get the show on the road — with a list of the movie events.

JANUARY: The Treasure of the Sierra Madre 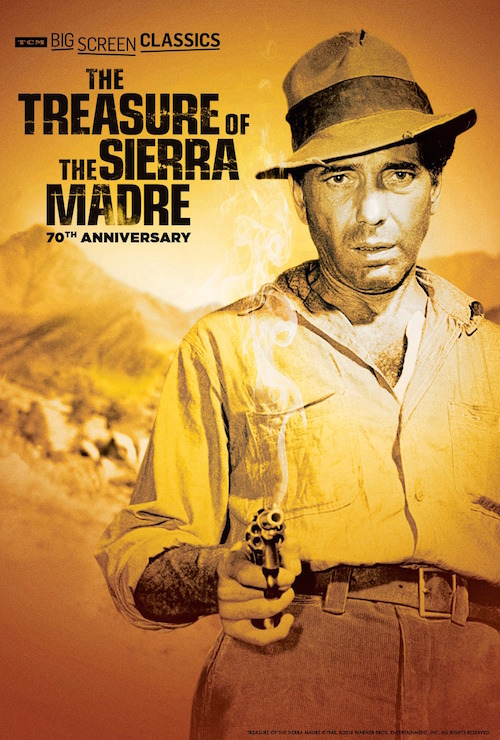 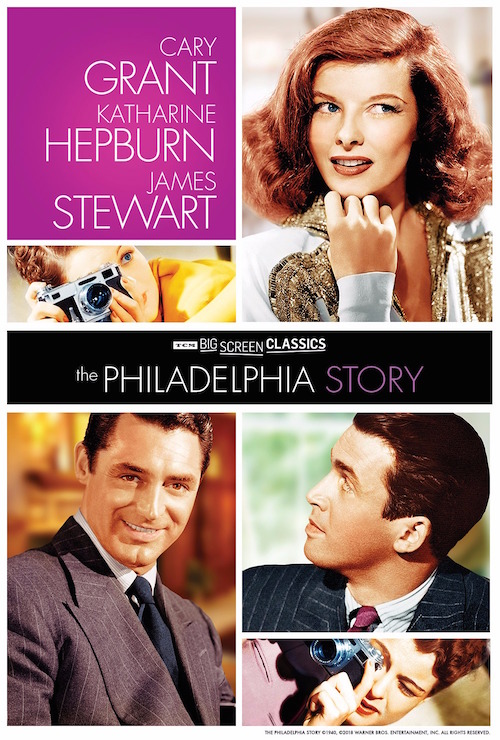 In one of her most famous roles, Katharine Hepburn plays Tracy Lord, the daughter of a well-to-do Pennsylvania family in The Philadelphia Story. The young socialite is about to embark on a second marriage and the lucky groom is George Kittredge (John Howard), a comparatively staid but extremely wealthy gentleman. Her first husband was C.K. Dexter Haven (Cary Grant), who is certainly more colorful than Kittredge, if slightly less responsible. When Dexter makes an unexpected appearance at the Lords’ home on the eve of Tracy’s wedding, it is not so much to wish her well as to shield her from the prying eyes of an overly ambitious reporter (James Stewart) assigned to cover the nuptials. 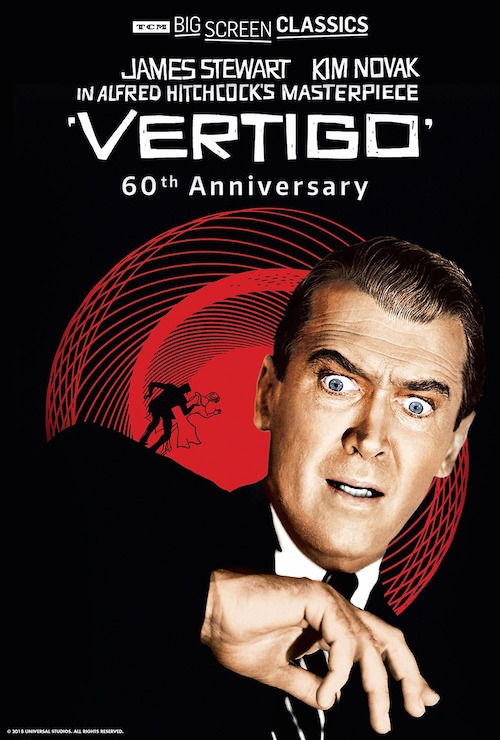 Dreamy, suspenseful and hypnotic – not to mention enormously influential – Alfred Hitchcock‘s San Francisco-set thriller is a unique blend of ghost story, mystery and romance. James Stewart stars as John “Scottie” Ferguson, a detective with a crippling fear of heights who is hired to trail, but falls in love with, the mysterious Madeleine Elster (Kim Novak). When he witnesses Madeleine fall to her death, Scottie is despondent … until his paths cross with Judy Barton, a woman who seems eerily familiar. With a haunting score by Bernard Herrmann, Vertigo is a cinematic milestone that has lost none of its ability to captivate audiences, even as it celebrates its 60th anniversary. 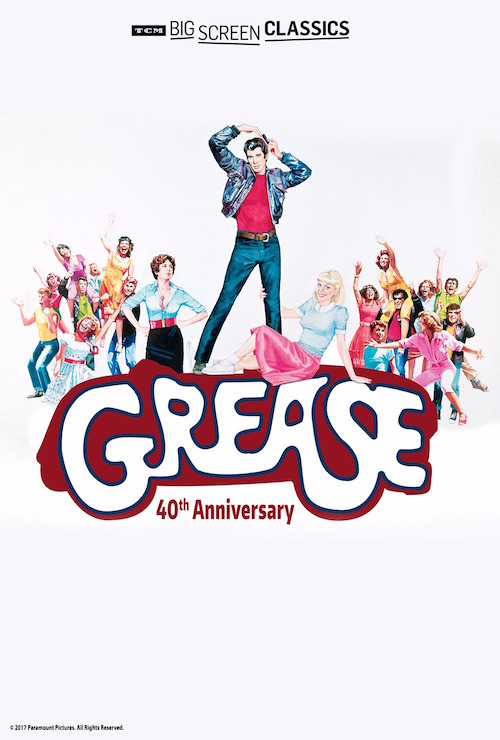 Forty years later, Grease is still the word! John Travolta and Olivia Newton-John star in the beloved classic featuring an explosion of song and dance that made an indelible impact on popular culture. Boasting a world-famous soundtrack including “Greased Lightnin’,” “Look At Me, I’m Sandra Dee,” “Summer Nights,” “Hopelessly Devoted To You,” and “Beauty School Drop Out,” the film remains an iconic, feel-good celebration that’s perfect to watch with friends or for an unforgettable date night.

“Bialystock and Bloom! Bialystock and Bloom!” Writer-director Mel Brooks delivered one of the most uproarious comedies ever made with The Producers – one that almost didn’t see the light of day as the original distributor felt it was “in bad taste.” Fifty years later, The Producers not only proved to be an Oscar® winner (Best Original Screenplay) but cemented the status of Gene Wilder (Oscar® nominated for his role) as a comedy legend and inspired one of the most popular musicals in Broadway history. Newly restored by Studiocanal for its 50th Anniversary, the film stars Zero Mostel, Kenneth Mars and Dick Shawn.

It’s been 30 years since Josh Baskin (played by Tom Hanks and David Moscow) first met the mechanized carnival genie Zoltar and uttered: “I wish I were big” – and his ensuing adventure turned the already-popular Hanks into a mega-star. Directed by Penny Marshall, Big became a box-office sensation as audiences fell in love with the exploits of 12-year-old Josh becoming a 30-year-old man overnight. Voted by the American Film Institute as one of the 10 best fantasies in American movie history, Big is a delight for all movie lovers – big and small. 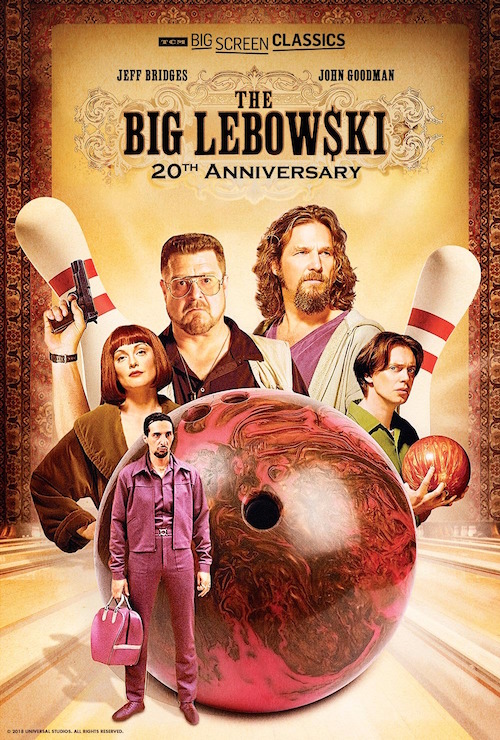 Part absurdist comedy, part noir crime drama, and utterly Coen, The Big Lebowski has continued to grow in both popularity and reputation since its first release in 1998. Loosely inspired by the writings of Raymond Chandler, The Big Lebowski is almost impossible to define — except as a modern classic. So much so, that in 2014 the Library of Congress named The Big Lebowski to the esteemed National Film Registry, citing its “tale of kidnapping, mistaken identity and bowling.” With Jeff Bridges, John Goodman, Julianne Moore, Steve Buscemi and David Huddleston, it’s a singular achievement from the singular filmmaking team of Joel and Ethan Coen. 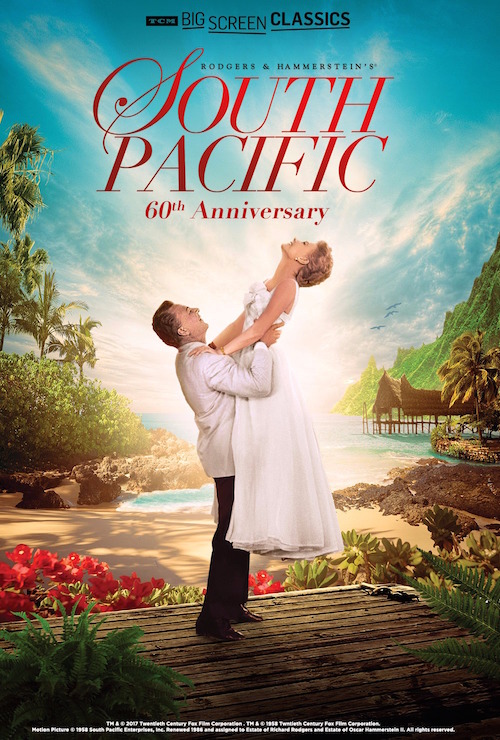 It’s some enchanted evening for movie fans as director Joshua Logan’s widescreen, color-soaked adaptation of Rodgers & Hammerstein’s classic musical makes a rare cinematic return in honor of its 60th anniversary. Filled with impossibly lush scenery – shot both in Kauai and on the island of Ibiza – and memorable performances by Mitzi Gaynor, Rossano Brazzi, Ray Walston and Juanita Hall, the Oscar®-winning South Pacific was a box-office smash upon release. Its soundtrack, which also set records, includes such unforgettable songs as “I’m Gonna Wash That Man Right Outta My Hair,” “Some Enchanted Evening” and “Bali Ha’i.”

SEPTEMBER: Rebel Without a Cause 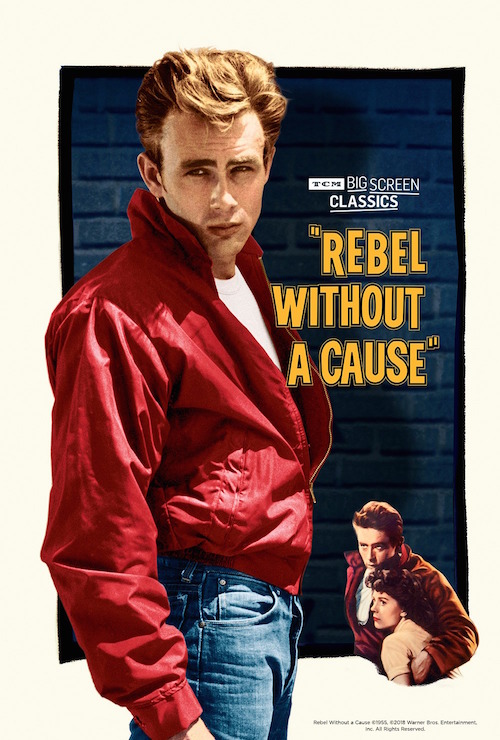 One of James Dean’s three major starring roles, Rebel Without a Cause turned an actor into a Hollywood legend when it was released less than a month after Dean’s untimely death. On its own, though, the film set off cultural shock waves as teenagers flocked to see one of the first realistic portrayals of youth Hollywood had attempted. DirectorNicholas Ray catches lightning in a bottle not just with Dean’s performance, but with perfectly cast Natalie Wood and Sal Mineo as equally troubled youths and a revelatory performance by Jim Backus as Dean’s ineffectual father. Rebel Without a Cause remains as riveting as the day it was released. 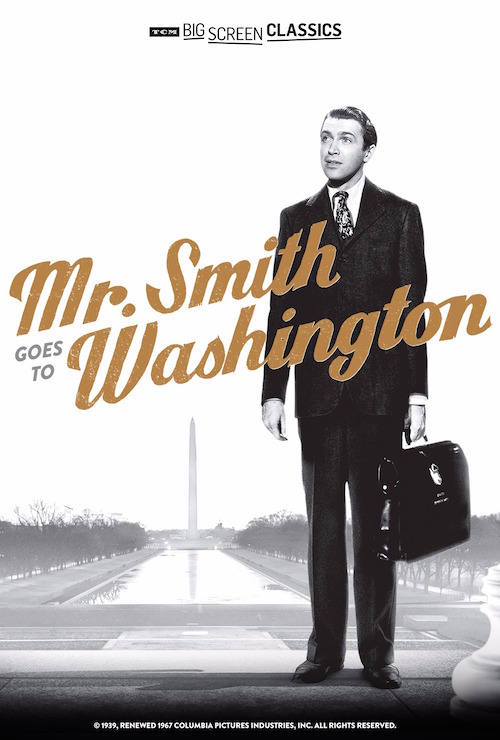 Appointed on a whim to serve a vacant seat on the U.S. Senate, Boy Rangers leader Jefferson Smith (James Stewart) moves to Washington filled with enthusiasm – which quickly turns to disbelief bordering on cynicism when he sees how the nation’s political system actually works. This classic, directed by Frank Capra, with story by Lewis R. Roster and screenplay by Sidney Buchman, was a milestone of Hollywood’s “golden year” of 1939. It quickly became a lightning rod of controversy among real politicians, and a perennial favorite among moviegoers. Whether they’ve seen it a dozen times or it’s brand-new to them, audiences rally behind Jeff Smith, proving that the power of an individual to change the way of the world is an optimistic American ideal. 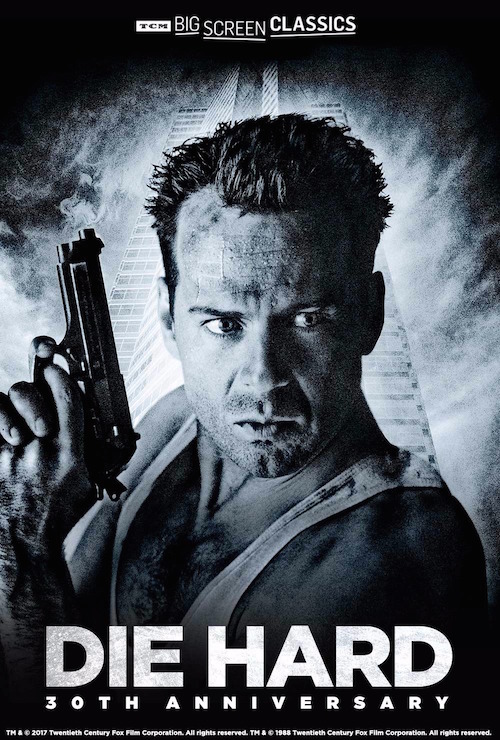 Yippee-ki-yay … John McClane is back in the iconic action-thriller. In his first major movie role, Bruce Willis is a sly, sardonic combination of action-hero and wisecracker who has to single-handedly protect L.A.’s fictional Nakatomi Plaza from a team of terrorists led by the suave Hans Gruber (Alan Rickman, also making his big-screen debut). Inside the 35-story high-rise, McClane can use little more than his wits to save the day. Under the assured direction of John McTiernan (The Hunt for Red October, Predator), Die Hardbecame a game-changing action film that remains the gold standard three decades later. 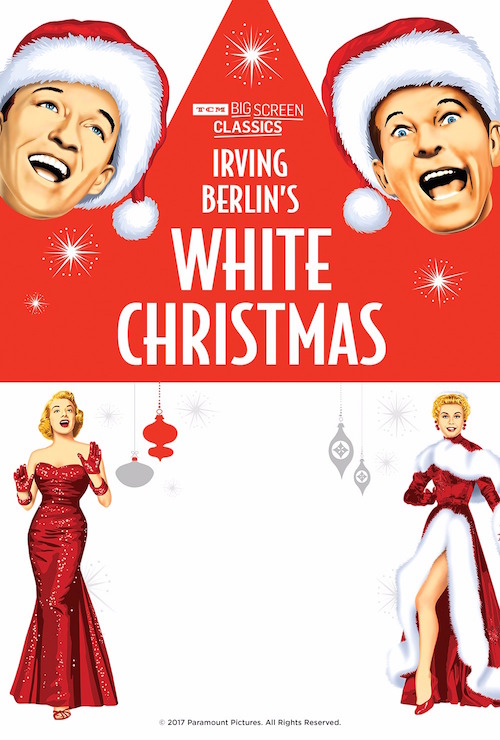 One of the best-loved, most quintessentially American of all holiday classics, White Christmas will charm longtime fans and young audiences alike with its blend of timeless music and big-hearted emotion. Bing Crosby, Danny Kaye, Rosemary Clooney and Vera-Ellen star in the delightful musical directed by Michael Curtiz (Casablanca), which features unforgettable songs by the legendary Irving Berlin. The 2018 “TCM Big Screen Classics” series wraps up by celebrating the season with a rare cinematic presentation of this holiday favorite that moviegoers of all ages can enjoy together.

Please stay tuned for contest announcements throughout the year for your chance(s) to win!

Click here to see the contest rules and more info!

This entry was posted in Contests & Giveaways, Fathom Events, Posts by Annmarie Gatti. Bookmark the permalink.