All in the Family: Larry Hagman and Mary Martin

The legendary Mary Martin, famous for originating the roles of Maria Von Trapp, Nellie Forbush and Peter Pan on Broadway, is mother of Classic TV star, Larry Hagman known for his television roles as the lovable Major Nelson and the not-so-lovable JR Ewing! 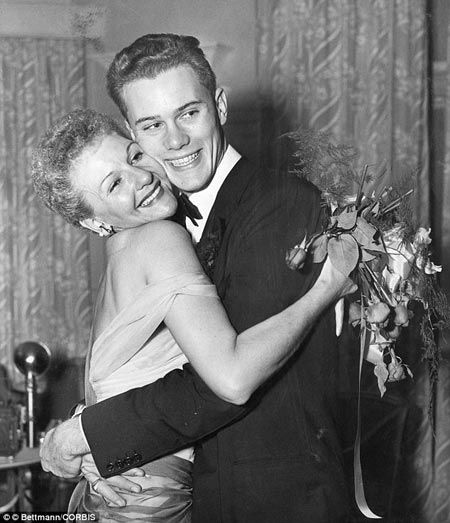 America’s favorite leading lady of musical comedy, Mary Martin originated the Broadway roles of Ensign Nellie Forbush in South Pacific (1949-1954), the title role in Peter Pan (1954-1955), and Maria von Trapp in The Sound of Music (1959-1963). Her big break came in 1938 when she auditioned for the supporting role as Dolly Winslow in the Cole Porter Broadway show Leave It To Me. At the audition, Martin announced that she was going to sing four songs, adding “If I can’t sing all four, I’d rather not sing.” A man replied mildly, ‘Carry on…’ She hadn’t realized it at the time, but that man was Cole Porter himself! Porter and his collaborators were immediately captivated, and Martin was signed. She became ‘an overnight success’ on Broadway on November 9 1938, appearing shortly thereafter on the cover of Life Magazine (December 19, 1938 issue). 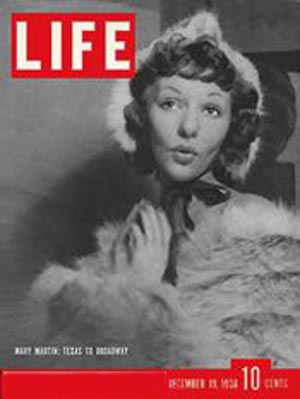 Larry Hagman did his share of off-Broadway, Broadway/London stage, and television acting before his feature film debut in 1964 as ‘Billings’ in Ensign Pulver, followed by his role as ‘Buck’ in Fail-Safe later that same year. But his big break came on television in 1965 when he was cast as Major Anthony Nelson on the hit sitcom, I Dream of Jeannie, opposite Barbara Eden. He would later find extreme television success again in 1978 playing the villainous oil baron, JR Ewing in the mega-hit (understatement) TV series, Dallas. 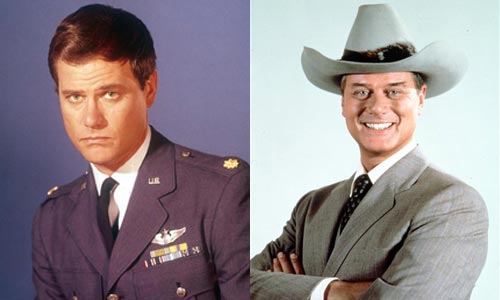 Larry Hagman as Major Nelson and as JR Ewing 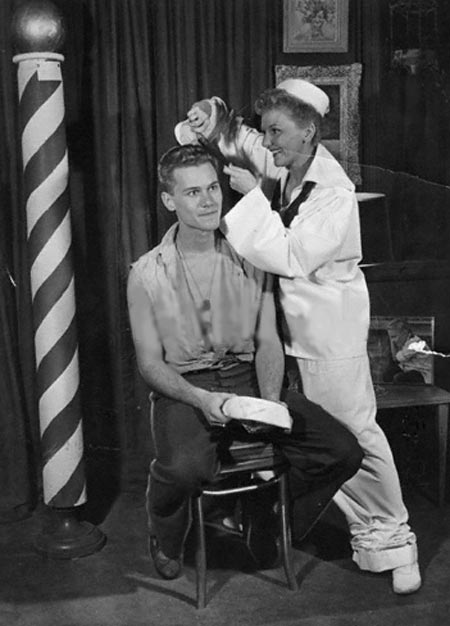 Larry Hagman with mother Mary Martin. Note: although I am not 100% sure, I would say that this photo was taken during the London stage production of South Pacific (1951) in which Larry appeared in the role as a ‘Seabee.’ 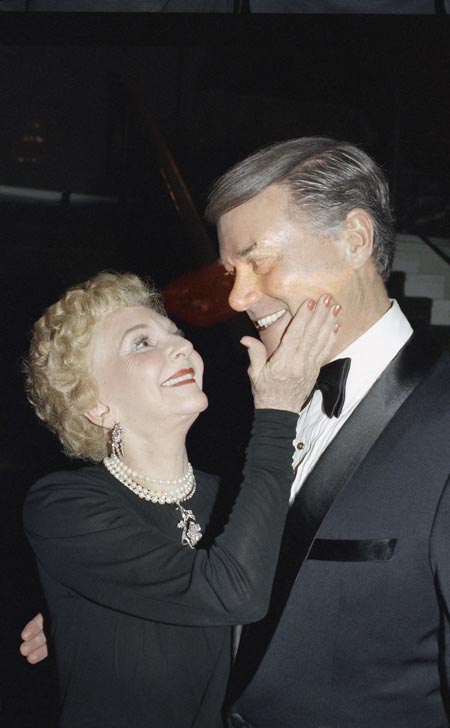 Yes, even JR loves his mother! 🙂

This entry was posted in All in the Family (Family Connections), Posts by Annmarie Gatti and tagged larry hagman star of i dream of jeannie and dallas, mary martin broadway star of the sound of music, mother and son Mary Martin and Larry Hagman, south pacific and peter pan. Bookmark the permalink.

One Response to All in the Family: Larry Hagman and Mary Martin