On Blu-ray: Vivien Leigh and Robert Taylor in Waterloo Bridge (1940)


Vivien Leigh made so few films that every opportunity to see her is a great pleasure. She achieved one of her best screen performances in Waterloo Bridge (1940). I recently watched the World War I-set romantic tragedy on a new Blu-ray release from Warner Archive. Adapted from a Robert E read more

Classic Movie Hub Blog Posted by Danny Miller on May 22, 2020


During this isolated time of quarantine, I’ve been catching up on some of my favorite conversations with the classic movie artists that I love. One of the greatest conversations I’ve ever seen among show biz folk occurred in 1958 on Small World, a TV show created by award-winning radio and TV broadc read more


Welcome to Day #19 of MARCH MADNESS! Every day in March, ALL GOOD THINGS will highlight a Classic film Super-star, you know, the type renowned for really, really B.A.D. to sweetest-dearest-most darling! DAY #18 results: FRED MacMURRAY seems to be equally loved whether playing tender or tough and read more 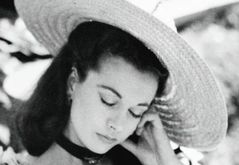 The Wonderful World of Cinema Posted by Virginie Pronovost on Nov 5, 2016


Today, on November 5th, the fascinating and tragic Vivien Leigh would have turned 103. Unfortunately, this lady who had the beauty of a goddess left us too soon at the age of 53 in 1967. But Vivien Leigh will never be forgotten had she had made her proofs as a talented actress, both in movies and o read more 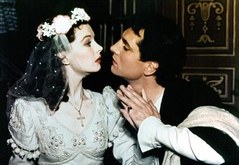 God and the Angel: Laurence Olivier and Vivien Leigh


“If we loved each other only with our bodies I suppose it would be alright. I love you with much more than that. I love you with, oh everything somehow, with a special kind of soul.” (Olivier to Leigh, c.1939) As we celebrate the 400th anniversary of Shakespeare’s death this week, it seems read more


I adore Vivien Leigh. Ever since I first saw her in Gone With the Wind as a kid, I was in awe of her. She was so quick-witted and brilliant. It was not until I got older that I learned she was British. You could not even tell she was, she mastered the accent of the South perfectly. For my contributi read more

In The Good Old Days Of Classic Hollywood Posted by Crystal Kalyana on Nov 5, 2015


Today is the 102nd Birthday of Vivien Leigh, the famed motion picture actress who is primarily remembered for her role of Scarlett O’Hara in Gone With The Wind. In commemoration of this special day, my great friend Joseph who runs the blog Wolffian Classic Movies Digest is hosting his very fi read more 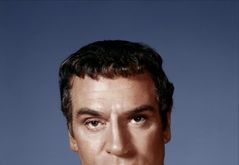 The Wonderful World of Cinema Posted by Virginie Pronovost on Nov 3, 2015


On November 5, 2015, Vivien Leigh, my 8th favourite actress would have celebrated her 102nd birthday. Even if she has left us since the very young age of 53, that’s not a reason why my friend Joey from Wolffian Classic Movies Digest wouldn’t honour her with a blogathon! Vivien Leigh is read more 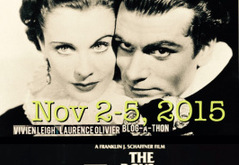 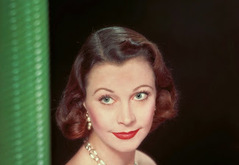 
Today's star is the beautiful Vivien Leigh. TCM is celebrating the career of Vivien Leigh with 11 movies on Aug. 18.  Here's what you need to know about the actress who originated the role of Scarlett O'Hara in Gone With the Wind (1939). FYI: TCM sometimes changes the air times and /or mov read more


Vivien Leigh is the star for today! Below, you’ll find links to those participating and honoring Leigh (updated as they come in), as well as my own reviews of her work throughout the years.   Kendra Bean Wolffian Classics Movie Digest JCF REVIEWS I review Kendra Bean’s biography read more 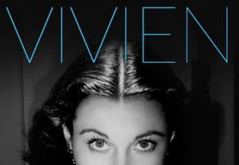 
After 75 years, her fresh portrayal as Scarlett O’Hara is one of the most memorable screen performances of all time. Last November, the “Gone with the Wind” actress celebrated her 100th birthday. And to help celebrate, film historian Kendra Bean published a biography on Vivien Lei read more 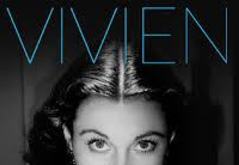 
My thoughts on Vivien Leigh: An Intimate Portrait might be compromised considering my acquaintance with author, Kendra Bean.  Kendra is a friend of several film bloggers and has given me wonderful advice for my own dreams of publishing (of which she knows quite a bit).  Thankfully, my thoughts are read more


Earlier this week, we posted a review of Kendra Bean’s wonderful new illustrated biography of Vivien Leigh, subtitled An Intimate Portrait. Today, Kendra has graciously agreed to answer a few questions for us about Vivien and the process of researching and writing the book. You state early in read more


100 Years of Vivien Leigh Vivien Leigh (November 5, 1913 - July 8, 1967) Today marks the 100th birthday of the incomparable Vivien Leigh. Star of the stage and screen, Leigh captured the imagination of people the world over when she starred in 1939's big screen epic Gone With the Wind as t read more 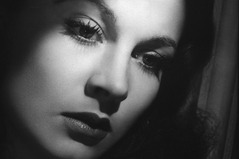 Vivien Leigh, “I am going to be a great actress.”


Vivien Leigh would have celebrated her 100th birthday this week (November 5, 1913 – July 8, 1967) and I post this tribute to commemorate both her great beauty and her brilliant talent.  One of the most admired and beloved women to ever grace the silver screen, Leigh became a legend despite hav read more


Vivien Leigh: An Intimate Portrait Kendra Bean Release Date: October 15, 2013 Running Press Hardcover, 272 pages Tomorrow, November 5th, marks the one hundredth anniversary of Vivien Leigh’s birth. And though she appeared in less than two dozen films during her career, she remains one of the m read more 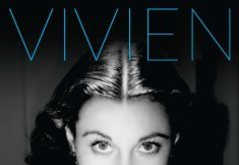 
When Vivien Leigh portrayed Scarlett O’Hara in Gone With the Wind, she instantly earned a permanent place in the pop culture lexicon.  Although the public will always best remember her as Scarlett, Vivien did not let Scarlett define her life.  She had little interest in becoming a conventional read more

An Interview with Kendra Bean, Author of VIVIEN LEIGH: AN INTIMATE PORTRAIT


By Lara Gabrielle Fowler Mysterious, ethereal, and tremendously charming, Vivien Leigh is about as captivating as it comes. It is easy to simply marvel at her beauty, the likes of which the entertainment industry had never seen before and, in my opinion, has never seen since. Her stunning looks wo read more