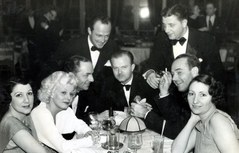 THE HAPPIEST MARRIAGE IN HOLLYWOOD: The Story of William Haines and Jimmy Shields


William Haines and Jimmy Shields with Jean Harlow, William Powell, and friends. In 1933, a young and successful actor lost his job in Hollywood. His name had been featured in many wildly popular hits in the 1920s, and his appeal was so great that he had been one of the lucky ones to make the transi read more 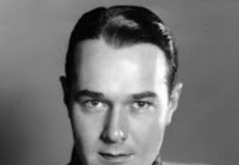 "The Girl Said No," and So Did William Haines


William Haines (1900-73) was one of those movie stars who easily made the transition from silent to sound films. In the late 1920s he was one of MGM's biggest stars -- handsome, athletic and relaxed on screen, with an appealing goofball side. But he was also gay, and that's why William Haines stopp read more