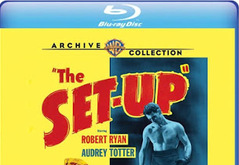 On Blu-ray: Robert Ryan and Audrey Totter in the Boxing Noir The Set-Up (1949)


The rough-edged boxing noir The Set-up (1949) is notable for starring two of the best movie villains, Robert Ryan and Audrey Totter, as a loving married couple. It’s nice to see them be the good guys for once in a film where the rest of the world feels rotten to the core. I recently watched th read more 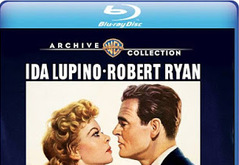 
The romantic noir thriller On Dangerous Ground (1952) transcends an uninspired story thanks to the special talents of its cast and crew. Directed by Nicholas Ray, starring Robert Ryan and Ida Lupino and scored by Bernard Herrmann, the economical production makes a surprising emotional connection. No read more 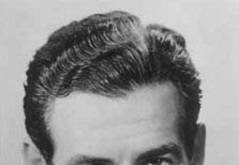 Star of the Month: Robert Ryan

Old Hollywood Films Posted by Amanda Garrett on May 6, 2016


TCM's May star of the month is the rugged Robert Ryan. TCM is honoring Robert Ryan with 39 movie airing each Friday in May.  Here's what you need to know about one of old Hollywood's most reliable leading men. FYI: TCM sometimes changes the air times and /or movies, so you can go to ww read more 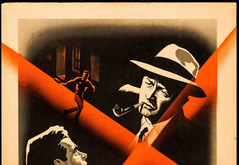 
Here’s a 30 poster set of film noir posters featuring the one and only Robert Ryan. Enjoy! Things have been really slow around here lately as I’ve been dedicating my time to my upcoming book — thanks for sticking around. I should be able to make an announcement about the book with read more 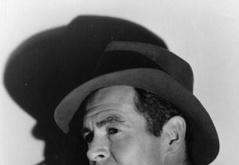 Shadows and Satin Posted by shadowsandsatin on Nov 8, 2013


One of the icons of the film noir era, Ryan had a take-no prisoners approach and an aura of barely suppressed ferocity.  Although he displayed his talent and versatility in a wide variety of roles during his 40-year career, it is the cold-hearted hoods, psychotic spouses, and iniquitous gangsters fo read more 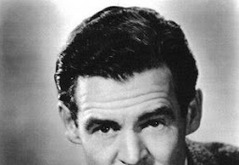 
Ryan wanted a career in show business as a playwright, but had to turn to acting to support himself. He studied acting in Hollywood and performed on stage and in small film parts during the early 1940s. In January 1944, after winning a contract with RKO Radio Pictures, Ryan enlisted in the Unite read more 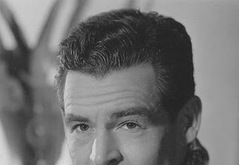 
Robert Ryan, studied acting in Hollywood and performed in small film parts during the early 1940s. In January 1944, after making a contract with RKO Radio Pictures, Ryan enlisted in the United States Marine Corps and served as a drill instructor at Camp Pendleton, in San Diego, California. At Camp read more 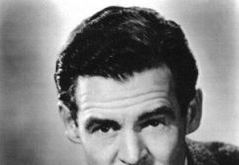 
Robert Ryan, movie tough guy extraordinaire, is the focus of today’s Summer Under the Stars lineup over on TCM. Though best known for roles in such classic Westerns as The Professionals (1966) and The Wild Bunch (1969), and war films such as The Dirty Dozen (1967), Ryan played a wide variety o read more