Mitzi Gaynor is on Twitter! Movie and stage legend Mitzi Gaynor joined Twitter this August! The star of the classic movie musicals, There’s No Business Like Show Business (1954), Les Girls (1957), The Joker Is Wild (1957), and probably her most famous role, Esign Nellie Forbush, USN, in S read more

Cinematically Insane Posted by Will McKinley on Aug 29, 2016


Since its launch in February of 2014, getTV has been home to some of the most innovative classic-themed content available on television today. And that trend continues tonight with two rarely seen 1960s variety shows and a brand new special featuring Barbra Streisand in performance. First up at 8 p. read more

Cinematically Insane Posted by Will McKinley on May 13, 2014


“I’m having such a good time!” Mitzi Gaynor said to host Robert Osborne last night before Turner Classic Movies’ broadcast of LES GIRLS, the 1957 MGM musical in which she co-stars with Gene Kelly. “That’s why I took the job, because I really wanted to dance with G read more


My photo On Thursday April 25th, 2013, I attended a special screening of South Pacific (1958) at the pool of the historial Roosevelt Hotel in Hollywood. It began right after the opening night party and I got to hang out with Jessica of Comet Over Hollywood and Kaci. There were drinks and hors d'o read more


Last night (Thursday, April 25) I saw my first film at the Turner Classic Film Festival: South Pacific. The film was shown poolside at the Roosevelt Hotel and introduced by Ben Mankiewicz with France Nuyen and Mitzi Gaynor as special guests. Nuyen told about how she got her role in the film and wa read more 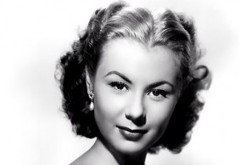 
“Dancing is still the hardest profession. Gene Kelly said dancing is a man’s game. Women have to do the same thing in heels, and have to sing and smile at the same time. Professional athletes don’t even have to do that… and they get to wear sneakers.”  ~ Mitzi Gaynor &n read more

At The Beach: MITZI GAYNOR


I know the ocean is in the background but Mitzi is too damn distracting to notice it.. read more 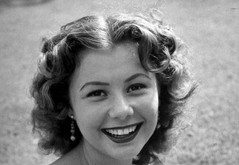