Val Lewton: His Brand of Fear

Val Lewton
His Brand of Fear

In the magical world of movie making, it’s the director that usually gets all the creative glory. Heck, there’s even a popular notion in film criticism called the auteur theory that rests on that very idea. And while, yes, the director is often the most important creative force behind a film, there are exceptions.  On Friday October 30th, Turner Classic Movies will focus on one of the most exceptional of those exceptions, film producer Val Lewton. 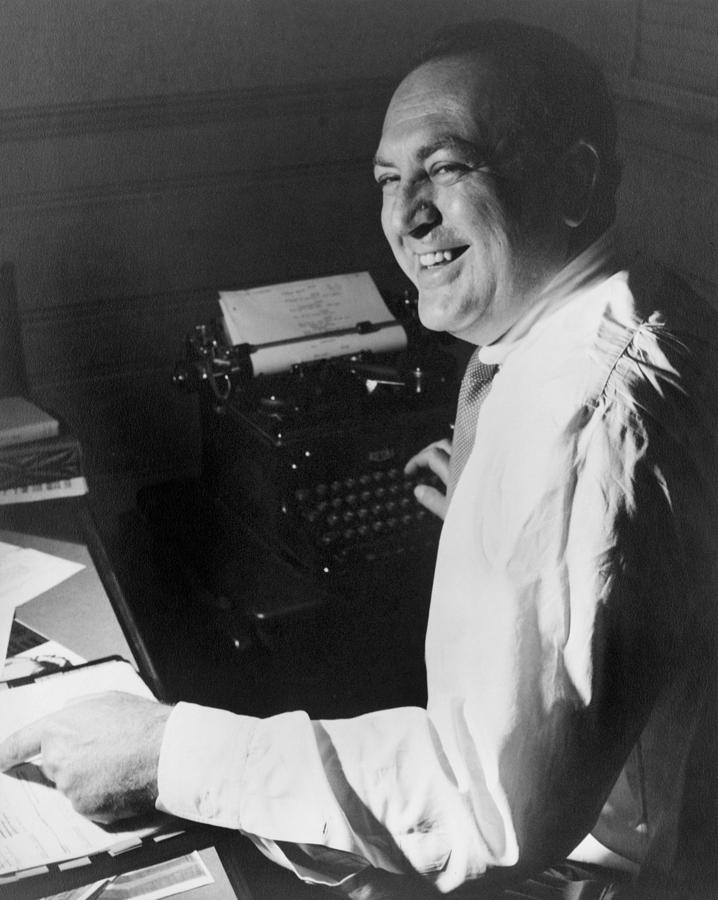 Val Lewton was born Vladimir Ivanovich Leventon in Yalta, in the former Imperial Russian, now situated in Ukraine. As a child he immigrated to the U.S with his mother and sister, spending his childhood focusing on his creative talents. Even while in the rank and file world of military school, the young Lewton would hone his imaginative story-telling skills. It was that very imagination that would get him fired from his job as a reporter for the Darien-Stamford Review, when he published a completely fabricated article detailing the death of a truckload of chickens due to the New York heat wave.

After Graduating from Columbia University with a degree in journalism, Lewton began his career as an author. Through a series of career-related events, Lewton found himself in Hollywood. In the mid-1930’s he was hired by MGM as the publicist and assistant to none other than Producer extraordinaire David O. Selznick. From Selznick, Lewton was not only able to flex his creative muscles (though often with no onscreen credit), he was also to learn the ropes of filmmaking, particularly as a producer. From Selznick he learned the importance of creative team building  – a skill that would prove invaluable in the next phase of his career.

In 1942 Lewton jumped ship from MGM to RKO and became the lead producer of RKO’s newest unit, which specialized in horror films made on a meager budget. Lewton was offered a lofty amount of creative freedom with his films under the conditions that they kept within a 150,000-dollar budget and accepted the film’s titles based on market research. That was all. After Lewton was given his first title, Cat People, his first order of business was to assemble a team of writers, directors, assistants, and technical engineers (i.e gaffers, best boys ect). And then the team began working. 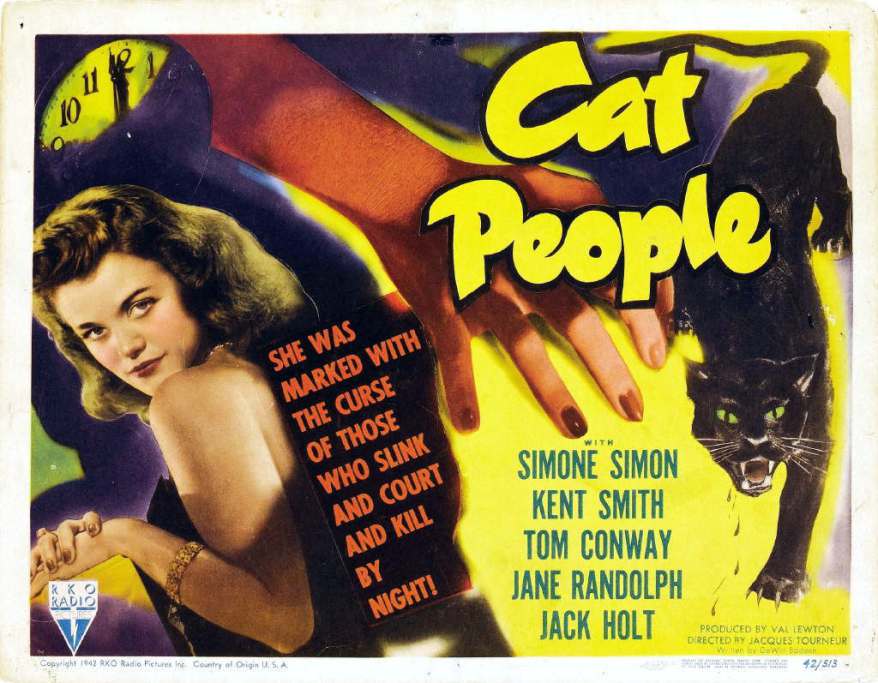 The plot of Cat People is similar to just about any lycanthropy story out there: A young girl (Irene) turns into a panther when either jealous of her husband’s coworker (Alice), or sexually aroused by her psychiatrist. Which makes sense when you consider by the 1940s Hollywood had a clear formula for horror films that dated back to the Universal Horror monsters. The Cat People did not stray far from that premise. However, Lewton’s handling of the material was anything but conventional as the very first thing Lewton’s creative team did was toss the old notions out of the horror formula window. You see, for Lewton, the ultimate horror did not exist as a fanged monster on the screen but rather, rested in dark reaches of the human mind.

Lewton’s approach to horror ditched the shock value of the unearthly creature and, in its place, latched onto the fear of the unknown. His brand of fear did not rely on showing the source of terror but instead fostering on atmosphere that best engaged the imagination of the audience. A Val Lewton horror film would rarely outright show the audience “the creature” but would merely suggest it through the use of lights, shadows, and carefully crafted sound design. Take the swimming pool scene in Cat People as an example.

In the scene Alice is swimming, seemingly alone, in a poorly lit indoor pool. However, she quickly becomes aware that she is not alone and that something is lurking just out of sight along the edges of the pool. She hears a low growling and then sees the shadow of an indistinct large shadow along the pool’s wall. The shadow moves along the wall and anxiety builds as the shadow becomes smaller and smaller until it is clearly the outline of panther. She screams as we hear the loud roar of a panther. Check out the scene below to see what I’m talking about.

So, be sure to check out Cat People when it airs on TCM at 8:00pm on Friday, October 30th. And while you’re at it, you might also want to watch the TCM original documentary Val Lewton: The Man in the Shadows right after at 9:30PM because, well, why not?