Wow, these past few months have been really good ones for Classic Movie Fans! And, it looks like it’s even getting better…  As most of us know, there’s lots happening to celebrate the 50th Anniversary of The Sound of Music’s film release — and today is no exception…

That said, I am happy to announce that “The Sound of Music (50th Anniversary Edition CD) is available in stores, today, March 10.

But that’s not all – I am even happier to say… oops, can’t say it yet… But please stay tuned right here for a fun announcement VERY SOON 🙂 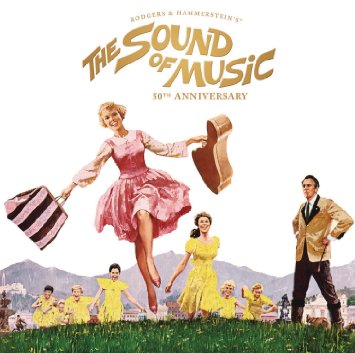 About the CD:  The Sound of Music 50th Anniversary CD features the definitive version of the film’s soundtrack, remastered and expanded to feature previously unreleased score cues and all vocal performances for the first time in one release. It also includes new introductory notes from Julie Andrews and Theodore S. Chapin, the president and executive director of Rodgers & Hammerstein; rare photos and illustrations from the film; and liner notes written by Laurence Maslon, author of The Sound Of Music Companion.

This entry was posted in Music, Posts by Annmarie Gatti and tagged The Sound of Music 50th Anniversary CD. Bookmark the permalink.