Posted on February 1, 2015 by minooallen

‘Tis the season to be jolly.  No, I am not talking about the Holidays… I’m talking about every movie lover’s favorite time of the year: Awards Season. Yes, the time of year when Hollywood’s most ambitious and artistic films are scrambling for that Oscar gold. And if you’re a classic movie fan, then you even have more to be happy about: TCM’s 31 Days of Oscar programming event. During the entire month of February (spilling a bit into March), TCM celebrates the Academy Awards by airing nothing but Oscar nominated and winning films. And, as I am sure you already deduced, this means there are A LOT of really good films airing this month – and not nearly enough time to watch them all. So, how will you ever decide what to watch? Well, since we here at CMH believe in civil service, we thought we’d do our duty by doing some of the thinking for you. In fact, we already have given it a good deal of thought, and although there were some tough choices to make, we’ve picked what we consider to be the best of the batch for each day of the event. So, without further ado, here is this week’s picks:

Monday, February 1st: And The Oscar Goes to… at 8pm EST 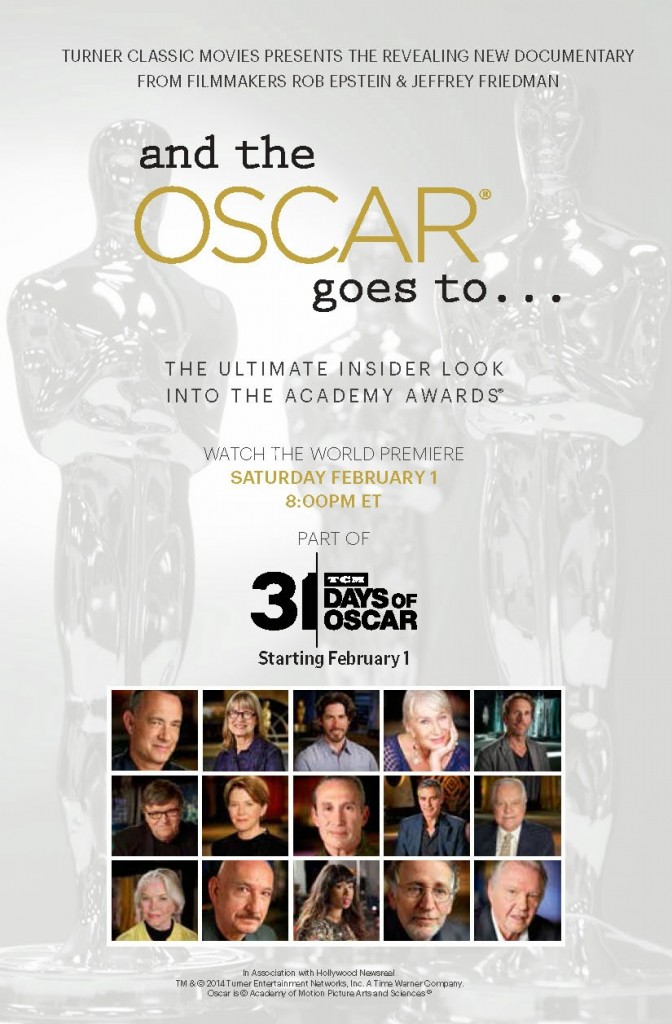 This TCM original documentary gives a insightful behind-the-scenes look at the Academy Awards and Oscar-winning films through the eyes of Hollywood insiders. Hosted by TCM’s own Robert Osborne, the film features familiar faces such as Tom Hanks, Liza Minnelli, Helen Mirren, Whoopi Goldberg and George Clooney.

This is perhaps my favorite romance centered film, well, ever. With top-notched performances by Greer Garson and Ronald Colman, the film contains some of the most subtly brutal representations of romantic longing I have ever seen in a film. Even if romance isn’t your thing, I would still suggest this film.

Yes, I’m sure you have seen this one at least a dozen times, but that doesn’t mean you can’t watch it a dozen more. What I love about this film is that, while it explores the common Hitchcock-themes of mistaken identity and ‘the wrong man’ on the run, it is surprisingly light and lacks some of the more brutal commentary seen in films like Rear Window and The Birds. Simply put, it is one Hitchcock’s more delightful films to watch.

Considered by many critics and historians to be the best of the Astaire/Rogers collaborations, Swing Time is my pick for Wednesday night. Although the plot may be a bit weak with this one, the music and dance numbers Pick Yourself Up, Waltz in Spring, and Never Gonna Dance more than make up for that fact.

If you like Robin and the Rat Pack, this movie is pure delight. Set in prohibition era Chicago, the film takes the classic Robin Hood lore and modernizes it to utilize the skills of Frank Sinatra, Dean Marin, Sammy Davis JR. and Bing Crosby.  Sure, it’s not the headiest films you’ll see, but it is a lot of fun!

If you were ever a misunderstood and confused kid, this is the film to watch. This French New Wave darling remains one of the most powerful and influential coming-of-age films even today. Also, if you are not familiar with the French New Wave movement, this will be a great introduction!

Because whether you watched it one or one-hundred times, it just never gets old. Jimmy Stewart is still adorable, Cary Grant is still a high preist, and Katharine Hepburn is still a virgin goddess…do you by any chance get the joke?