Continuing on the success of last year’s programming, Turner Classic Movies will once again host the series Trailblazing Women of Hollywood, celebrating the actresses who have made a difference. Airing every Thursday and Saturday night in October, TCM will touch upon the actresses who, not only helped change the landscape of Hollywood, but also helped change the landscape of America, politics, activism, and even the world itself.  Each day of the series offers a focus on one of these areas. And, although the entire series seems incredibly engaging, I would like to focus on the programming for October 18th, Breaking Barriers, and shine a spotlight on one star in particular: Anna May Wong. 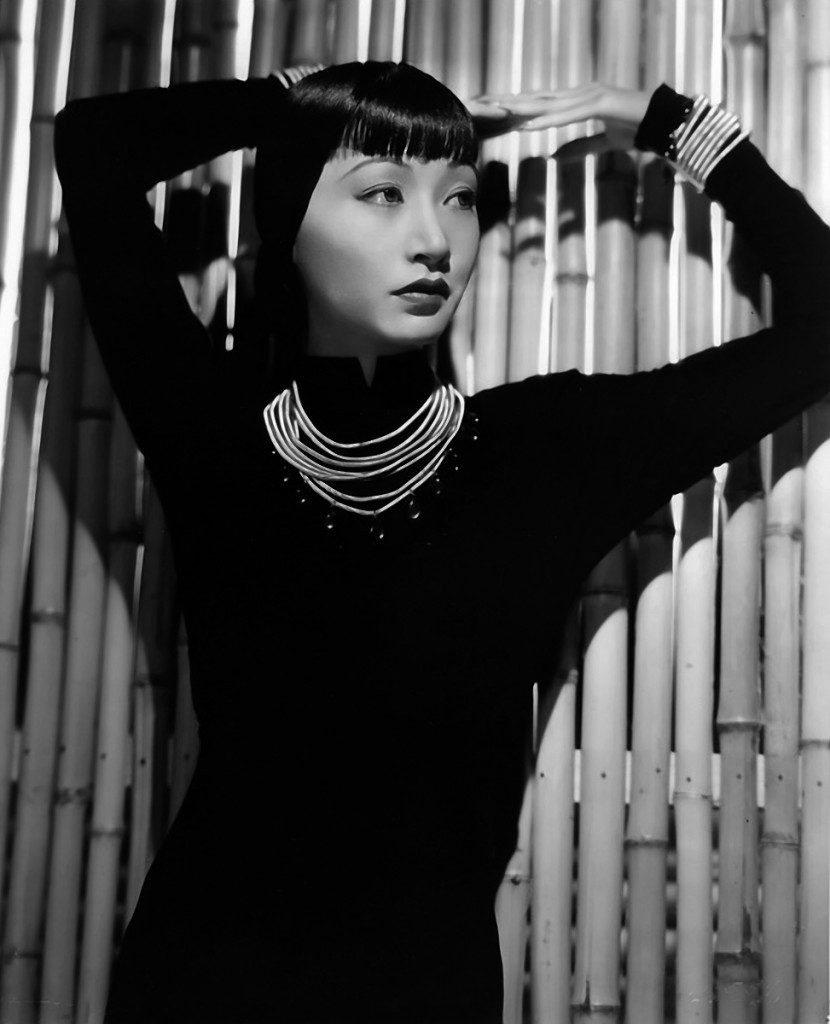 Anna May Wong lived during an interesting time in history for people of Asian origins. It was a time of both intense discrimination and intense fetishization. While poems, paintings, literature, food and other forms of recreation and entertainment from “the Orient” (aka hundreds of vastly different cultures throughout the Middle East and Asia) were welcomed by white America, a deeper, more meaningful appreciation of these cultures was not. The West craved all of the “exotic” goods and surface aesthetics that came from the East without an actual understanding of the plethora of peoples or histories that created them. An entire continent of differing civilizations was simply reduced to a concept of “the Orient” – a foreign, seemingly backwards land of mysticism, heathens, cruelty, aromatic spices, weak-willed men and devilish women.

Basically, the West wanted an easily digestible stereotype that would reinforce the notion that “they” were from different “us.” According to Edward Said’s theory of Orientalism, this dichotomy of West vs East, or “The Occident” vs “The Orient,” was used to maintain the idea that the West was a superior cultural force, especially in the Age of Imperialism. This dichotomy would also shape Wong’s career as she was constantly deemed either “too American” or “too Chinese” — without people considering that she could be both. 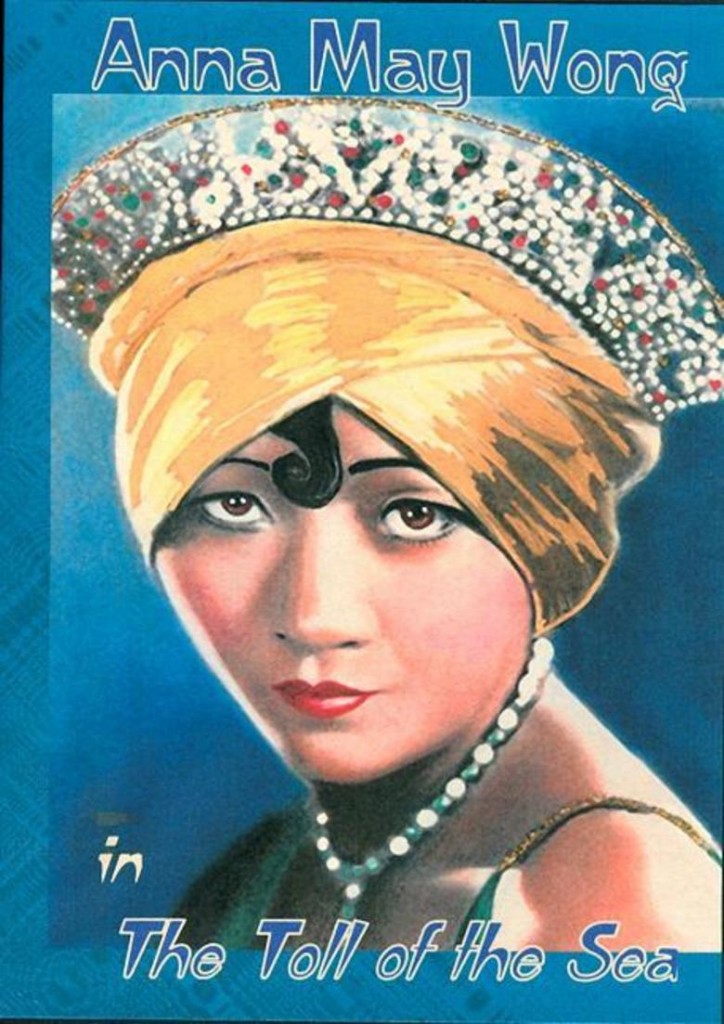 Anna May Wong in The Toll of the Sea (1922, Charles M. Franklin director)

Wong entered Hollywood as a teenager, appearing as an extra in films shot in and around Chinatown. In 1922, the 17-year old Wong was cast as the lead in the early Technicolor feature The Toll of the Sea, a non-operatic adaption of Madame Butterfly. The film made bank, and while the fact that it was the second Technicolor movie ever made had something to do with it, pretty much everyone could agree that the other reason for its success was Wong’s beautiful performance as Lotus Flower. Her portrayal of a pregnant Chinese woman abandoned by her white lover was a revelation in screen acting. While the wild and theatrical movements of the stage had shaped the trend of film acting at the time, Wong bucked the norm to create a more subtle and precise performance; one that far better suited the intimacy of the screen than distance of the stage. She quickly caught the eye of Douglas Fairbanks, who cast her as the cunning and fiendish Mongol Slave in The Thief of Baghdad (1924) . Although both The Toll of the Sea and The Thief of Baghdad where massive hits, they marked the defining feature of Wong’s career. For the rest of her Hollywood career, she would be typecast as either the meek, hopeless victim or, more frequently, the villainous dragon lady – aka the two most prominent and incredibly demeaning stereotypes of Asian women.

Time and time again, Wong was stuck playing these two-dimensional roles that had nothing to do with her talent, and everything to do with her heritage. While her white peers were given the chance to explore their characters’ depth and development, Wong played victims or villains because, apparently, Chinese women couldn’t be accepted as anything else. It didn’t matter that she grew up in America and assimilated into the culture at a young age; Wong simply could not be seen as just an America on the screen. She was the Chinese victim or a Chinese villain and that was that. It’s no wonder that her career became a point of contention with her family, who viewed her roles as demeaning and shameful to the Chinese people.

Although Wong was constantly relegated to the most basic stereotypes on the screen, she did enjoy popularity among the American public. I mean, she was beautiful, talented, and incredibly stylish. What’s not to love? Her appearances in fan magazines such as Motion Picture and Photoplay were especially important because, at the time, she was often the only non-white face to grace their pages. This was most certainly a huge step for women of color in Hollywood, although the articles still seemed to focus on what she was instead who she was. The ole’ West vs East dichotomy always seemed to be at the forefront of the stories about her, constantly trying to pin her as “more Chinese” or “more American.” Because obviously she just couldn’t be both. 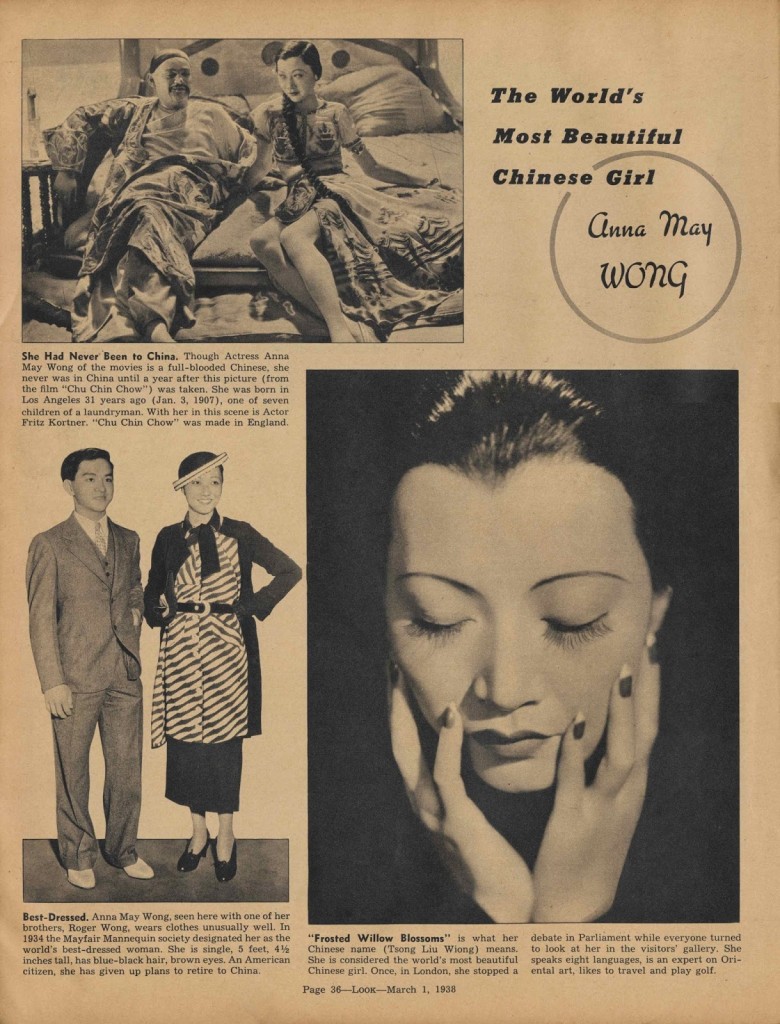 So, despite her talent and despite her popularity with American audiences, Wong still couldn’t get the leading roles she knew she deserved. In 1928 when she played the supporting player to Myrna Loy in The Crimson City, Wong finally decided she had enough of Hollywood and decided to try her luck in Europe.

When Wong arrived in Europe, she became a sensation. In 1928 she starred in a series of German films and quickly made friends with the film industry elite including Leni Riefenstahl and Marlene Dietrich.  Soon she began learning multiple languages and quickly adopted a European sense of the world. She became well liked among the European artistic/intellectual elite, surrounding herself with princes, playwrights and photographers. She became the toast of the town (or, ya know, continent) where she remained until 1930.

Wong was eventually lured back to American by Paramount Pictures, who promised her starring roles in major pictures. Now, although Paramount stayed true to their word and cast her as the leading actress in Daughter of the Dragon, guess what type of role she played? If you guessed villainous dragon lady, sadly, you are very correct. It didn’t take long for Wong to become more vocal about her dissatisfaction with the trite stereotypical roles being offered to Chinese-Americans and start advocating for more dynamic and challenging parts. Her pleas, however, seemed to fall upon deaf ears and Wong’s career began to fall back into its old patterns. 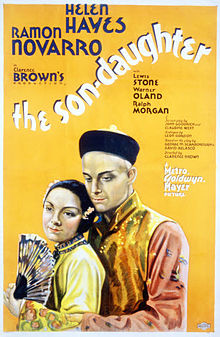 Oh, look. Two white people. If only there was a good Chinese actress they could hire…

Due to the fervent racism permeating Hollywood and anti-miscegenation rules put forth by the Hays Code, MGM refused to cast Wong in the film The Son-Daughter because she would have to share an on-screen kiss with Ramon Novarro. The studio also stated, and I’m not lying here, that Wong was “too Chinese to play Chinese.” I don’t even know what that means. So, instead of casting a “too Chinese” woman to play a Chinese character, MGM cast white-as-snow Helen Hayes, dressing her up in the finest yellow-face Hollywood could buy. After playing a small supporting role in A Study in Scarlet, the dejected Wong once again left Hollywood and toured Europe for a few years.

Wong’s final attempt in Hollywood would prove painful. Upon hearing that the novel The Good Earth was to be adapted to film, Wong began campaigning heavily for the lead role of O-Lan. The character was heroic, flawed, complex, and Chinese – a dream role for someone like Wong. Once again, she was passed over in favor of a white actress in yellow-face, and was once again offered the supporting role of a devious Chinese temptress. Wong refused the part, saying, “If you let me play O-Lan, I will be very glad. But you’re asking me – with Chinese blood – to do the only unsympathetic role in the picture featuring an all-American cast portraying Chinese characters.” Rather than face such indignity, Wong packed her bags and left for China. 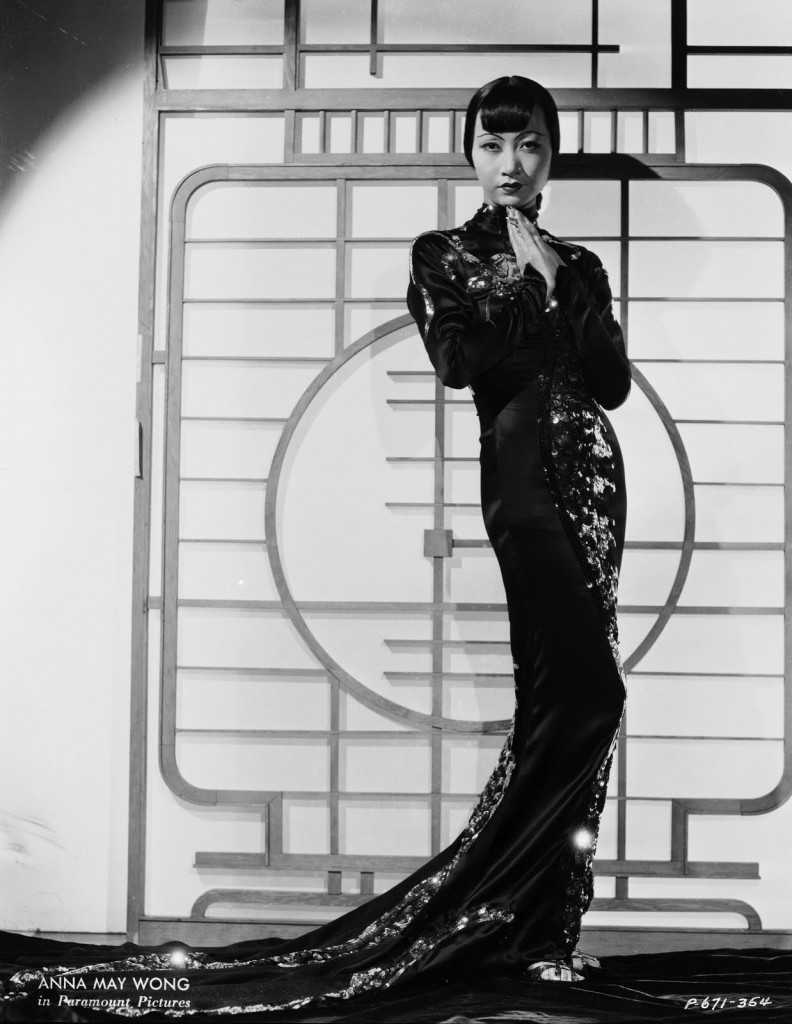 Wong began to study Chinese culture and theater, hoping to build a career in the place she was always associated with but barley visited: China. She was praised and welcomed by the most western and cosmopolitan cities of Shanghai and Beijing, but found herself unwelcome by the villages and workers of the country, who saw her as “too American.” A sad turn of events, considering that those in America thought her “too Chinese.” And with the rise of Chinese nationalism during WWII, Wong was soon denounced by many Chinese and Chinese-American nationalists as an embarrassment due to the demeaning roles offered to her by Hollywood. Which, might I remind you, where the only roles offered to her and roles she eventually refused because of their stereotypical nature.

I, for one, would like to raise my glass to Anna May Wong. Despite the insurmountable challenges Wong faced, she fought not only for her career but also for the careers of other marginalized Chinese-American actors stuck in the most basic and degrading stereotypical roles. She fought against the practice of yellow-face, eventually refusing to appear in films that used the technique, sometimes to the determent of her own career. So this one is for you, Anna, the great barrier breaker and an incredible trailblazing woman.