Oscar Losers – Not Even in the Buidling

Oscar Losers – Not even in the Building
The Never Nominated Club.

Angela Lansbury. Peter O’Toole. Glenn Close. Deborah Kerr. Those are the names that always pop up when the conversation steers towards The Oscars. All great actors, all with great performances who, somehow, despite almost two-dozen nominations between them, never won a competitive Oscar. And the funny thing about all of this is, in the grand scheme of Award shenanigans, those are the lucky ones. For every Lansbury and O’Toole, there are hundreds of thousands of actors whose talents are never recognized by agents, let alone the Academy. I’m not just talking about the failed actors either. Some of biggest names in classic Hollywood, and some of the most memorable performances, were simply ignored by the Academy all together. You’d be surprised at some of the names on that list – I sure was. So, it is without further ado, I present to you, the Never Nominated Club, or as I like to call it: The NNC.

Myrna Loy with Teresa Wright in The Best Years of Our Lives (1947, director William Wyler)

Out of all the people on the NNC, Loy is probably the best known for achieving this not-so-illustrious feat. While others on this list may come as a surprise, pretty much all of classic movie fandom knows that Loy was never nominated. To me, Loy always seemed more of a star than an actress. She had a perfectly crafted screen image as the perfectly perfect wife and was genius at adapting that image to the fit the tone of the film she was working on. However, the fact that she didn’t get nominated for The Best Years of Our Lives is still a travesty. Perhaps if she wasn’t such an established star in the realm of Hollywood, she could have been nominated for Best Supporting Actress but we’ll never know.

Robbed nomination: Milly Stephenson in The Best Years of Our Lives.

An absolute giant of the 20th century stage and one of the biggest stars of the silent screen, John Barrymore is perhaps still the most well regarded member of the famous Barrymore family. His wit is the substance of legends and his endless talent never ceased to amaze his audiences. Yet, somehow, this most talented of the Barrymore clan was never nominated for an Oscar. Some say it was because of drinking, others say it was simply a case of bad luck but whatever the reason, clearly the Academy done messed up.

Best known for his fatherly roles in early television series like My Three Sons, MacMurray was too often stereotyped as the upstanding father figure in films like The Shaggy Dog and The Absent-minded Professor. Sure, he played those roles flawlessly, but such roles completely ignored MacMurray’s ability to show the latent dark side hidden in the “everyman,” the hidden part of the soul that is often ignored as they focus on the everyday grind of work, home, and family. Perhaps if MacMurray wasn’t typecast as the perfect father, he might have had more of chance to show audiences this dark side and in the process get himself a nomination.

Joseph Cotten in Shadow of a Doubt (1943, director Alfred Hitchcock)

It’s hard to believe that the man who co-starred in Citizen Kane, The Magnificent Ambersons, The Third Man and Gaslight was never once nominated for an Academy Award. It’s even harder to believe that he wasn’t nominated for his incredibly chilling performance as Uncle Charlie in Alfred Hitchcock’s Shadow of a Doubt. The film is all about peeling back layers of polite, suburban society to find the forgotten but ever present evils that inhabit us all, and Uncle Charlie acted as our guide through the film. Cotten’s performance hit every beat perfectly; creating a metamorphic performance that usually requires five layers of make up to create.

Robbed nomination: Uncle Charlie in Shadow of a Doubt 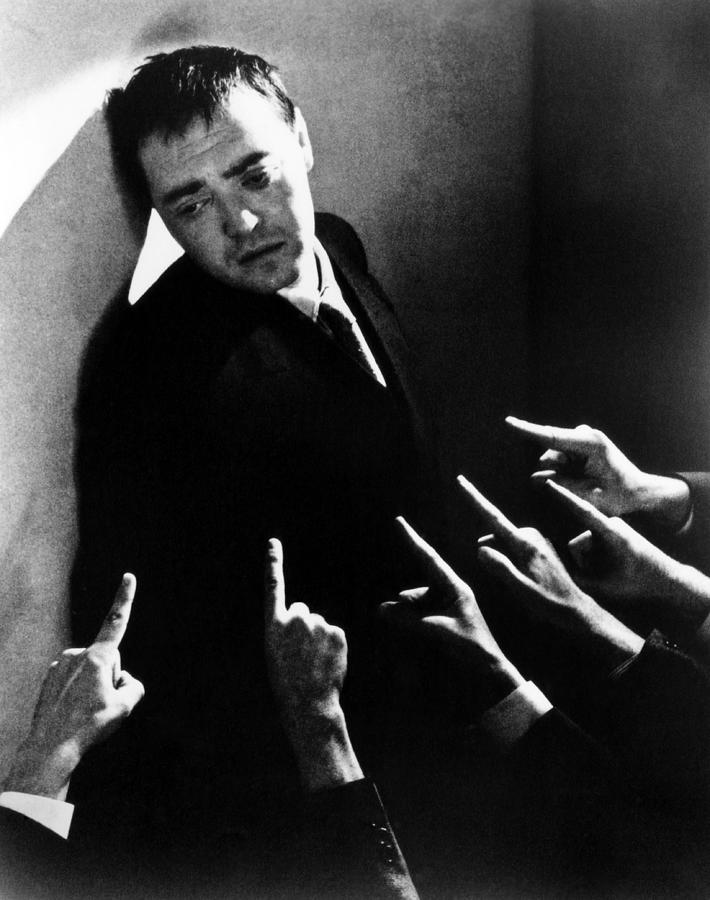 Lorre is one of those character actors you just KNOW must have been nominated. He has popped up in so many films, and fulfilled his roles so perfectly, that surely the Academy gave the man his due. Well, if you’re like me and you thought that – you were wrong. How could this be? I mean, have you seen M? His speech at the end of his “trial” was enough to get a nomination and, in my humble opinion, a win. If the film had been made in Hollywood instead of Germany, I’m positive he would have at least been nominated for the Best Actor award. And instead, he was never even nominated.

In Little Caesar as the infamous criminal Rico, Robinson helped usher in a new genre of film and create the anti-hero prototype that remains popular today: the gangster film and the gangster. As Barton Keyes in Double Indemnity, Robinson was able to materialize consciousness into a bodily form like no other before him, effortlessly playing off fellow NNC member Fred MacMurray. And in Scarlet Street, his turn as the depressed middle aged retail worker/amateur artist who falls for the wrong girl, creates one of the most pitiable characters the silver screen has ever produced. All marvelous performances and yet, somehow this giant of the silver screen was never nominated. Pity.

To be honest, I wouldn’t exactly call Errol Flynn one of the greatest actors Hollywood ever produced. An amazing star with enough screen presence and charisma to fill the Grand Canyon? Yes, very much so. He floated so effortlessly on the silver screen that it was almost like he was born there. But as an actor he was, well, rather limited. However, I must say I am bit surprised that he was never nominated because most actors that reach Flynn’s caliber of stardom are often nominated, even if just for political reasons. Even when he combined his magnetic screen presence with a role that actually required him to utilize his acting chops, he was simply ignored by the academy.

Perhaps the most iconic actress of any time period, Monroe wanted nothing more than to be taken seriously. Unfortunately for the blonde beauty, her status as Hollywood Sex Symbol often came in conflict with that dream. Although Monroe became a trained method actress, married the great playwright Arthur Miller and loved Dostoevsky, the public simply couldn’t accept that one could be both ungodly beautiful and intelligent. Perhaps if Monroe would have been little less beautiful, she could have gotten her wish.