You bet your rain-swept streets it is. 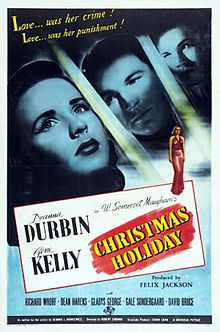 Released in 1944 and directed by Robert Siodmak, Christmas Holiday is fairly overflowing with unexpected events and a twisty-turny plot from start to finish. It opens during the war at Christmastime, where we see a soldier, Lt. Charlie Mason (Dean Marens) about to take advantage of his leave by jetting off to San Francisco to marry his lady love, Mona. Unfortunately for him, he gets a telegram from Mona before his departure, informing him that she’s said “I do” to someone else. Turning down a pal’s sympathy-inspired offer to accompany him to New York, Charlie insists on going to San Francisco: “She’s not going to get away with this,” he growls. But his flight encounters inclement weather and is forced to land in New Orleans, where Charlie is put up in a hotel. There, he meets newspaper reporter Simon Fenimore (Richard Whorf), who takes him to a local nightclub, where he’s introduced to singer Jackie Lamont (Deanna Durbin). 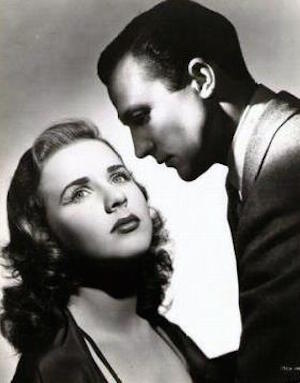 And then the noir begins. Here’s how: 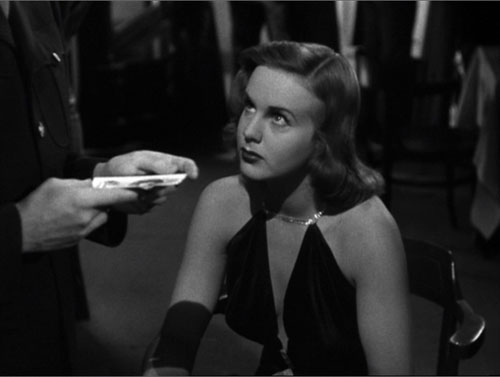 After Abigail finishes telling her story to the lieutenant, the film takes yet another unexpected noirish turn that I’ll let you discover for yourself. Suffice it to say that it further supports the contention that Christmas Holiday. Is. Noir.

If you’ve never seen this underrated film, treat yourself during this wintry season and snuggle up with Gene, Deanna, and Christmas Holiday. It’s the gift that keeps on giving!