The woman at the book signing sounded more dismayed than angry. Why, she asked, hadn’t I devoted a single sentence of Andy & Don

Ernest T. was the Tasmanian devil of Mayberry. Though he appeared in only five episodes of The Andy Griffith Show, Ernest T. rampaged through town with such memorable abandon that he left a deep impression on many viewers, particularly those of Opie’s generation. Billy Crystal, for one, was said to have been deeply moved by Ernest T. and his rock-hurling, scenery-shredding mayhem. 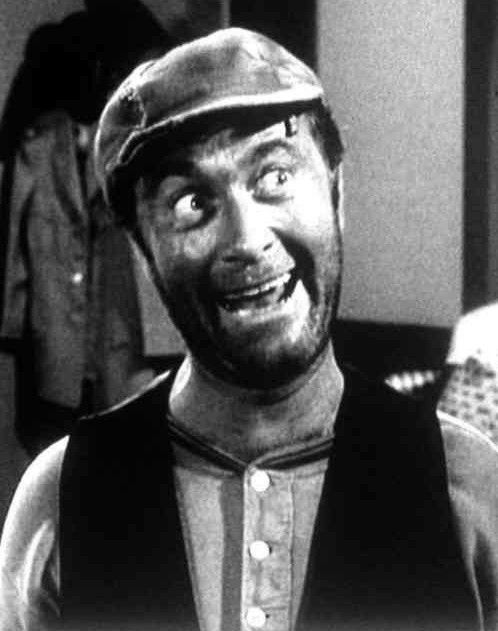 In Andy & Don, I tried to write a comprehensive account of the historic friendship between Andy Griffith and Don Knotts. Sadly, I could not be nearly so exhaustive in recounting the proud history of The Andy Griffith Show. So many talented actors, writers, directors and producers passed through Mayberry, and I simply could not fit all of them into my book. Ernest T. appears only briefly in Andy and Don, in an appendix.

Here, then, is a brief homage to Ernest T. and to my favorite of his Griffith episodes, “Mountain Wedding.”

Ernest T. Bass was Howard Morris, a Jewish comedian from the Bronx who had risen to fame as a regular on Sid Caesar’s legendary Your Show of Shows in the 1950s. Howard had worked with Aaron Ruben. Years later, as producer of the Griffith Show, Aaron approached Howard one day with the faintest sketch of a character, “kind of a big bumpkin,” as Aaron recalled later. The character was cast into the script of the season-three episode “Mountain Wedding.”

Howard crafted Ernest T. Bass into a force of chaos — a truly sinister hillbilly unleashed among Mayberry’s kinder, gentler hillbillies. Ernest T. was “the only truly broad, exaggerated character we had” in a company that always chose characters over caricatures, Aaron recalled in the 1990 television special Thirty Years of Andy.

: “a comic sort of Mr. Hyde set loose upon the peaceful, well-ordered, civilized town” that Andy is sworn to protect. 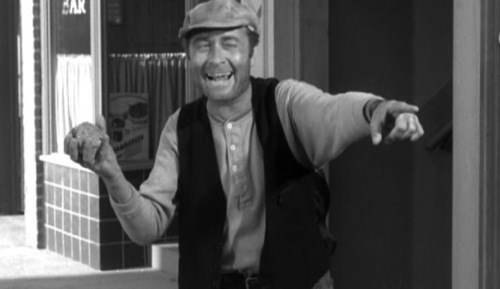 In “Mountain Wedding,” written by the legendary team of Jim Fritzell and Everett Greenbaum, Ernest T. scampers through brush, hurls rocks through windows and pops up from behind a hedge with a shotgun trained on Andy and Barney. (The rocks were ultra-light lava, the windows candy glass.) He is set on romancing Charlene Darling, a fellow rustic and sole daughter of the Darling clan, a hillbilly family assembled by the Griffith producers to exploit the musical talents of real-life bluegrass ensemble the Dillards.

Charlene Darling is already married, but Ernest T. is undeterred. He growls to the sheriff, “I oughta have a chance to sweet-talk and woo and charm her with my ways.”

Howard Morris’s performance in “Mountain Wedding” is manic, vaguely menacing and just a bit unhinged; at the close of the first act, viewers are left to wonder just what Ernest T. might do if his romantic intentions are thwarted.

“If you were to ask me,” Andy muses, “this Ernest T. Bass is a strange and weird character.”

“Just plain ornery is what he is,” replies Briscoe Darling, Charlene’s father.

Barney puts it more plainly: “I think he’s a nut!”

Ernest T. announces that he won’t honor Charlene’s vows because they were read by Andy, the justice of the peace, and not by a pastor. Andy and Barney resolve to stay the night at the Darling cabin and protect the family until a preacher can arrive and conduct a proper ceremony the next morning.

All this setup is partly an excuse for Andy to play music with the Dillards. Then, everyone goes to bed, and Andy and Barney find themselves unable to sleep for all the snoring around them. The chorus of snores was the idea of actor Denver Pyle, who played the Darling family patriarch, and it framed a memorable scene.

. “It was so unbelievably colorful that it created an ambience more like a hog killing than anything else. . . . Neither Andy nor Don could handle it. Each time we would try a take, the two of them would slide out of their chairs onto the floor, helpless. Of course, that would free us to laugh, and I remember Rodney [Dillard] laughed so hard he fell out of bed. Director Bob Sweeney was too weak from laughing to do anything but just wave his hands like flippers. . . .To the best of my memory, we shot that scene for half an hour, trying to get it right. Don and Andy would do pretty good until they looked at each other. Andy’s eyes would start to squinch up, his mouth would get grim. Don would see that and just collapse.” 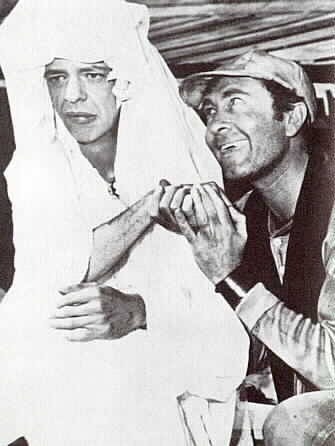 The next morning, Ernest T. marches into the wedding ceremony, shotgun in hand, and drags off the bride — who turns out to be Barney in drag.

“There was only one wedding dress,” Maggie Mancuso recalled when I interviewed her for Andy & Don. “And I had to wear it and Don had to wear it, and they didn’t have to do any alterations. He was a slim little guy.”

The ceremony is performed. Then, Barney comes crashing out of the woods, running from Ernest T., still wearing the wedding dress, fleeing unknown horrors and crying out for Andy, one of the odder scenes glimpsed on prime-time television in 1963.

Broadcast on April 29 of that year, “Mountain Wedding” was a late-season retread of well-worn Griffith themes that should have faded quickly into obscurity. But the Griffith gang elevated it into one of the finest performances of the series. I included it on my list of 20 great Griffith episodes at the close of Andy & Don.

Ernest T. emerged as a folk hero for the baseball-card set. Howard Morris worked steadily for three more decades, directing episodes of Andy Griffith, Hogan’s Heroes and The Dick Van Dyke Show, appearing in the Return to Mayberry reunion film and lending his voice to a great many animated programs; he also voiced the koala on Qantas Airlines commercials. Howard died in 2005.

Daniel de Visé is Don Knotts’ brother-in-law and author of Andy and Don, a lively and revealing biography, and the definitive work on the legacy of The Andy Griffith Show and two of America’s most enduring stars. The book features extensive unpublished interviews with those closest to both men. De Visé shares a wealth of new information about what really went on behind the scenes, including personal struggles and quarrels. Click below to purchase the book on Amazon.

This entry was posted in Posts by Daniel de Vise, TV Roles and tagged Andy and Don: The Making of a Friendship and a Classic American TV Show, Andy Griffith Show. Bookmark the permalink.