This month we celebrate the Oscars courtesy of Kino Lorber! We are happy to say that we have TEN classic DVD or Blu-Rays to giveaway on Twitter this month, winners’ choice of four titles. But please stay tuned because we’ll also be giving away TWO more DVDs/Blu-Rays via a separate Facebook/Blog giveaway this month too. That said, here we go… 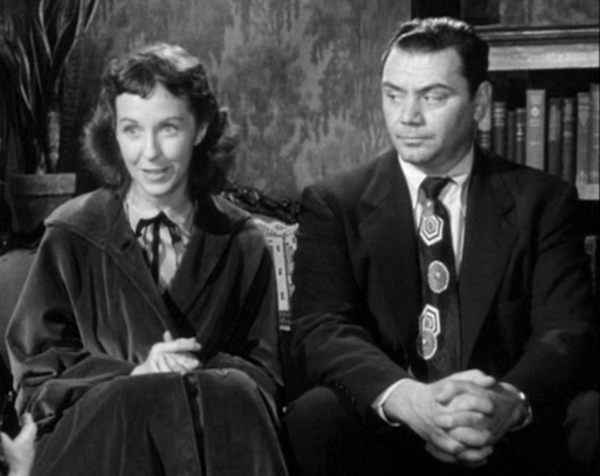 In order to qualify to win one of these prizes via this contest giveaway, you must complete the below entry task by Saturday, March 3 at 10PM EST. However, the sooner you enter, the better chance you have of winning, because we will pick two winners on five different days within the contest period, via random drawings, as listed below… So if you don’t win the first week that you enter, you will still be eligible to win during the following weeks until the contest is over.

Marty (1955): Blu-Ray or DVD available. Mastered in HD – “I’ve been looking for a girl every Saturday night of my life,” says Marty Piletti (Ernest Borgnine, The Wild Bunch). Yet, despite all his efforts, this 34- year old Bronx butcher remains as shy and uncomfortable around women today as on the day he was born. So when he meets Clara (Betsy Blair), a lonely schoolteacher who’s just as smitten with him as he is with her, Marty’s on top of the world. But not everyone around him shares Marty’s joy. And when his friends and family continually find fault with Clara, even Marty begins to question his newfound love – until he discovers, in an extraordinary way, the strength and courage to follow his heart. Winner of 4 Academy Awards including Best Picture, Director (Delbert Mann, Separate Tables), Actor (Borgnine) and Screenplay (Paddy Chayefsky, Network). Nominated for 4 Academy Awards including Supporting Actor, Supporting Actress, Cinematography, and Art Direction.

Witness for the Prosecution (1957):  Blu-Ray or DVD available. Screen legends Tyrone Power, Marlene Dietrich and Charles Laughton star in this “brilliantly made courtroom drama” (Film Daily) that left audiences reeling from its surprise twists and shocking climax. Directed by Billy Wilder, scripted by Wilder and Harry Kurnitz, and based on Agatha Christie’s hit London play, this splendid, one-of-a-kind classic “crackles with emotional electricity” (The New York Times) and continues to keep movie lovers riveted until the final, mesmerizing frame. When a wealthy widow is found murdered, her married suitor, Leonard Vole (Power), is accused of the crime. Vole’s only hope for acquittal is the testimony of his wife (Dietrich)… but his airtight alibi shatters when she reveals some shocking secrets of her own! Nominated for 6 Academy Awards® including Best Picture, Best Director, Best Actor (Laughton) and Supporting Actress (Elsa Lanchester).

A Farewell to Arms (1932):  Blu-Ray or DVD available. A ravishing adaptation of Ernest Hemingway’s legendary novel, A FAREWELL TO ARMS stars Gary Cooper (High Noon) as Lt. Frederic Henry, a young ambulance driver for the Italian army in WWI, more interested in chasing women than the enemy. When seeking cover during an air raid, he encounters Nurse Catherine Barkley (a radiant Helen Hayes), and the world shifts under his feet. They fall in love, but the war keeps wrenching them apart. These painful separations force Frederic to choose between love and battle, a decision that tests him morally and spiritually, and leads to one of the most rapturously romantic endings of all time. Directed by the great Frank Borzage, winner of Best Director Oscars for 7TH HEAVEN (1927) and BAD GIRL (1931), A FAREWELL TO ARMS was a Best Picture nominee, and one of the crowning achievements of the studio system. Also a nominee for Best Cinematography, Best Sound, Recording, and Best Art Direction.

The Ox-Bow Incident (1943):  ONLY Blu-Ray available. Brand New 4K Restoration! Gil Carter (Henry Fonda, My Darling Clementine) and Art Croft (Henry Morgan, Dragnet) ride into a town frustrated by the prevalence of cattle rustlers. Suddenly, word comes that a popular rancher has been murdered, which puts the already enraged town over the edge. When the spiteful mayor forms a posse, Gil and Croft are swept up in their mission – to seek vengeance – even upon those innocent of any wrongdoing. As it becomes clear that bloodlust may win out over rationality, the tension mounts in this masterpiece with its timeless message about the dangers of mob mentality. The great William Wellman (Yellow Sky) directed this classic western, which was nominated for a Best Picture Academy Award® and featured a stellar cast that includes Dana Andrews (Boomerang) and Anthony Quinn (Across 110th Street).

Marlene Dietrich and Charles Laughton in Witness for the Prosecution, 1957 – nominated for six Oscars including Best Picture, Best Director and Best Actor

ENTRY TASK (2-parts) to be completed by Saturday, March 3 at 10PM EST— BUT remember, the sooner you enter, the more chances you have to win…

THE QUESTION:
Which of the above films would you like to win and why?

This entry was posted in Contests & Giveaways and tagged Kino Lorber. Bookmark the permalink.