Never a trendsetter, always a follower, motion picture still photography has evolved over 100 years, aping popular processes and styles inaugurated and practiced for decades by art photographers and journalists. Technological advancements and changing tastes in popular culture also shaped the trajectory of film stills photography, helping it move beyond static imagery and “the art of fixing a shadow,” into a potent advertising tool selling mass-produced moving pictures and studio contract players through glamorous, artistic expression.

Throughout its history, technological advances and artistic evolution have transformed the nature of photography. For the first several decades after its creation in the late 1830s, daguerrotypes remained the most popular form of biographical portraiture, a static though detailed capturing of a person’s likeness. While more artistically inclined photographers sometimes introduced varied lighting and precise posing to create special moods or effects, the vast majority of photographic workers focused on general, even lighting, simple backgrounds, and straight ahead images in their work. 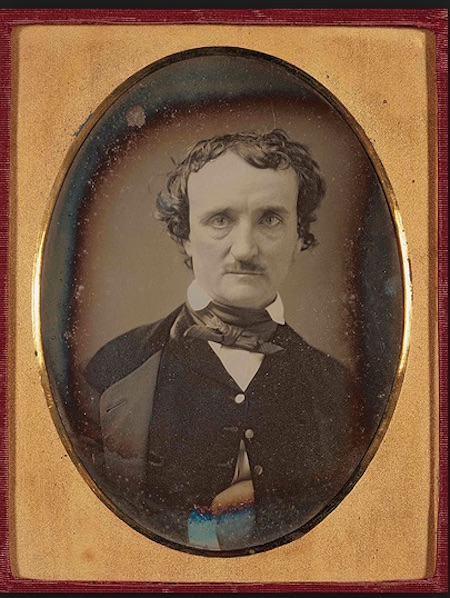 By the late 1880s, photographers began experimenting with lighting and creation of effects to add flair and artistic imagery to their photographs, becoming almost painterly in their approach. Employing artifice and techniques, they began transforming photography into a more artistic medium, creating a style of imagery called pictorialism. Manipulating printing negatives by employing carbon, platinum, or other exotic combinations and then often etching the image as well, they began what English photographer George Davison called “painting with light.”

Portrait photographers began practicing some of the same techniques in their work, aiming to capture not only the personalities of their sitters but to also display some of their own talents as well. Early Los Angeles film photography pioneers like Albert Witzel, Fred Hartsook, and Frank Hoover originally shot portraits of well-to-do and theatrical figures employing simple black or white backgrounds and focused on close-ups or “head shots” of their movie star clients that Joel Finler points out could be easily reproduced on postcards for distribution to fans or movie theatres.

Within a few years, emulating the work of artists, movie photographers began employing Rembrandt and chiarscurro lighting and their studios began etching negatives to create lovely, romantic backgrounds to images. Most of the work producing these gorgeous tableaux fell to unknown and unsung women such as actress Nell O’Day’s mother, who created shots that featured simple forests and outdoor scenes. Stars themselves often sent these stills to newspapers and magazines in hopes of stoking their fan base as well idealizing their image.

In the teens, avant-garde artists and surrealists began introducing more elaborate forms of manipulation in the creation of images, blending elaborate lighting and production design, mechanical reproduction, and exotic effects like double printing, overexposure, and use of mirrors to expand the artistic expression of photography. Renowned American photographers Alfred Stieglitz and Karl Struss blended technical and artistic achievement in creating stunning images. James Abbe, famous New York photographer himself, shot both scene and portrait stills for such films as D. W. Griffith’s “Way Down East” and even for Mack Sennett productions. Edward Steichen created works of arts in his stylized portraits of celebrities for Vogue and Vanity Fair.

Struss himself employed some of these same practices in Hollywood portraiture in the late teens and early 1920s, creating romantic, idealized images of stars like ones of Gloria Swanson in Cecil B. DeMille’s “Male and Female” in 1919. Producer Jesse Lasky had urged just this sort of thing for marketing purposes when he asked directors and photographers to supply “such attractive, unique and artistic photographs as will materially assist our work.” At this time, motion picture studios began organizing their own photography studios to maintain quality, output, and control of images selling their products, films and stars.

As lensmen like Max Munn Autrey, Erbest Bachrach, and Eugene Robert Richee began practicing these techniques, they produced the glamorous, sensual iconography of the motion picture star employed by film studios from the 1920s through the 1940s, the hey day of Hollywood’s stunning photography work. George Hurrell manipulated and retouched negatives to create stunning, sophisticated portraits of film stars. Other stillsmen employed as much production and lighting design to their images as Cedric Gibbons sketching a luxurious MGM set, producing stunning images of beauty and power, perfect eye-catching tools for theatre lobby displays, fan magazines, and newspaper layouts. 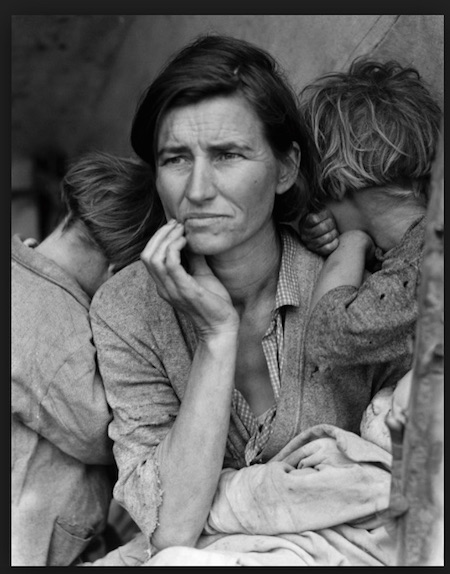 With the advent of the Depression, photojournalists began documenting hard-edged reality, warts and all instead of creating a whitewashed image of conditions or situations. Walker Evans, Margaret Bourke-White, and Dorothea Lange shot telling images of struggling workers in California, with Lange’s iconic “Migrant Mother” revealing both the dignity and despair of such people. Combat photographers like Robert Capa and Joe Rosenthal captured both the horror and glory of World War II, and in New York, Weegee (Arthur Felig) became renowned in the 1940s and 1950s for his dramatic crime photographs.

Hollywood film studios shifted their focus to more telling realism in the late 1940s and 1950s as well, influenced by these events and the darkening mood of the country following the war. After the landmark 1948 anti-trust Paramount decree, which forced film studios to divest themselves of their theatre chains, studios began shrinking, cutting their workforces and reducing their output. Dark times and less employees also helped push stills in a more naturalistic though idealized direction. Stars agreed to be photographed without makeup, in natural lighting, with independent photographers like Howell Conant, Douglas Kirkland, Phil Stern, and John Engstead leading the way. 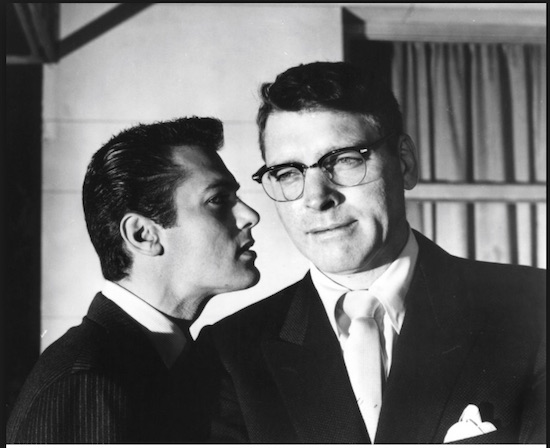 By the 1960s, most studios maintained skeleton stills departments, and photojournalists, freelance photographers, and fashion lensers took up the slack. They continued advancing away from the studios’ traditional forms of stills photography into more adventuresome and popular avenues, often at the behest of stars they were shooting. Today, while some major photographers like Annie Leibowitz craft portraits for entertainment purposes, most stars rely on more personal and direct images they shoot themselves and post to Instagram, Twitter, and Facebook, cutting out the middleman, and often the art, as well.

Mary Mallory is a film historian, photograph archivist, and researcher, focusing on Los Angeles and early film history. She is co-author of the book Hollywood at Play: The Lives of the Stars Between Takes (with Stephen X. Sylvester and Donovan Brandt) and writes theatre reviews for The Tolucan Times and blogs for the LA Daily Mirror. Mallory served on Hollywood Heritage, Inc.’s Board of Directors, and acts as a docent for the Hollywood Heritage Museum. You can follow her on twitter at @mallory_mary.