Hitchcock at the Box Office

About eighteen months ago I was commissioned to write Darkness Visible

, a short book of 15,000 words on my six favorite Hitchcock films. Delighted as I was to be asked, my first question to my publisher was: “Why the limit? Any Hitchcock fan could easily rattle off a dozen.” However, there was no arguing with the publisher. And although I enjoyed writing the book as well as felt confident about my selections, there was a nagging guilt that I had somehow short-changed British masterpieces like The 39 Steps and The Lady Vanishes.  Coincidentally, after the book was published, I took my then-fiancée (now wife) for afternoon tea to Cameron House Hotel in Loch Lomond, Scotland, where The 39 Steps was continually shown on a screen above the bar. Needless to say, it turned into a longer afternoon than planned as we sat and re-watched the classic. 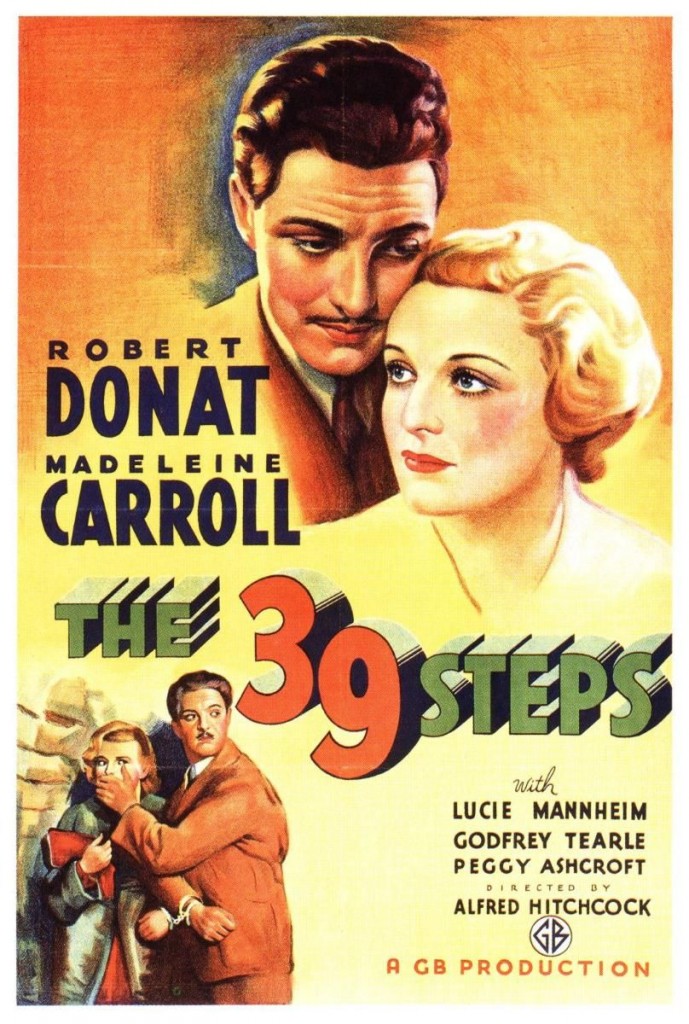 The 39 Steps may be one of Hitchcock’s most perfect scripts.  Setting aside the thrilling suspense we’ve all come to expect from a Hitchcock film, the narrative shows an early maturity in that the story is built on the foundation of human relationships. While Donat and Carroll are the most obvious, the plot twists hinge on three other marriages. The crofter’s wife helps Donat while her jealous husband betrays him; the professor’s wife is surprisingly complicit in her husband’s evil-doing, while the soft-hearted innkeepers assist Donat and Carroll in evading the law. Apart from the crisp story-telling, what I enjoy most about this early Hitchcock film is seeing early uses of thematic and images that would be repeated in later films. The shoes at the beginning of The 39 Steps are reminiscent of the startling opening of Strangers On a Train; the train emerging from the tunnel echoes a train entering a tunnel in North by Northwest; and action seen while scrambling over the moors has similarities to the Mount Rushmore chase scene, also in North by Northwest. And, of course, that is without mentioning Hitchcock’s mastery of the sexual frisson – the removal of Madeleine Carroll’s wet stockings while still handcuffed to Robert Donat is just classic Hitchcock. 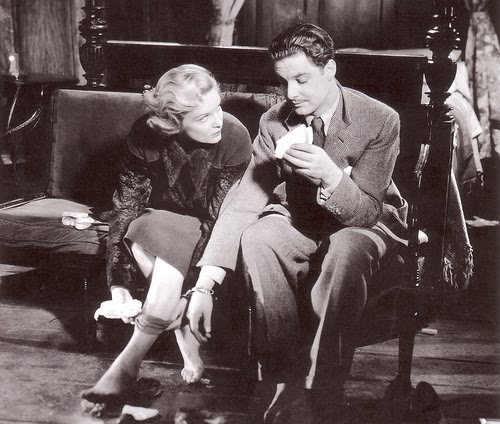 So, naturally, I was curious about The 39 Steps’ initial reception. Prior to writing the Hitchcock book, I had been working on another book about the making of David Lean’s Lawrence Of Arabia

and spent months researching trade newspaper archives that presented an alternative version of that film’s production and development.  So with no idea what I would discover about The 39 Steps, and certainly with no intention of writing another book, I dug into the archives.  According to Variety magazine, The 39 Steps was a massive hit in Britain, playing in first-run cinemas in London’s West End for four months. It was so successful that when its run at one first-run theatre ended it was snatched up by another cinema. In this fashion, it was shown in an unprecedented four of the West End first-run cinemas. According to biographer John Russell Taylor it was also ‘a sensational success in the States’, paving the way for Hitchcock’s move to Hollywood. I had no reason to believe this was not true especially as the other major biographers, including Donald Spoto and Patrick McGilligan, backed up the notion that producer David O Selznick hired Hitchcock based on his box office success in America. However, I was shocked to learn that was not necessarily true.

In the 1930s movies did not open nationwide, but in different cities at different times. The 39 Steps did not open, as you might expect, in New York or LA, but in Boston.  The film did reasonably well and was the third most successful film at the box office that week.  But from there it went to third-to-last in Washington, second-to-last in New Haven and Providence, and last in Philadelphia. This did not sound like ‘a sensational success’ to me. Upon further investigation, tracking the opening of The 39 Steps in over 20 major cities, I found out that Taylor was wrong about the film. The 39 Steps had not been a hit. So I continued to research, going back to earlier the same year for The Man Who Knew Too Much and going forward three years to The Lady Vanishes. What I discovered was that both of those films had generated even less money at box office than The 39 Steps. 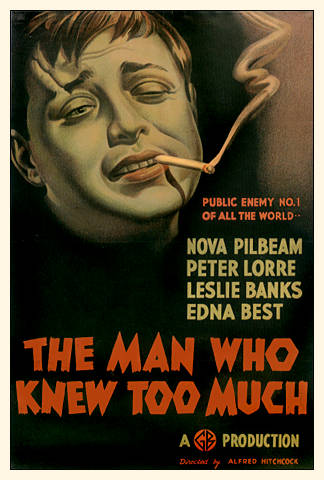 Also featured in the book, The Man Who Knew Too Much (1934, Alfred Hitchcock director)

So that got me thinking: Why had these films not done as well as we have all been made to believe? Why did the major biographers think these films had been hits? And, more importantly, how did that affect our knowledge of Hitchcock when he finally crossed the pond to Hollywood?  I had to write another book to find out.

Hitchcock At The Box Office Vol. 1

is the result. It not only covers the three films mentioned above in considerable detail but also examines the commercial forces that dictated the marketplace Hitchcock found himself in. For the first time it places Hitchcock in the context of the marketing of the film business in the early-to-late 1930’s. Above all, it explains why, contrary to previous thinking, Hitchcock was extremely lucky to be offered a contract in Hollywood at all. 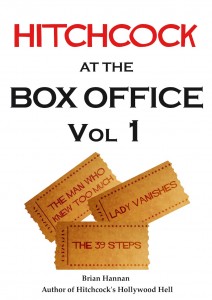 If you’re interested in reading, Hitchcock At The Box Office Vol. 1 you can find it on Kindle at Amazon here.