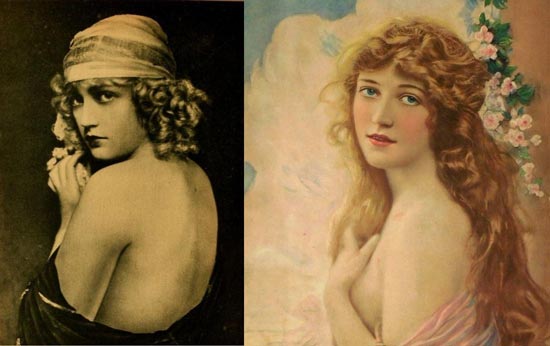 At nineteen years old, Marion appeared in the Ziegfeld Follies of 1916 and Ziegfeld’s production Miss 1917. In both, she did little else but hoof or pose prettily. However, this was enough to catch the attention of audience member and close friend of Ziegfeld, William Randolph Hearst. Hearst went on to fund the building of the Ziegfeld Theatre and, of course, he also went on to fall in love with Marion and help her career. If Marion had not been a Ziegfeld girl, she and Hearst may have never met. Hard to imagine! 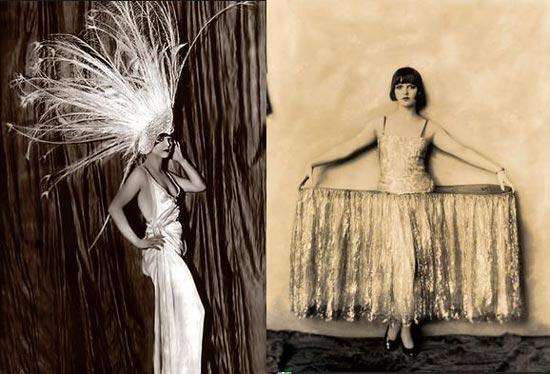 Louise Brooks, arguably the most quintessential flapper, appeared in two Ziegfeld shows: the musical comedy Louie the 14th starring Leon Errol and the Ziegfeld Follies of 1925. She, like Marion Davies, was only nineteen years old. She went on to appear in Earl Carroll’s Vanities, a copycat revue of the Follies, before sealing her fame as a silent film icon. 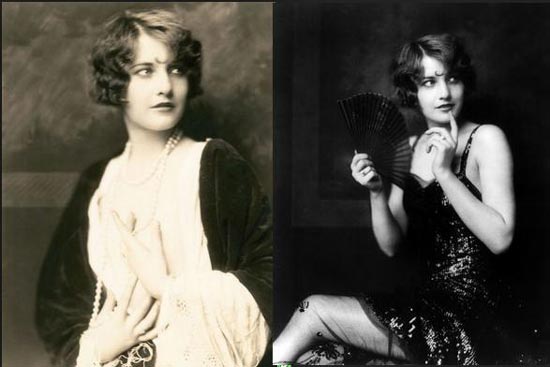 Barbara Stanwyck, the Frank Capra heroine and film noir femme fatale, appeared at the tender age of sixteen in the Ziegfeld Follies of 1922 and 1923. “I just wanted to survive and eat and have a nice coat,” Barbara said of this time in her life. Watching Barbara dance in the 1941 film Ball of Fire in a sexy, sparkling costume, one can easily imagine her as a Ziegfeld girl! Incidentally, she appeared under her real name, Ruby Stevens, in the Follies. 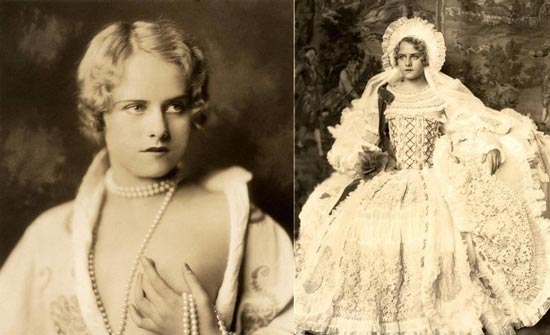 Like Barbara Stanwyck, Paulette Goddard appeared in a Ziegfeld show at age sixteen. She was a chorus girl in No Foolin’, a show that premiered at Ziegfeld’s Palm Beach venue before moving to Broadway. No Foolin’ was Paulette’s sole Broadway credit. She went on to appear in other musical films such as Second Chorus (1940) with Fred Astaire, but is best remembered for her sparkling performances in such classic comedies as The Women (1939) and The Great Dictator (1941). 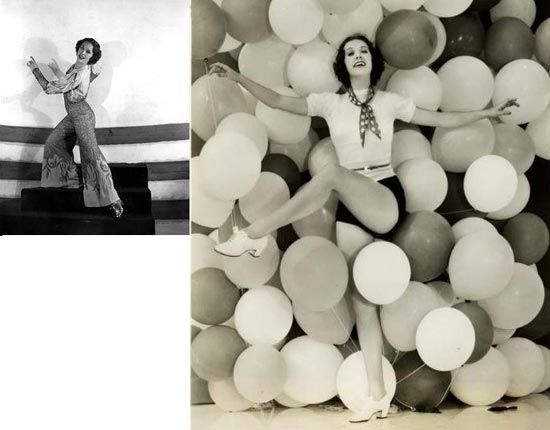 Eleanor Powell, the fastest tap dancer on screen until Ann Miller stole the title, appeared in Ziegfeld’s final show, Hot-Cha!, in 1932. The twenty year-old Eleanor tap-danced in colorful silk slacks between acts in the Bert Lahr/Lupe Velez musical comedy. Her career soared in the late 1930s and early 1940s, especially through the Broadway Melody series of films.

There are many other girls who made the transition from Ziegfeld girl to screen star—Mae Murray, Billie Dove, Marilyn Miller, Fanny Brice—but the five ladies spotlighted above are seldom remembered for their stage work because of how successful they became in Hollywood. Ziegfeld once said “I make talent.” Perhaps—and these girls had plenty of it!