Groucho Marx and Margaret Dumont: Maybe not the most romantic Dynamic Duo in Classic Film — but certainly one of the funniest…

I’ve been a huge fan of The Marx Brothers ever since I was a little kid (thanks to my father) — and to this day I still laugh out loud when I watch their films, marveling at their impeccable comic timing, their fast-paced witty dialog, and their masterful musicianship. But, whenever I think of The Marx Brothers, I also inevitably think of their fabulous comic foil, Margaret Dumont — in fact, I almost think of Dumont as one of the Marx Brothers. Interestingly enough I’m not alone in that notion, because in the words of the legendary Groucho Marx — Dumont was “practically the fifth Marx brother.”

Groucho and Dumont were a magnificent and inimitable comic pairing — Dumont playing the ever-so-sophisticated but more-than-slightly confused wealthy dowager (complete with gowns and tiaras!)– and Groucho playing the ‘devil-may-care’ suitor who, via his slapstick shenanigans and gold-digging fast-talk, alternately romances and insults Dumont to the hilt! Their witty wordplay is such fun and so rapid-fire that I find myself constantly rewinding their scenes so that I can revel in the subtle (and not-so-subtle) absurdities of their exhilarating and intelligently-funny dialog!

So, that said, here’s to the perfectly matched pair — the hilariously quick-witted Groucho, and perfectly straight-laced Dumont! 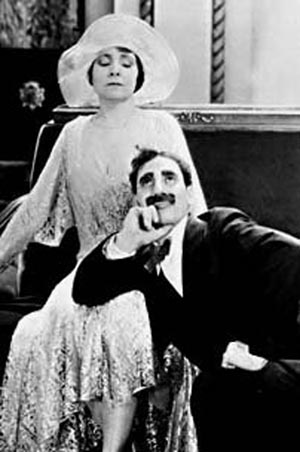 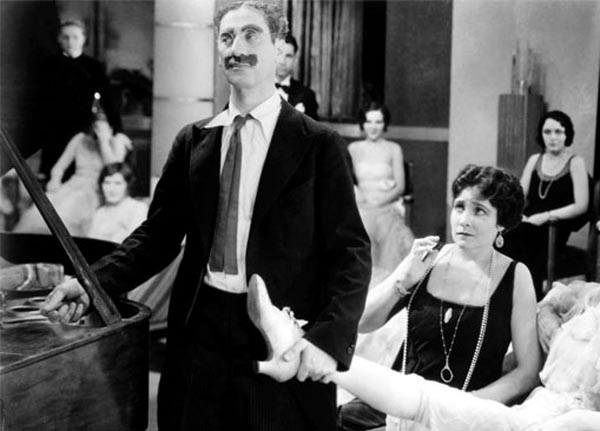 Mrs. Rittenhouse: Captain, this leaves me speechless.
Capt. Spaulding: Well, see that you remain that way. 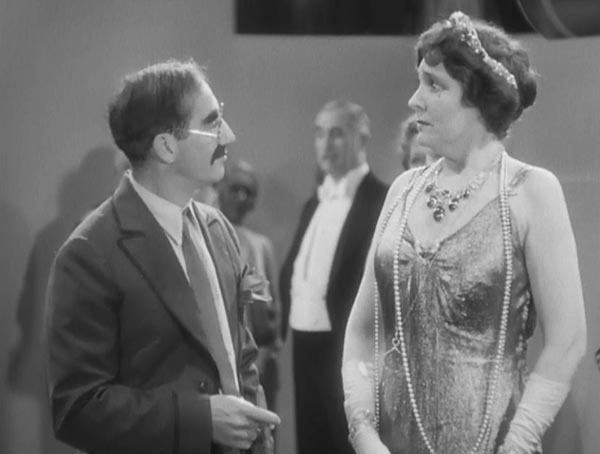 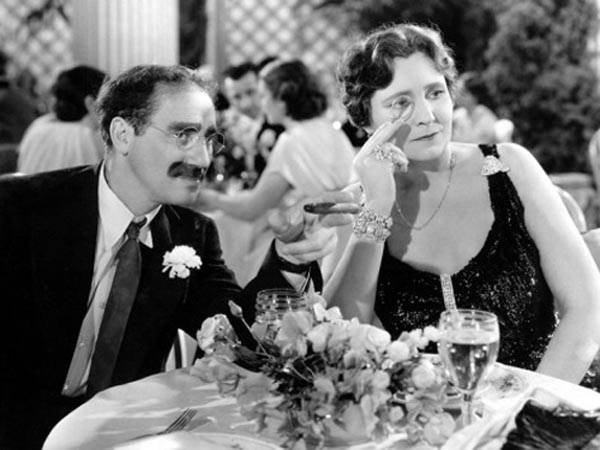 Groucho Marx as Otis B. Driftwood and Margaret Dumont as Mrs. Claypool in A Night at the Opera  (1935, director Sam Wood)

Groucho Marx as Dr. Hugo Hackenbush and Margaret Dumont as Mrs. Upjohn in A Day at the Races (1937, director Sam Wood)

Mrs. Upjohn: Hugo, I’m disappointed in you. To think of you dancing with that strange woman!
Dr. Hugo Hackenbush: Well don’t think of it. Think of me dancing with you!
Dr. Hugo Hackenbush (as he’s dancing with Mrs. Upjohn but looking over her shoulder and really talking to the beautiful blonde behind her): I’m crazy about you. Nothing will ever come between us again. You don’t know how lonely I get night after night in my little room at the Sanitarium…Room 412.

Mrs. Suzanna Dukesbury: We must have regard for certain conventions.
J. Cheever Loophole: One guy isn’t enough. She’s gotta have a convention. 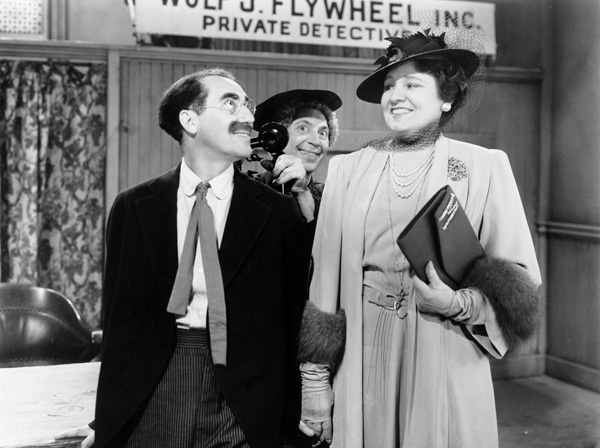 Martha Phelps: Oh, I’m afraid after we’re married a while a beautiful young girl will come along and you’ll forget all about me.
Wolf J. Flywhell: Don’t be silly. I’ll write you twice a week.

And just for fun, another image – from Duck Soup: 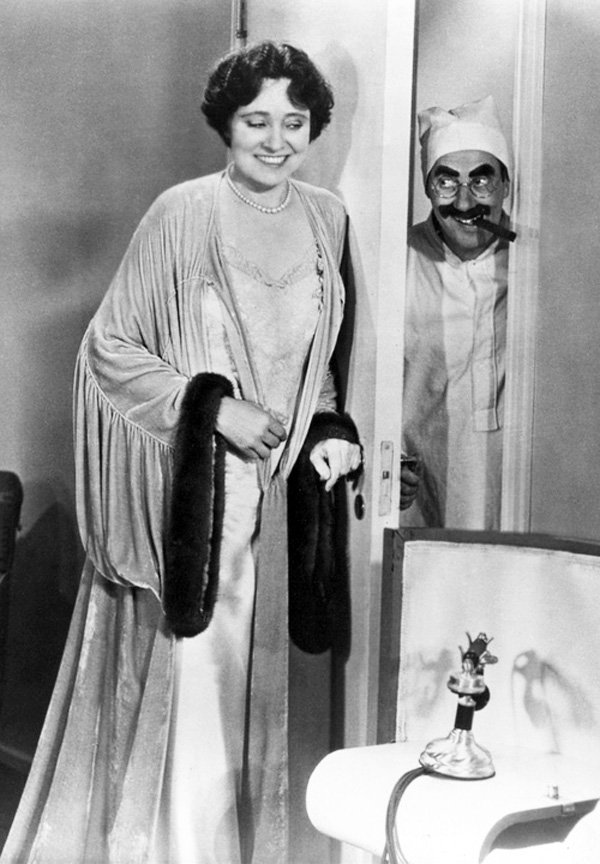 And that is my entry for the Dynamic Duos in Classic Film blogathon — but there are sooooo many more wonderful Classic Bloggers participating in this event. So, if you want to take a look at the on- and off-screen stories of more Dynamic Duos, please be sure to check out the other entries.  I am honored to be co-hosting the event alongside Aurora of Once Upon a Screen. 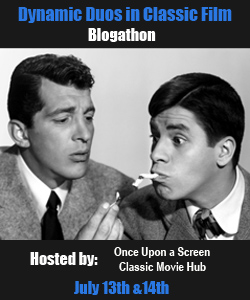