Some legends represent the very best classic Hollywood has to offer. They are the very embodiment of that unobtainable glamour, a lifestyle seemingly built on quick-witted dialog, perfect wardrobes and Technicolor magic. They allow the audience to escape into that most beautiful world of fantasy, if only for an hour and a half.   Others legends, however, remind us of the very worst classic Hollywood has to offer. And, unfortunately, Butterfly McQueen is one of those stars.

Now, please, don’t get me wrong. I’m not saying that McQueen herself is representative of the worst Classic Hollywood has to offer. No, by all accounts McQueen was a very lovely, very smart person. What I am saying is the treatment that McQueen received from the Hollywood System pretty much represents the worst Classic Hollywood had to offer. Although I may adore classic film more than most things in life, that does not give it a “free pass” from being criticized for its injustices.  I, for one, believe it’s important to be critical of everything, especially the things you love. And as much as I love Classic Hollywood, it could be a very sexist and racist place, making it very difficult for any person of color to attain true success. 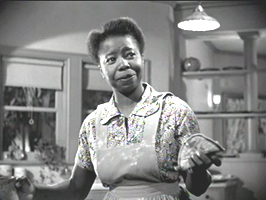 Although McQueen longed for roles that would allow her to show her range as an actress, she was always relegated to the only role Hollywood would allow any black woman to have: maid. After playing ‘the help’ in films such as Mildred Pierce and Fame of Barbary Coast, and frustrated at her lack of prospects,  McQueen would leave Hollywood and go on to hold a slew of other jobs while occasionally appearing on Broadway. She would also go on to earn a bachelor’s degree in political science from New York’s City College. Not bad for someone who “don’t know nothing ‘about birthin’ babies.” In regards to her most famous role, Prissy, in Gone with the Wind, McQueen had to say this: 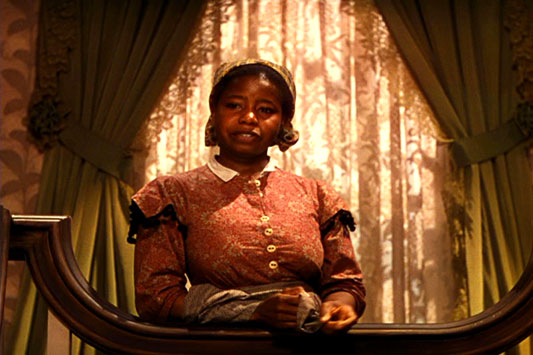 Butterfly McQueen is her most famous role, Prissy in Gone With the Wind (1939, Victor Fleming director)

“Now I am happy I did Gone With the Wind. I wasn’t when I was 28, but it’s part of black history. You have no idea how hard it is for black actors, but things change, things blossom in time.”