Wonderful saying, right? One thing I’ve always loved about Classic Hollywood is that you can find a whole slew of history-making ‘not-so well behaved’ women. And one woman in particular that I would like to talk about today is birthday girl, Bette Davis. 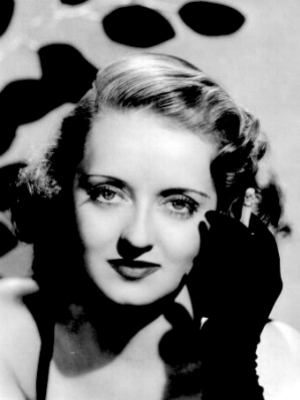 Forget Beyonce, here is the Original Queen B

Bette Davis loved to work. She lived by the mantra that more than family, more than friends, your work is what you leave behind. Your work is your legacy. And because of that, she demanded control over her roles and her image. Of course, this is the time of the famed Studio System, when both your onscreen and public persona were carefully crafted by the studio machine. Davis, being the not-so-well-behaved woman that she was, balked at this. Feeling stifled by her contact at Warner Brothers, she did the unthinkable: she sued the studio.

Bette Davis as one of her most misbehaved characters in Jezebel (1938, director William Wyler)

After being forced to star in movie after movie that she felt were beneath her talent as an actress and sometimes contrary to her personal views, Davis sued Warner Brothers to get out of her contact. This, of course, is something no ‘well behaved woman’ would do. And as much as I would love to say she won and lived happily ever-after, she didn’t. In fact, she lost and returned to Hollywood in debt — and at Warner Brothers. However, her bad behavior must have garnered some attention because when she returned, she began what can be arguable be considered the greatest phase of her career.  From Marked Woman to Jezebel from Little Foxes to Now Voyager, Davis was finally given roles worthy of both her talent and star power.

But without the gall to sue Warner Brothers, who knows where she would be. Probably not one of the greatest leading ladies in the history of Hollywood.  So, go on ladies, take chances, have a voice and above all, misbehave.