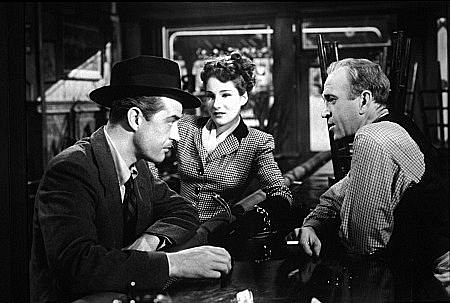 The Lost Weekend is an extremely tough film to watch since it’s extremely accurate in its portrayal of the disease known as alcoholism. The Lost Weekend is a haunting film, and it’s so well done by Billy Wilder that you can’t take your eyes off of the screen. The film focuses on the struggles of Don Birnam (Ray Milland), who is an alcoholic New York writer. We’re brought into this man’s life at his most vulnerable point, when he is desperate for a drink and must escape the watchful eyes of his girlfriend and brother — and it’s terrifying for us to experience his torment and degradation. We follow Don for four days as he gives in to his alcoholic urges by stealing money, pawning his possessions, and borrowing money from a woman who he lied to earlier in the film. Ray Milland is truly amazing in his role and is a well deserving recipient of the Best Actor Oscar. Milland brought a realistic element to the role which is the only way a movie like this would work. It should be noted that the “character walking toward the camera as neon signs pass by” camera effect was made famous by this movie. The Lost Weekend would go on to win four Oscars, one being the Best Director Oscar that Wilder should have won for Double Indemnity.

Nat: One’s too many an’ a hundred’s not enough. 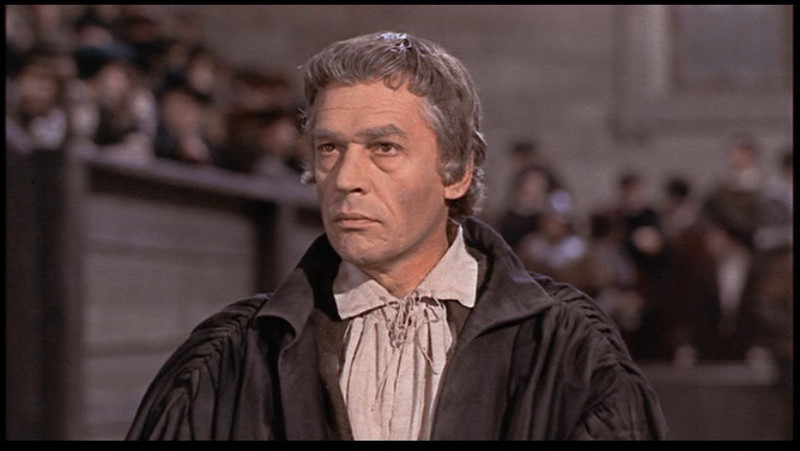 I’m not the strongest when it comes to history outside of the States. In fact, to be completely honest, the majority of history that I learn is from movies! I know who King Henry VIII is, but ask me about his life (aside from his numerous marriages) or ask me about anything he’s done, and…well…’d be stumped. A Man for All Seasons is a biographical film that focuses on the story of Sir Thomas More, who was the only member of the Privy Council to refuse his support to help the King obtain a divorce. More is depicted as a tragic hero who is motivated by his Roman Catholic faith. To best describe Sir Thomas More, I’ll be using Robert Whittinton’s words that were written in 1520. Whittinton was an English grammarian and a contemporary of More:

“More is a man of an angel’s wit and singular learning. I know not his fellow. For where is the man of that gentleness, lowliness and affability? And, as time requireth, a man of marvelous mirth and pastimes, and sometime of as sad gravity. A man for all seasons.”

A Man for All Seasons has a fantastic cast that features Paul Scofield (who won the Best Actor Oscar), Wendy Hiller, Robert Shaw, Orson Welles, Vanessa Redgrave, and John Hurt in his first major role. A Man for All Seasons was nominated for 8 Academy Awards, which is an impressive amount — although it is surprising to me that it defeated Who’s Afraid of Virginia Woolf?, which earned 13 Academy Award nominations, almost twice the amount of A Man for All Seasons. This would be director Fred Zinnemann’s first Best Picture Oscar and his second Best Director Oscar. What was his first? Just wait and see!

Sir Thomas More: When a man takes an oath, he’s holding his own self in his own hands like water, and if he opens his fingers then, he needn’t hope to find himself again.