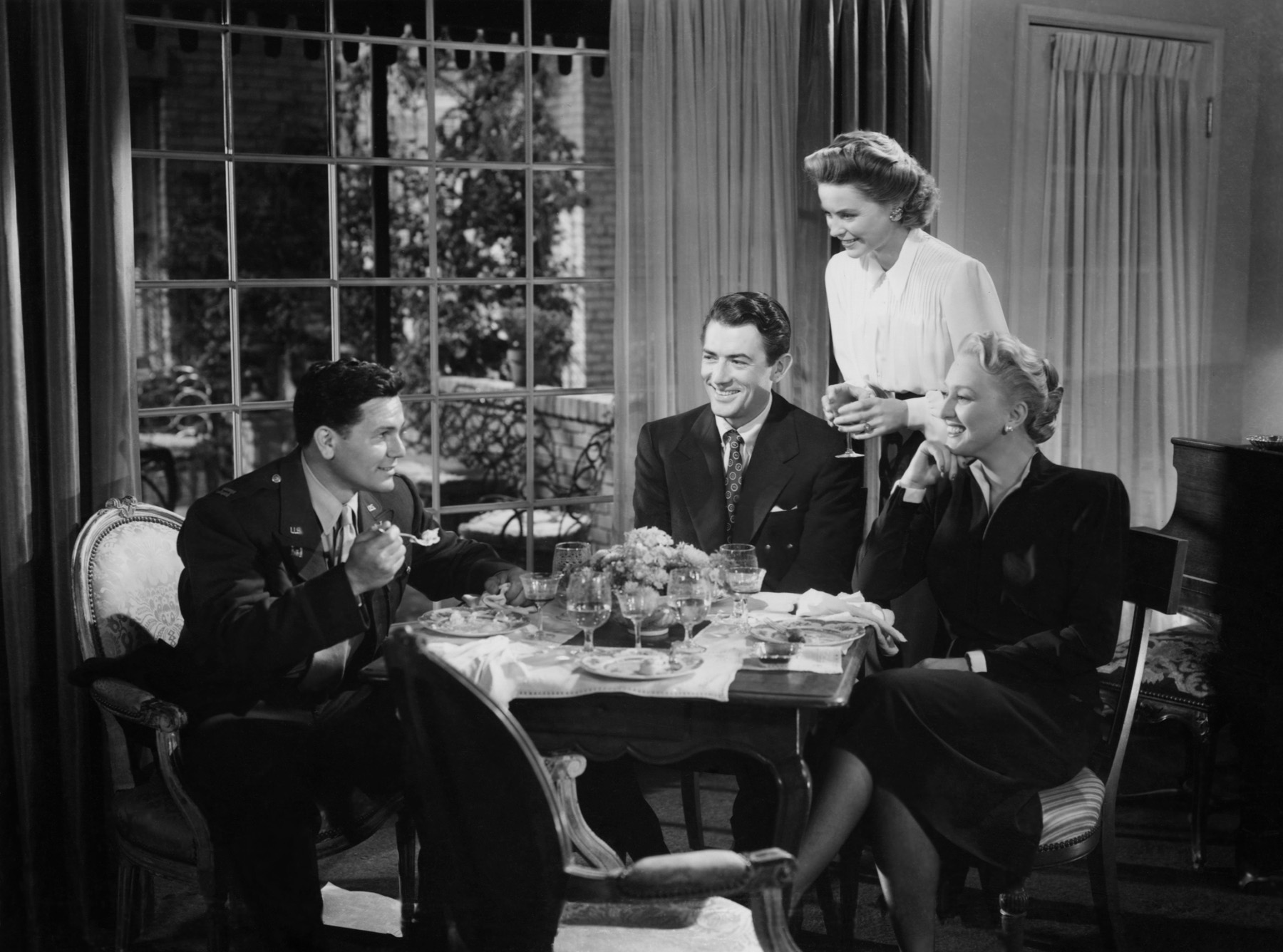 Elia Kazan really has a knack for directing some pretty amazing films. He’s directed classics such as A Streetcar Named Desire, On the Waterfront, East of Eden, and America, America. But the first film to win him Best Director and Best Picture was Gentleman’s Agreement. And this didn’t come without controversy. Given the film’s overtly anti-semetic themes, some Hollywood Execs (many Jewish) were concerned about potential backlash. Some Execs even tried to convince producer Darryl F. Zanuck not to make the film. But Kazan and Zanuck forged ahead with this socially significant film anyway. And, as it turned out, the ‘Jewish-friendly’ (liberal) themed film did, in fact, grab the suspicious attention of the House Un-American Activities Committee.  As a result, Kazan, Zanuck, John Garfield and Anne Revere were called to testify before the committee.   Now, putting aside what was happening off-screen…The film’s plot revolves around the character, Philip Green (Gregory Peck), a journalist that goes undercover as a Jew to conduct research for an article he is writing about anti-semetism.   Green encounters explicit prejudice along the way including professional bias and personal relationship issues, as well as name-calling, discrimination by hotels, etc. Gentleman’s Agreement is a great film that would pave the way for future filmmakers. Kazan took a huge risk in directing a movie of such sensitive nature, and in taking that risk, he created one of the most important films of all time.

Mrs. Green: You know something, Phil? I suddenly want to live to be very old. Very. I want to be around to see what happens. The world is stirring in very strange ways. Maybe this is the century for it. Maybe that’s why it’s so troubled. Other centuries had their driving forces. What will ours have been when men look back? Maybe it won’t be the American century after all… or the Russian century or the atomic century. Wouldn’t it be wonderful… if it turned out to be everybody’s century… when people all over the world – free people – found a way to live together? I’d like to be around to see some of that… even the beginning. I may stick around for quite a while. 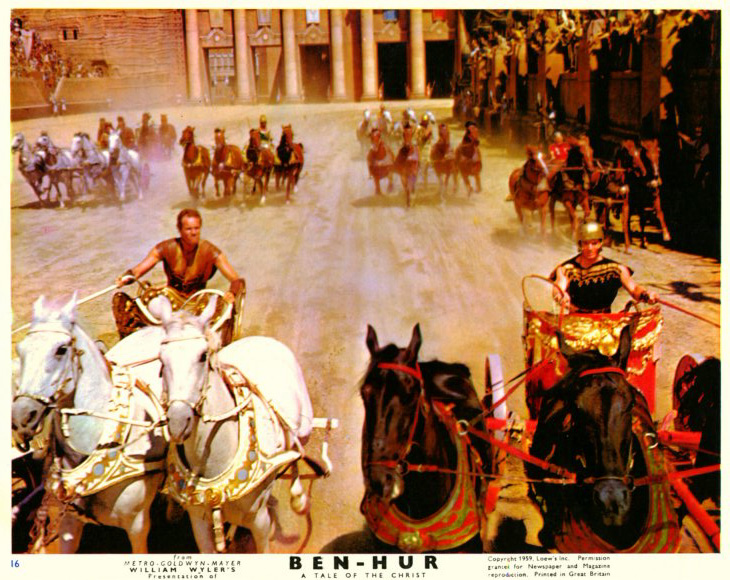 Other Nominated Films:
Anatomy of a Murder, The Diary of Anne Frank, The Nun’s Story, Room at the Top

When I first finished watching the 212 minute epic known as Ben-Hur, I was in awe. I was almost completely immersed in the world of Biblical times. Then I took a step back from the film and realized…that was a very, very long movie. Ben-Hur is one of those movies that you will end up loving or end up hating. You’ll love it for the emotionally-packed scenes, the solid acting, and the wonderfully shot chariot race sequence. Reasons you may hate it? Well. The length. It’s not easy to sit through a movie that’s over three-and-a-half hours long. Some critics and fans have also taken issue with Charlton Heston’s acting. Heston, who received the Best Actor Oscar, does command your attention while on screen, but, as John McCarten of The New Yorker noted, Heston “speaks English as if he’d learned it from records.” I also found it very interesting to learn that director William Wyler himself admitted that he was disappointed with Heston’s acting. The production for Ben-Hur cost MGM $15,000,000, which was a huge gamble by the studio to save itself from bankruptcy. The gamble was worth it as the film would end up making $75,000,000. The film used over 1,000,000 props, 100,000 costumes, 8,000 extras…the list goes on. Ben-Hur is an epic in every way, winning 11 of the 12 Oscars it was nominated for, setting a new record.

Judah Ben-Hur: Almost at the moment He died, I heard Him say, “Father, forgive them for they know not what they do.”
Esther: Even then.
Judah Ben-Hur: Even then. And I felt His voice take the sword out of my hand.