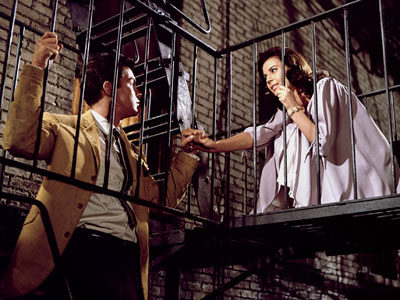 Other Nominated Films:
Fanny, The Guns of Navarone, The Hustler, Judgment at Nuremberg

Please…no one hurt me for having West Side Story this far down on the list. I enjoyed the film, I won’t deny that at all. But compared to films 1 through 23, I had no choice. West Side Story is based on the William Shakespeare play Romeo and Juliet, which is actually my least favorite Shakespearian play…so maybe that played a role in my decision. I will say this about the movie: it’s got some pretty catchy songs (thanks to Leonard Bernstein and Stephen Sondheim) and it’s not a bad romance. It’s definitely something I would recommend for a date night. I was perplexed when I saw the cast list and realized that the majority of the actors and actresses cast as Puerto Ricans in the film were, in fact, white. While their depiction of Puerto Ricans may have been…well…not that great, their acting in general was pretty solid. The basic plot of West Side Story focuses on two lovers who could never be together due to their race difference. Tony (Richard Beymer) is co-founder of the Jets, who are white Americans, and he begins to fall for Maria (Natalie Wood), the sister of Bernardo (George Chakiris). Bernardo is the leader of the Sharks, a rival gang of Puerto Rican immigrants. The film begins with a free-for-all throughout the streets of Manhattan between the two rival gangs, and the violence only progresses as the film goes on towards its extremely thriller climax, which is one of the redeeming qualities of watching the film. West Side Story holds the distinction of being the musical film with the most Academy Award wins (10).

The Jets: [singing] Here come the Jets, like a bat out of hell – Someone gets in our way, someone don’t feel so well. 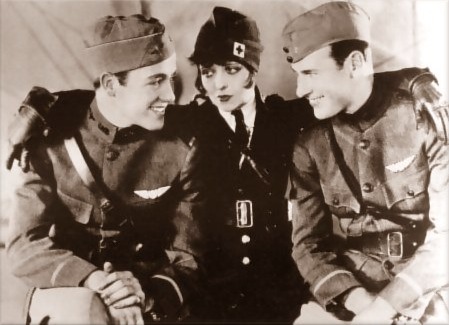 The first film to win the Best Picture Oscar, Wings is a film that has aged extremely well. It’s the only silent film to date to win Best Picture (this could change depending on this year’s results…never thought I’d say that.) There’s a difference when you watch a silent film compared to a talkie…aside from the fact that a talkie has sound. When watching a silent film, you don’t get to hear the conversations taking place, and the title cards only tell you so much. You have to be able to figure out what’s happening on your own, and a good silent film should be able to guide you along the way. When watching Wings, I not only knew what was going on — I felt totally immersed in the world I was watching. Wings, for its time, was a cinematic masterpiece primarily for the flying scenes. When watching these beautiful sequences, I honestly couldn’t believe I was watching a film from 1927. The aerial sequences are scenes that even the best directors would have trouble duplicating today. Wings is also just a really good story that focuses on two men who grew up being enemies yet become the best of friends in war. Wings is one of the first films to depict two men kissing, and it’s one of the first widely released films to show nudity, which even surprised me. Wings is a must-see for anyone who loves the Classics.

Mary Preston: D’you know what you can do when you see a shooting star?
John “Jack” Powell: No, what?
Mary Preston: You can kiss the girl you love.