Yes, Gene Kelly will sing in the rain, Bette Davis will fasten her seatbelt, Jack Lemmon will get engaged — and Classic Movie Hub will be giving away tickets to 14 TCM Big Screen Classics throughout 2017, thanks to our 2nd consecutive year-long partnership with Fathom Events!

We are thrilled to say that this year we’ll be giving away EIGHT PAIRS of tickets to EACH FILM in this fabulous series of classics. And, just like last year, it will be simple to enter… All you have to do is check back on this Blog every month OR follow us on Twitter at @ClassicMovieHub or on Facebook for our monthly contest announcements. Then complete that month’s entry task, and you will be entered into a random drawing to win a pair of tickets to that month’s movie event! That’s it! And there is no limit to how many contests you enter (and win) during the year — so feel free to enter all 14 of them…

So now, just a little bit of info about the series…

The “TCM Big Screen Classics” series presents one or more films each month at select theaters nationwide – all accompanied by specially produced commentary from TCM host Ben Mankiewicz or Saturday-afternoon host Tiffany Vazquez that provides unique insight and behind-the-scenes stories and tidbits. The films span over five decades and include some of the most fun and/or beloved classics of all time, in the format in which they were meant to be seen — on the Big Screen!

If you can’t wait to win tickets, and prefer instead to buy them, they can be purchased online by visiting www.FathomEvents.com, or at participating theater box offices. For a complete list of theater locations visit the Fathom Events website (theaters and participants are subject to change).

And, now, for the fabulous films 🙂 AND I must admit, some of my all-time favorites!!!

JANUARY: Singin’ in the Rain

FEBRUARY: An Affair to Remember 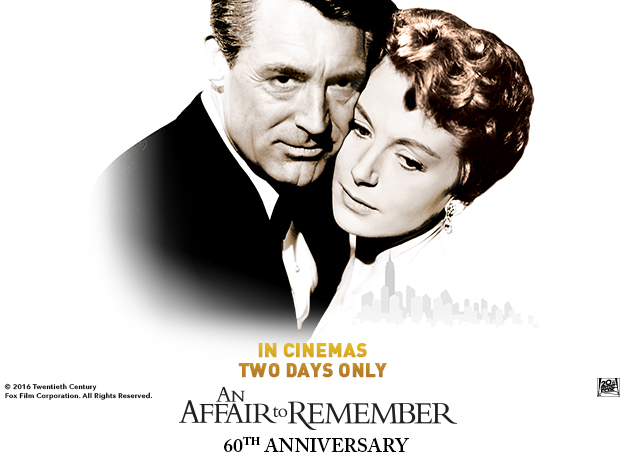 Cary Grant and Deborah Kerr star as the two lovers who meet by chance on a trans-Atlantic voyage and fall in love despite their existing relationships. When they agree to meet six months later atop the Empire State Building, they cannot foresee the tragic circumstances that will test the limits of their devotion.

MARCH: All About Eve

Backstage backstabbing and treachery has never been as deliciously fun or as intensely dramatic as it is in All About Eve – which is tied only with Titanic for the most Academy Award® nominations for a single film. With a record-breaking four nominations in female acting categories (Bette Davis and Anne Baxter as Best Actress and Celeste Holm and Thelma Ritter as Best Supporting Actress), it remains one of the most riveting dramas ever made.

APRIL: North by Northwest and The Graduate

This Alfred Hitchcock cross-country adventure offers non-stop thrills and a bit of romance. Cary Grant stars as Roger O. Thornhill, a man wrongly accused of murder, who hops on to a train … and into the lap of Eve Kendall (Eva Marie Saint). All the while, he’s pursued by the sinister Philip Vandamm (James Mason), who is convinced that Thornhill is a spy.

Dustin Hoffman stars as the confused, floundering Benjamin Braddock, a new college graduate who seems to have no ambition in life until he crosses paths with the very married Mrs. Robinson (Anne Bancroft).

MAY: Smokey and the Bandit 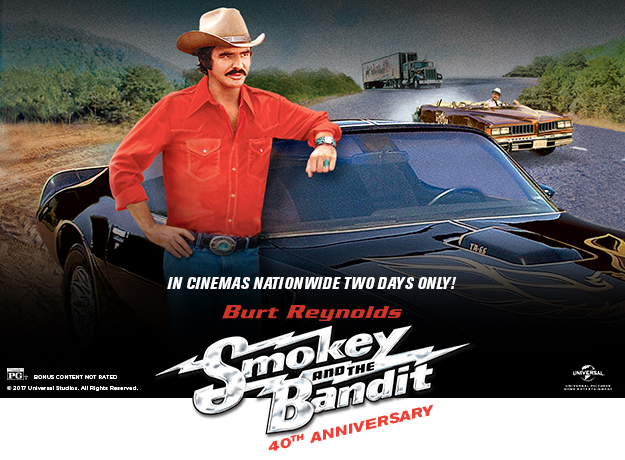 The Bandit (Burt Reynolds) has 28 hours to drive a truckload of Coors beer from Texas to Georgia while avoiding the relentless “Smokey,” Sherrif Buford T. Justice (Jackie Gleason). 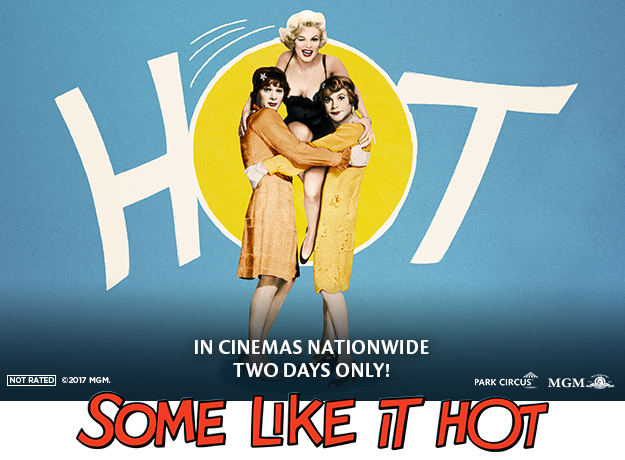 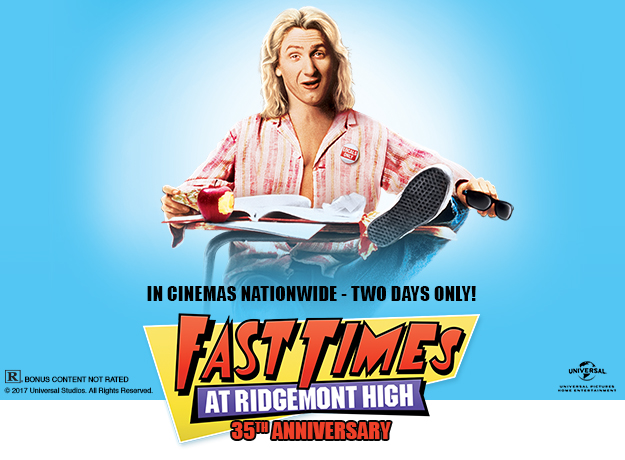 Director Amy Heckerling’s adaptation of Cameron Crowe’s book defined a generation by observing the behaviors and habits of teenagers in the early ‘80s with sharpness and an endless wellspring of humor.

Faye Dunaway is Bonnie Parker and Warren Beatty is Clyde Barrow in Arthur Penn’s violent, sexually charged and deeply influential crime drama, a nostalgic look back at notorious outlaws filmed with the passion and zeal of filmmakers who were beginning to explore the boundaries of their craft. Features supporting performances by an exemplary cast that includes Gene Wilder, Gene Hackman, Michael J. Pollard and Estelle Parsons.

Thirty-five years since its release, E.T. The Extra-Terrestrial remains a singular achievement, a movie that enchanted a generation with its sheer moviemaking prowess and its simple, exquisite story of the bond between a little boy and an alien. Directed by Steven Spielberg from a screenplay by Melissa Mathison, it’s one of the rare movies that can be universally defined by a single shot: Elliott and E.T. flying on a bicycle against a full moon. 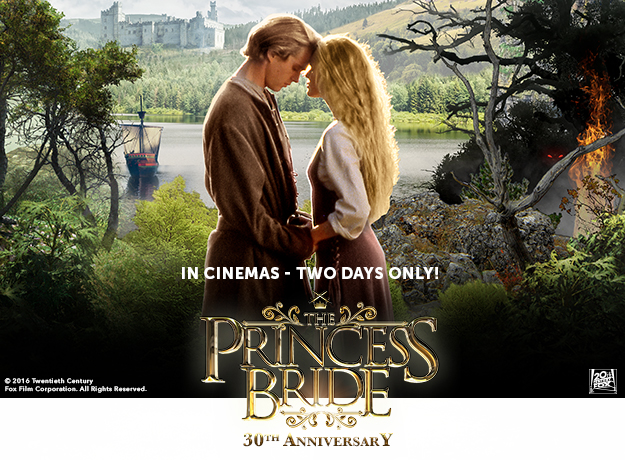 Fencing, fighting, torture, revenge, giants, monsters, chases, escapes, true love, miracles… Director Rob Reiner’s charming fantasy-adventure is a fairy tale like no other, a movie that is as beguiling to adults as it is to children, infused with magic and beauty. Robin Wright stars as Princess Buttercup, with Cary Elwes as her dashing Westley, and Mandy Patinkin as the revenge-seeking Inigo Montoya. The perfect cast also includes Christopher Guest, Wallace Shawn, Andre the Giant, Peter Falk, Billy Crystal, Carol Kane and, as the young boy who gets the best bedtime story ever, Fred Savage.

Perhaps no other movie has become as beloved and as synonymous with Hollywood glamour as Casablanca. Humphrey Bogart is Rick Blaine, owner of Rick’s, the nightclub that everyone in Casablanca attends – including resistance leader Victor Laszlo (Paul Henreid) and his wife, Ilsa (Ingrid Bergman), whose sudden appearance leads to some of the best dialogue ever written for the movies. 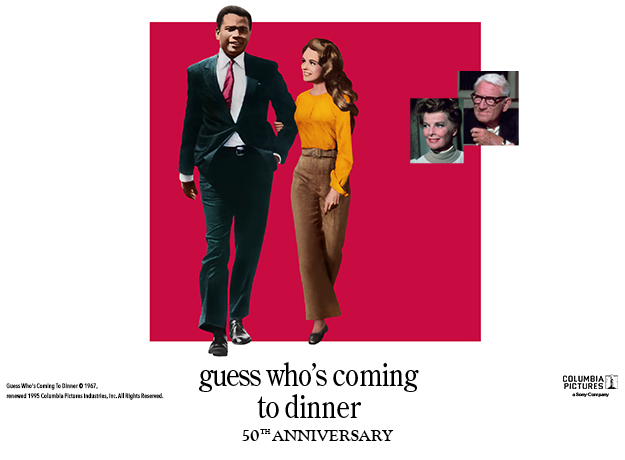 Sidney Poitier delivers a commanding performance as John Prentice, who accompanies his fiancée, Joey, (Katharine Houghton) to her parents’ home – without telling them that he is black. As her parents, Katharine Hepburn and Spencer Tracy star in their final film together. Produced and directed by Stanley Kramer and written by William Rose, Guess Who’s Coming to Dinner was a box-office sensation across the country. It is, in the words of The New York Times, “a deft comedy and – most of all – a paean to the power of love.”

That’s some lineup IMHO 🙂 So please stay tuned for contest announcements throughout the year for your chance(s) to win!

Click here to see the contest rules and more info!

And, click here to enter our first contest of the year!