Comet Over Hollywood Posted by Jnpickens on Jan 9, 2013


The heavens gained several stars this year as classic film stars passed away in 2012. Since Comet Over Hollywood did not give several of them the full attention they deserved, the first few days of 2013 will be dedicated to some of the notable celebrities who left us. Tony Martin with wife of 60 ye read more 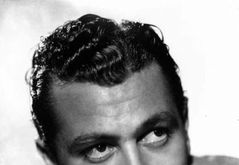 Cinematically Insane Posted by Will McKinley on Jul 30, 2012


“The Zeppo Role” was a relatively thankless part in all Marx Bros. films. After the “fourth brother” left the act following DUCK SOUP (1933), a stream of handsome young leading men took his standard part as the fresh-faced, often-crooning love interest: Allan Jones in A NIGHT read more